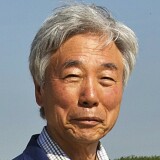 Works by Lee Ufan at Sotheby's 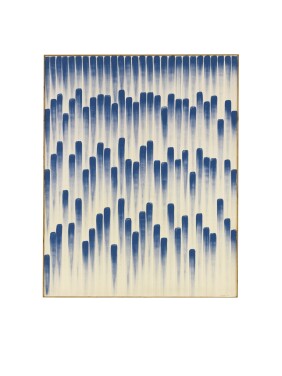 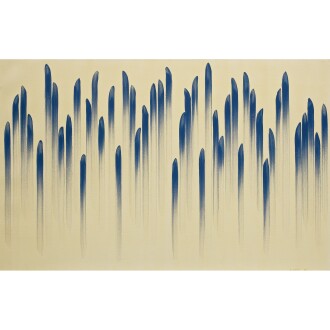 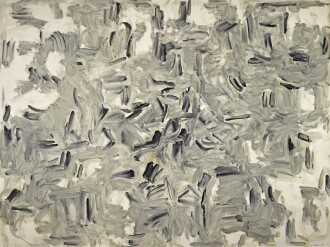 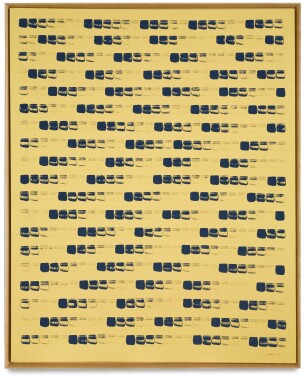 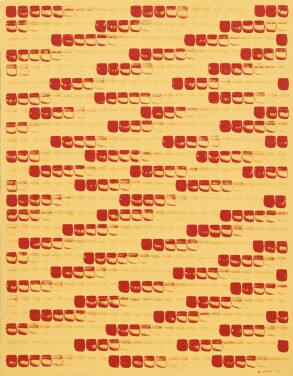 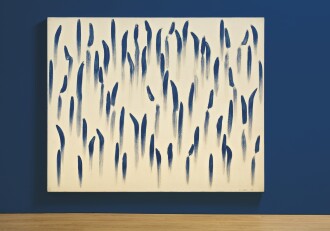 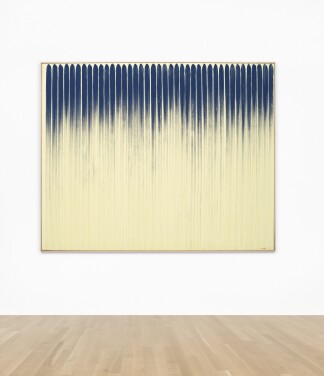 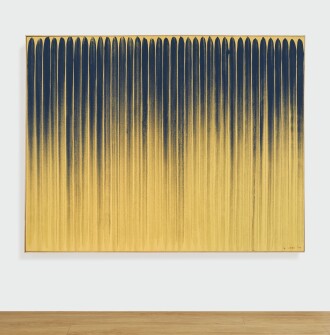 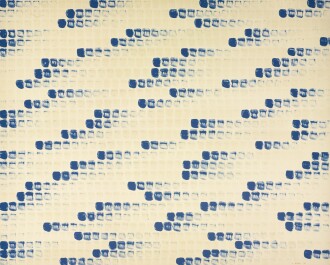 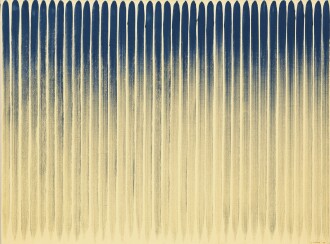 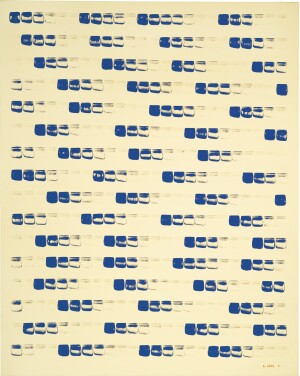 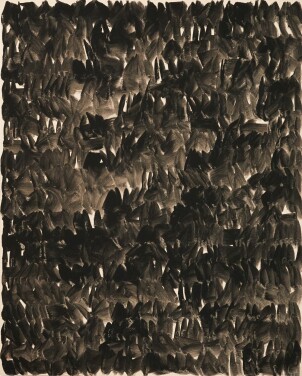 Japan-based, Korean-born artist Lee Ufan is credited with contributing to the development of contemporary art in Japan. Lee’s academic and theoretical work is as respected and important as his painting and sculpture. His 1970 article “Beyond Being and Nothingness – A Thesis on Sekine Nobuo” initiated Mono-ha, a Japanese artistic movement borne of the anti-authoritarian, anti-colonialist sentiments of the late 1960s. Mono-ha, largely led by Lee and his minimalist works, focuses on raw materials to emphasize the relationships between manmade objects and the natural world.

Born in Haman-gun in 1936, Lee studied at the Seoul National University for only two months, before moving to Japan in 1956, where he completed a degree in philosophy five years later. He came to prominence in the Mono-ha movement, producing paintings with single brushstrokes, and then in the 1970s, creating sculptures with an amalgam of industrial materials such as steel plates and rubber sheets, combined with stones and natural objects. His minimalist juxtapositions, a close relative of the contemporary Arte Povera movement in Italy, focus on relationships and perception rather than expression.

He is the author of seventeen books, including the 2007 English-language anthology, The Art of Encounter. He achieved international fame and admiration beginning in the early 1970s, after Tokyo’s major galleries began exhibiting his work. He was awarded the UNESCO Prize in 2000, and the Praemium Imperale for painting in 2001. In 2014, he was the seventh guest artist invited for the contemporary art program of the Palace of Versailles. Lee’s works are held at the Museum of Modern Art, New York; the Centre Pompiou, Paris; the Seoul Museum of Arts; the Tate Gallery, London; and many other major institutions in Europe, the United States, and throughout Asia.

Museums with Works by Lee Ufan

Type: museum
The Museum of Modern Art
New York, New York | New York
Type: museum
Solomon R. Guggenheim Museum
New York, New York | New York
Type: museum
Centre Pompidou
Paris
Type: museum
Tate Modern
London
Type: museum
Kröller-Müller Museum
Otterlo
Type: museum
National Museum of Modern Art
Tokyo
Type: museum
Yokohama Museum of Art
Yokohama
Type: museum
National Museum of Modern and Contemporary Art, Seoul
Seoul
Artist Image: Raphael GAILLARDE/GAMMA-RAPHO
Please note that prior performance of the indexes and realized returns contained herein does not guarantee future results. In addition, there is no guarantee that random collections of individual works of art or stocks will yield index returns. We are not financial advisors and we are not in the business of recommending art as an investment. We also have no comparative advantage in forecasting the future direction of the art market. Investment decisions should be based on the risk return tolerance and time horizon of the investor with, if desired, the support of a licensed financial advisor. This information is provided "as is" and with no representations or warranties either express or implied of accuracy, merchantability, fitness for a particular purpose or of any other nature are made with respect to this information or to any expressed views presented in this information.