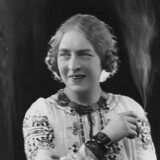 Works by Laura Knight at Sotheby's 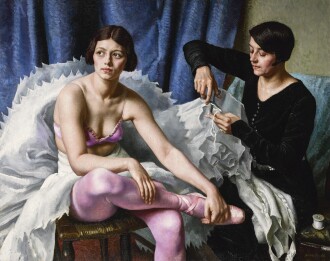 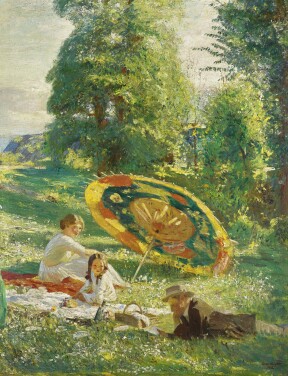 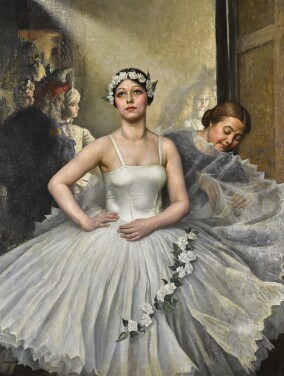 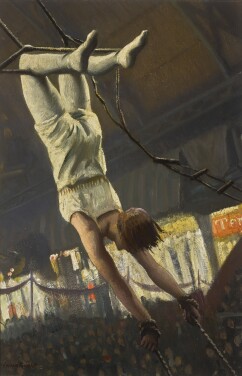 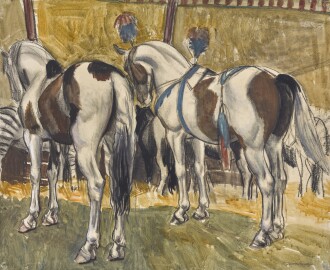 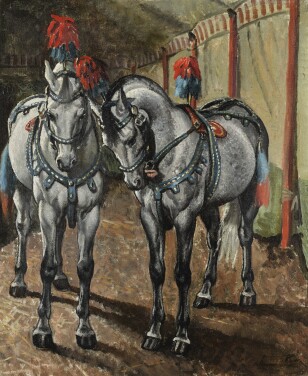 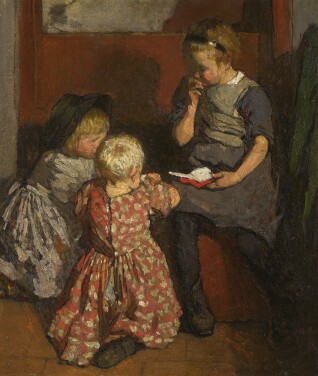 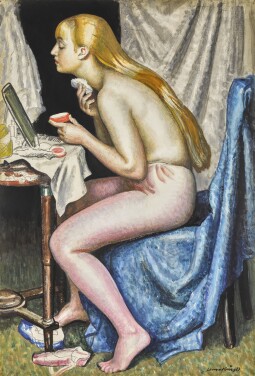 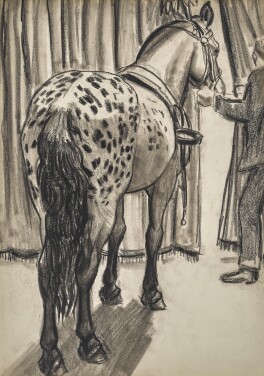 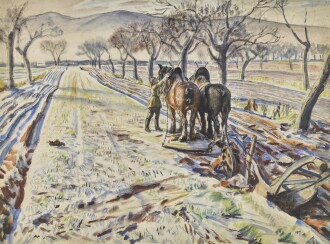 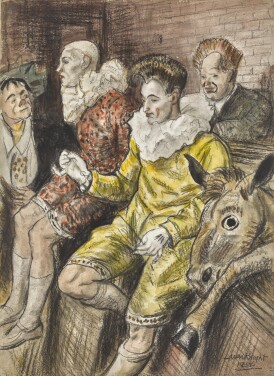 Noteworthy as the first female artist elected to the Royal Academy for full membership – nearly two centuries after the eminent institution's founding – British painter and printmaker Laura Knight was instructed in the academic tradition but was enticed by the openness and luminosity of Impressionism. She was especially celebrated for her dynamic evocations of dancers and circus performers, about which art historian Timothy Wilcox said, “Knight's conquest of movement was a metaphor for all that she set herself to overcome as a woman artist.”

Dame Laura Knight, DBE RA RWS was born Laura Johnson on August 4, 1877 in Long Eaton, Derbyshire. She enrolled as an “artisan student” at the Nottingham School of Art; there she befriended another promising student, Harold Knight, whom she married in 1903. The couple moved to Cornwall where they became prominent members of the Newlyn School of plein-air artists. Knight's large painting The Beach was exhibited to warm reception at the Royal Academy in 1909; during this period, she continued to paint women and children on the rocks and cliffs of the Cornish coast. Her Self Portrait of 1913 was a first for a woman artist: a depiction of herself painting a nude model. The Royal Academy rejected the picture for exhibition and the Daily Telegraph sneered that “it repels." In the ensuing years, her subject matter further expanded to include boxers, ballet dancers, circus folk, tram travelers and child patients in the segregated black wards of Baltimore's Johns Hopkins Hospital. In 1929, Knight was invested as a dame and in 1936 she was made a full member of the Royal Academy. During the Second World War, Knight served as an official war artist, and in 1946, she spent three months observing the Nuremberg war crimes trials to create a monumental allegorical painting. In 1965, the Royal Academy held a retrospective of Knight's work – another first for a woman artist. She died on July 7, 1970 in London.

Laura Knight's work is represented in such collections as the Art Institute of Chicago, the National Museums Liverpool and the Christchurch Art Gallery Te Puna o Waiwhetū in New Zealand.