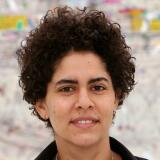 Born 1970.
Interested in selling a work by Julie Mehretu?
Get an Estimate

Works by Julie Mehretu at Sotheby's 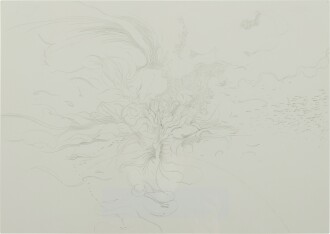 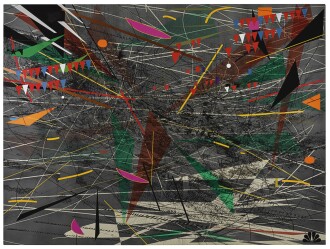 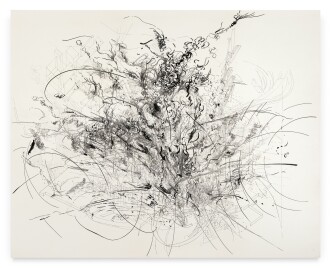 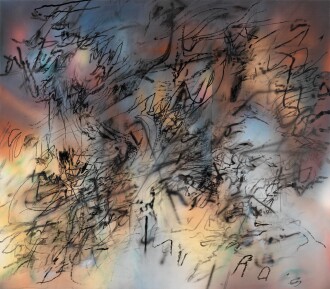 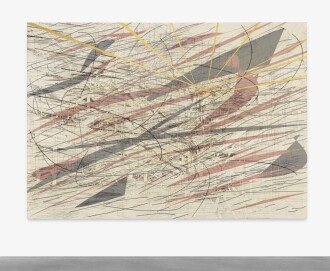 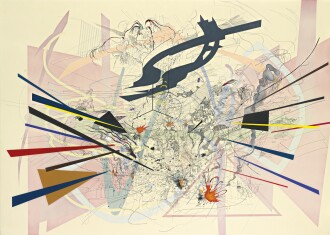 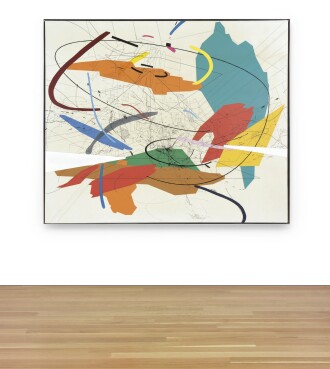 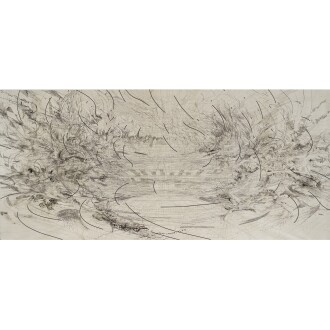 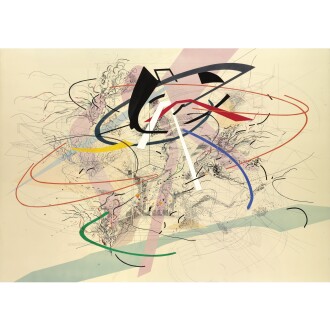 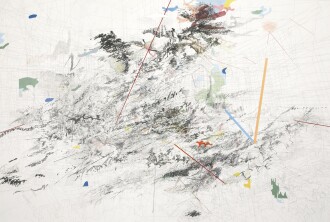 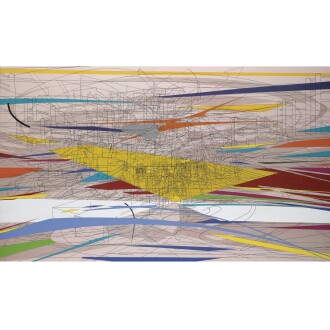 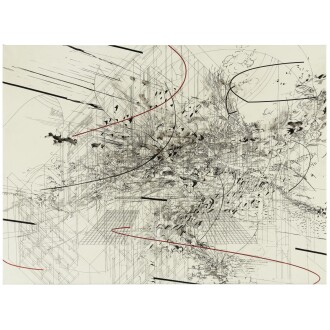 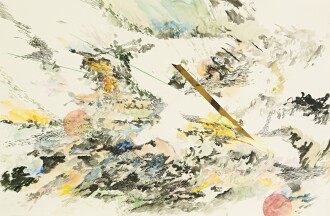 Born in 1970 in Addis Ababa, Ethiopia, to an American teacher and an Ethiopian college professor, Mehretu moved to Michigan with her family at the age of seven when her father accepted a teaching position at Michigan State University. She completed her BA at Kalamazoo College and her MA in Fine Arts at RISD. She received the MacArthur Fellowship genius grant in 2005, and the Guna S. Mundeim Visual Arts Fellowship at the American Academy in Berlin in 2007. While in Germany, she received the fifteenth commission of the Deutsche Bank and Guggenheim Foundation, for which she created six large-scale paintings in a series titled Grey Area; the work alluded to the history of the cycles of construction and destruction in Western Europe throughout the 19th and 20th centuries. Mehretu produced an eighty-foot mural for the Goldman Sachs tower in 2010, which is visible from the sidewalk outside the building.

In addition to her impressive fellowships and grants, in 2013 Mehretu received the Barnett and Annalee Newman Award and the Department of State Medal of Arts from Secretary of State John Kerry. In addition to the dozens of solo exhibitions she has had in major cities around the world including New York, Houston, London, Berlin, and Addis Ababa, she participated in both the Busan Biennale and the Baltic Triennial in Vilnius in 2002. Her works are found in the permanent collections of major museums including the National Gallery, Washington, D.C.; the Museum of Modern Art, New York; and the Hammer Museum, Los Angeles. Her paintings and prints captivate dealers and collectors around the world; her Conjured Parts sold for $3.37 million at Sotheby’s in 2018.

Museums with Works by Julie Mehretu

The Museum of Modern Art
New York, New York | New York
National Gallery of Art, Washington
Washington D.C.
Hammer Museum
Los Angeles, California | California
Artist Image: Credit: dpa picture alliance archive / Alamy Stock Photo
Please note that prior performance of the indexes and realized returns contained herein does not guarantee future results. In addition, there is no guarantee that random collections of individual works of art or stocks will yield index returns. We are not financial advisors and we are not in the business of recommending art as an investment. We also have no comparative advantage in forecasting the future direction of the art market. Investment decisions should be based on the risk return tolerance and time horizon of the investor with, if desired, the support of a licensed financial advisor. This information is provided "as is" and with no representations or warranties either express or implied of accuracy, merchantability, fitness for a particular purpose or of any other nature are made with respect to this information or to any expressed views presented in this information.