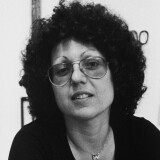 Works by Judy Chicago at Sotheby's 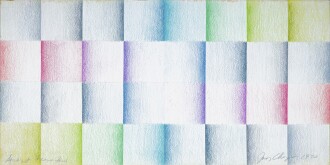 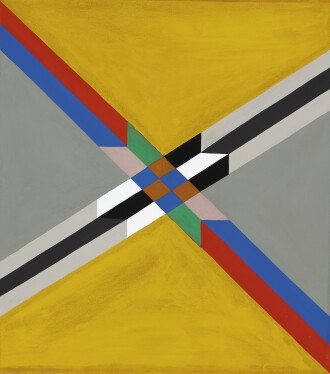 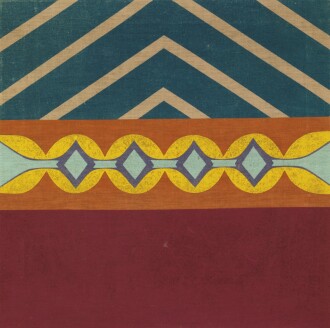 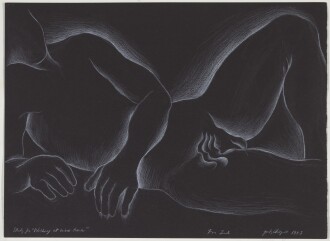 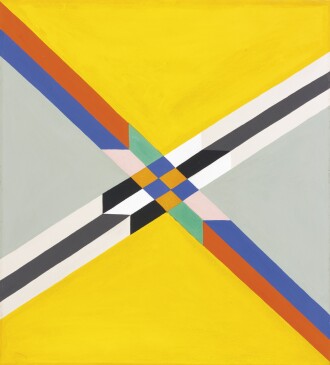 Renowned Feminist artist Judy Chicago was born Judy Cohen in 1939 in Chicago,
Illinois. Despite growing up in the shadow of the Great Depression, her parents were both
intellectually oriented and liberal for the time, and sought to foster their children’s
ambitions. Chicago began showing an affinity for drawing as a very small child, and
began taking art classes at the Institute of Chicago before she was ten years old. She later
continued her studies at the University of California, Los Angeles, graduating with her
MFA in 1964.

Following her formal artistic training, she underwent several stylistic
changes—from representational paintings, to sculpture, to Minimalism and geometric
abstraction. Although these modes fit the aesthetics of the time, Chicago ultimately felt
these endeavors obscured the thematic imperatives that truly inspired her, and were
instead pandering to the male hegemonic art world tastes. Throughout the 1960s and
1970s, her work exhibited more blatant references to feminism—a trajectory that can be
traced throughout the rest of her oeuvre. In 1969, when marrying her second husband, she
refused to take his surname and instead chose her own, Chicago, in homage to her
hometown.

In 1973, Chicago became one of the founding members of Womanhouse in Los
Angeles, California, a feminist gallery. Though the gallery was influential in its own
right, in 1974 she installed her piece The Dinner Party: a massive, triangle shaped table
laid with thirty-nine place settings emblazoned with the “guests” name (the guests named
are all famous women, fictional and historical). The Dinner Party has become the most
recognized piece of Chicago’s oeuvre, and has inspired countless dialogues both about its
merits within feminism and its value as an artwork. For several decades, many museums
refused to show the piece, until it was finally permanently installed at the Elizabeth
Sackler Center for Feminist Art in Brooklyn in 2007.

Although Chicago’s preoccupation with feminist themes has continued in her
work, as her practice evolved her approach has become more nuanced; rather than focus
exclusively on abstract feminist issues, she has cast her eye on broader issues of female
representation from various vantages, such as from her own experiences of being a
Jewish woman. Much of her work has garnered as much controversy as acclaim, but,
nevertheless, she and her work have captured the attention of the art world on a
whole—evidenced by the fact that in 2018 she was both named one of Time magazine’s
“100 Most Influential People, and Artsy magazines “Most Influential Artist.” Today, her
work may be found in, among others, the collections of the Tate Modern, London;
Moderna Museet, Stockholm; Metropolitan Museum of Art, New York; Los Angeles
County Museum of Art; and the San Francisco Museum of Modern Art.

Museums with Works by Judy Chicago

Type: museum
Tate Modern
London
Type: museum
The Metropolitan Museum of Art
New York, New York | New York
Type: museum
Brooklyn Museum
Brooklyn, New York | New York
Type: museum
Los Angeles County Museum of Art
Los Angeles, California | California
Type: museum
San Francisco Museum of Modern Art
San Francisco, California | California
Artist Image: Cynthia Macadams
Please note that prior performance of the indexes and realized returns contained herein does not guarantee future results. In addition, there is no guarantee that random collections of individual works of art or stocks will yield index returns. We are not financial advisors and we are not in the business of recommending art as an investment. We also have no comparative advantage in forecasting the future direction of the art market. Investment decisions should be based on the risk return tolerance and time horizon of the investor with, if desired, the support of a licensed financial advisor. This information is provided "as is" and with no representations or warranties either express or implied of accuracy, merchantability, fitness for a particular purpose or of any other nature are made with respect to this information or to any expressed views presented in this information.