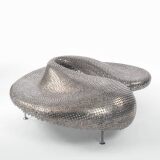 Works by Johnny Swing at Sotheby's 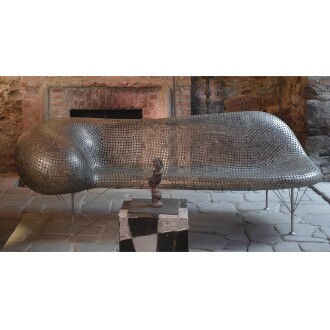 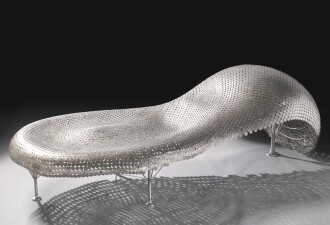 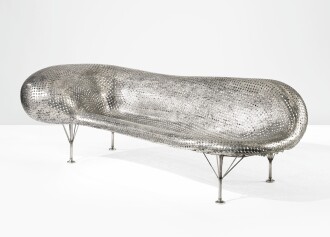 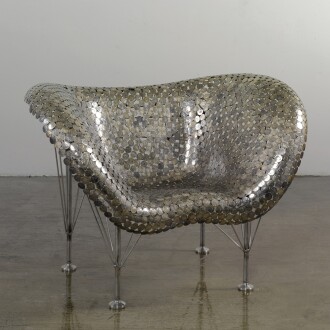 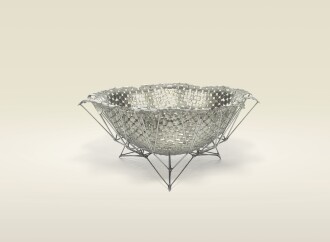 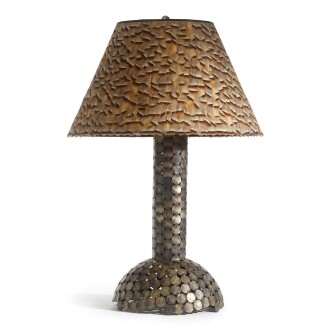 Celebrated as one of the foremost exponents of the American Studio Furniture movement, Johnny Swing specializes in “objects of refulgence with money” – sinuous, biomorphic furnishings and housewares fashioned from of thousands of welded coins. These unconventional but functional pieces – which, according to the artist, must adhere to the tripartite criteria of “entertaining, curiosity-sparking and comfortable” – appeared in numerous distinguished collections from the Storm King Art Center in downstate New York to Chatsworth House in rural England.

Johnny Swing was born in 1961 in Salisbury, Connecticut. He received a bachelor’s degree in fine arts from Skidmore College and pursued additional studies at the Skowhegan School of Painting and Sculpture in Maine before obtaining a structural steel welding license. He began making furniture from found objects in the East Village and made his first coin piece – a chair made out of pennies cast in the manner of Harry Bertoia’s iconic Diamond Chair – in 1993. In 1995 he moved to Brookline, Vermont, where he currently maintains his workshop as well as a farm where he raises a variety of crops and livestock, including Transylvanian Naked Neck chickens. His elegant, undulating Nickel Couch (2001) and Butterfly Chair (2002) provide surprisingly snug outdoor seating at Storm King’s 500-acre, open-sky museum in the Hudson Valley; the latter comprises 6,400 nickels, which took more than 200 hours to weld together and drape in sections onto a meticulously crafted resin mold.

Swing’s work can also be seen in such public institutions as Modernism Museum in Mount Dora, Florida and in use at such venues as the Fat Crow Restaurant in Newfane, Vermont.