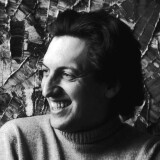 Works by Jean-Paul Riopelle at Sotheby's 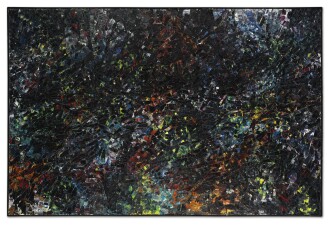 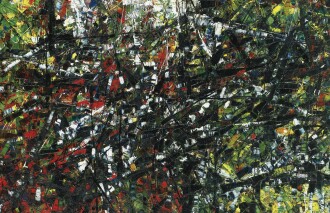 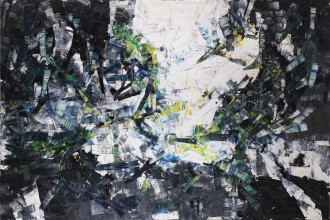 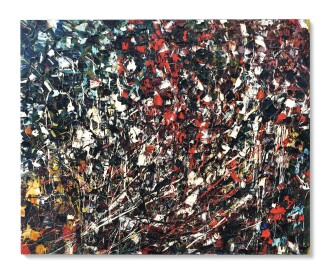 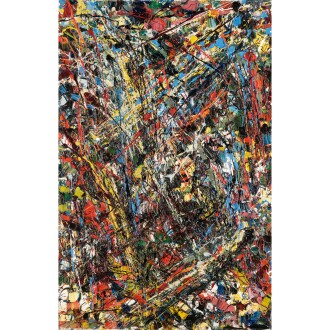 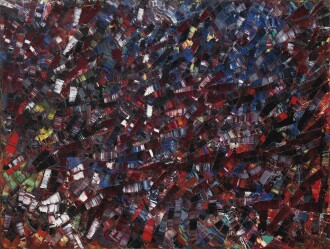 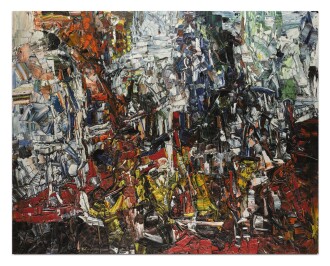 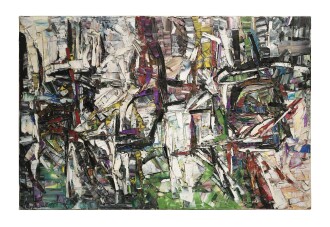 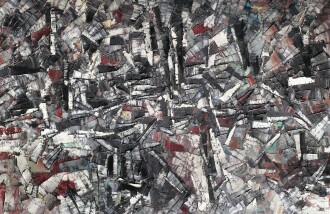 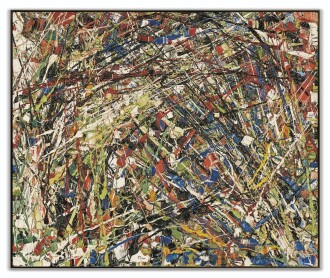 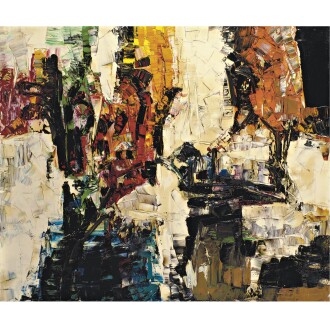 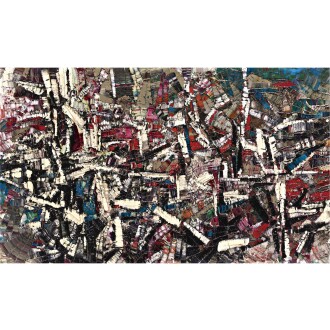 Abstract Expressionist painter Jean-Paul Riopelle was among the first Canadian artists to achieve international fame and recognition. Born in 1923, he studied at the École des Beaux Arts and the École de Meuble during the 1940s. He trained under Paul Émile Borduas, a founding figure of Les Automatistes, a group adjacent to the Surrealists that rebuked establishment, tradition and religious authority, favoring instead the subconscious as the driving force behind nonfigurative painting. He traveled to New York and Paris after the end of World War II, where his works were included alongside the leading Surrealists artists in several of the Expositions Internationale du Surrealisme.

In the 1950s he began to expand his canvases and turned to “abstract landscapism,” in which he experimented with medium and material. He began a relationship with Abstract Expressionist Joan Mitchell, with whom he stayed for fifteen years, who influenced his work to become increasingly focused on the process. He would throw paint onto his canvases, resulting in thick impasto and intense surfaces of abstract compositions filled with rich color. He continued to experiment with medium, turning to lithograph, assemblage collages, and sculpture beginning in the 1970s. Although their relationship ended in 1979, Riopelle stopped painting shortly after Mitchell’s death in 1992.

Riopelle enjoyed widespread international fame before his death; he participated in three Venice Biennales and the São Paulo Biennial. The Kölnischer Kunstverein, Cologne; the National Gallery of Canada, Ontario; the Musée du Québec; and the Galerie Maeght, Paris, have held major retrospectives of his work beginning in the 1950s. The Musée des beaux-arts du Québec held a major retrospective of Riopelle’s work in 2006 that was shown at the State Hermitage Museum, St. Petersburg, and at the Musé Cantini, Marseille.

Museums with Works by Jean-Paul Riopelle

Type: museum
Montreal Museum of Fine Arts
Montreal
Type: museum
National Gallery of Canada
Ottawa
Type: museum
Tate Modern
London
Type: museum
Peggy Guggenheim Collection
Venice
Type: museum
Musée d'art contemporain de Montréal (Montréal Museum of Contemporary Art)
Montreal, Quebec | Quebec
Artist Image: 2011 Gamma-Rapho
Please note that prior performance of the indexes and realized returns contained herein does not guarantee future results. In addition, there is no guarantee that random collections of individual works of art or stocks will yield index returns. We are not financial advisors and we are not in the business of recommending art as an investment. We also have no comparative advantage in forecasting the future direction of the art market. Investment decisions should be based on the risk return tolerance and time horizon of the investor with, if desired, the support of a licensed financial advisor. This information is provided "as is" and with no representations or warranties either express or implied of accuracy, merchantability, fitness for a particular purpose or of any other nature are made with respect to this information or to any expressed views presented in this information.