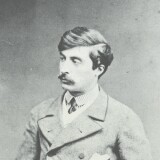 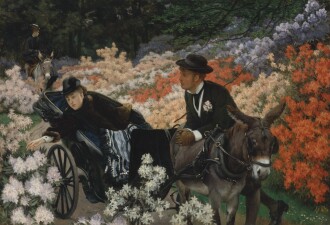 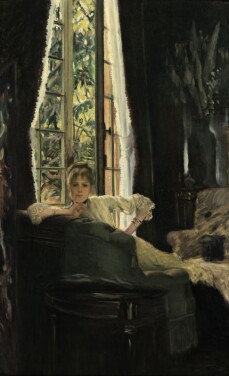 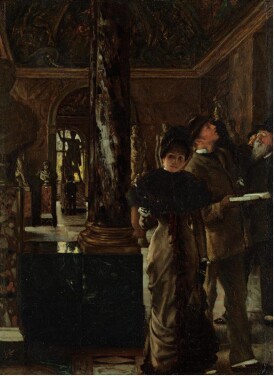 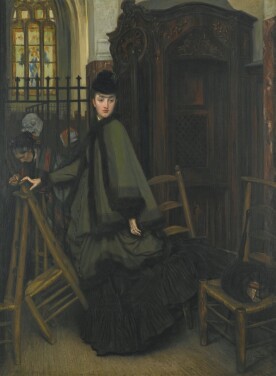 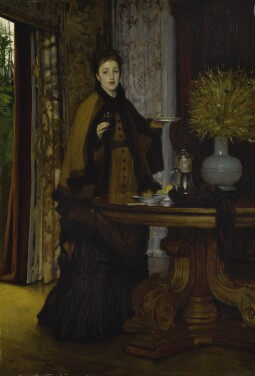 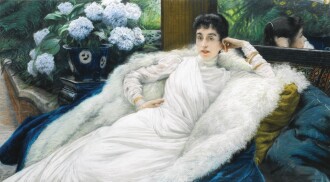 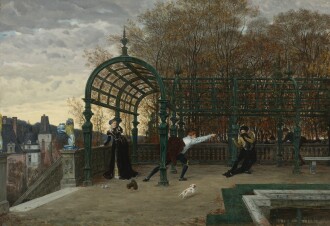 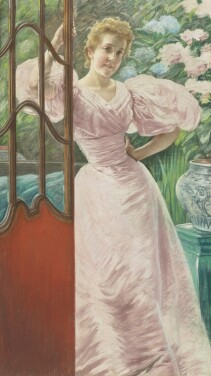 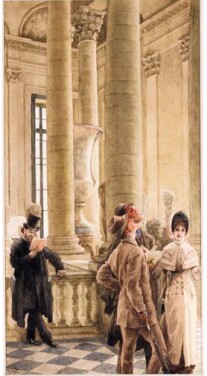 Jacques Josephs Tissot was born in 1836 in Nantes, France, to a prosperous merchant family of devout Catholics. In around 1856, he travelled to Paris to commence his brief artistic training at the prestigious École des Beaux-Arts. At this time, he crossed paths with artists including James McNeil Whistler, Edgar Degas and Eduard Manet, who became his friends and exerted a lasting influence on his work.

Tissot’s early work mainly consisted of scenes from the Middle Ages, and he first exhibited at the Paris Salon in 1859, where he showed several paintings depicting Goethe’s Faust. In around 1863, he changed direction and became a painter of modern life, exhibiting at the Royal Academy for the first time in 1864. After serving in the Franco-Prussian War, Tissot fled Paris for England in 1871, where he remained for 9 years, anglicising his forename to James. He painted pictures of English society, usually featuring elegant and fashionable women. Between the years 1875 and 1882, his paintings were dominated by portraits of the great love of his life, his mistress Kathleen Newton, who he had met in St John’s Wood, London, in around 1875. Kathleen was an Irish Catholic divorcée and the mother of two illegitimate children, meaning she was considered déclassé by Victorian society. Controversially, Tissot lived with her openly and contentedly, despite his social standing suffering by association.

It is widely thought that Kathleen committed suicide in 1882, aged just 28, to end her suffering from tuberculosis. After her tragic death, Tissot immediately returned to France, where he resumed his position as a Parisian society painter. In 1885, he experienced a revival in his Catholic faith, which inspired a shift to exclusively to biblical subjects. During the later 1880s and 1890s, Tissot travelled to the Middle East to assist his depictions of the Old Testament. He passed away suddenly in 1902 whilst living in Doubs.

Type: featured
Category: 19th Century European Paintings
James Tissot's Rise to Stardom and the Unknown Side of the 19th-Century Painter