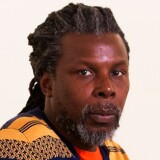 Works by Hurvin Anderson at Sotheby's 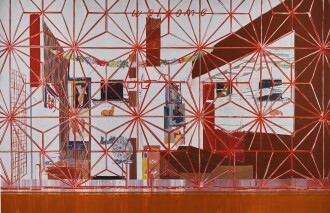 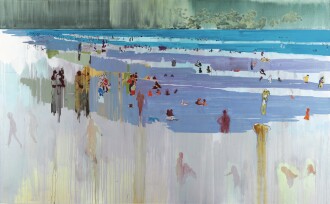 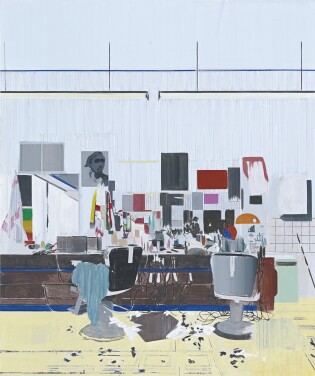 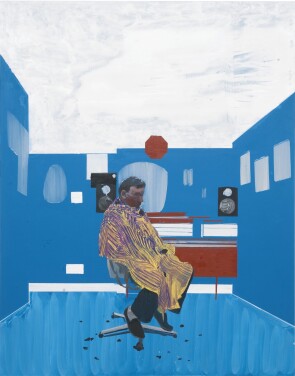 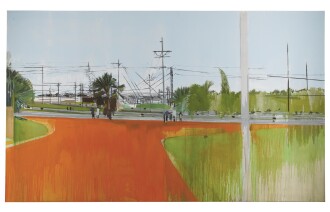 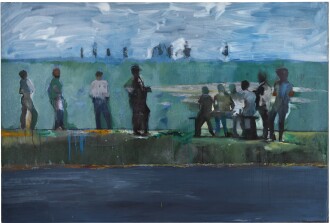 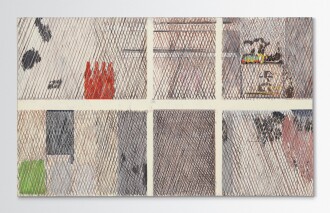 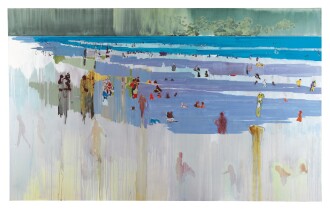 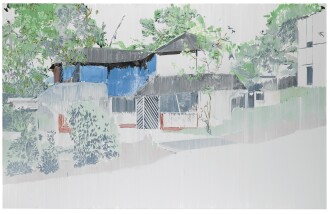 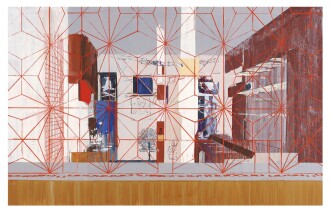 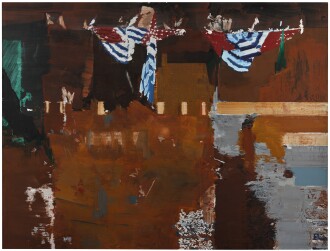 Painter Hurvin Anderson was born in 1965 in Birmingham, United Kingdom, to parents of Jamaican heritage. Hurvin was largely raised in the Caribbean before his family relocated back to the United Kingdom. He earned his BA with honors in painting from the Wimbledon School of Art in 1994, and completed his MA at the Royal College of Art in 1998—both schools being located in London, where he continues to live and work today.

Much of Hurvin’s oeuvre addresses concepts of memory, culture, history and, on a more personal level, his own experiences with identity through his dual experiences between the United Kingdom and the Caribbean. Although his painting style could be understood as representational, and he often uses photographs as source material, he frequently disrupts their legibility by overlaying abstract patterns, thus fragmenting the overall image. Through this technique, he is able to destabilize understandings of the work, and conceptually bring to the fore ideas of the inconsistency of memory and perceptions of history.

Hurvin has been the recipient of numerous residencies and scholarships, including the Caribbean Contemporary Arts Residency Programme, Trinidad; Alkazzi Travel Award, New York; and the William Booker Travel Scholarship, Philadelphia. He has had solo exhibitions at both the Studio Museum in Harlem, New York—his first solo show at a museum in the United States—and Tate Britain, London; and his works can be found in the collections of the Museum of Modern Art, New York; Tate Galleries, London; and the British Council.

Museums with Works by Hurvin Anderson

Type: museum
The Museum of Modern Art
New York, New York | New York
Type: museum
Tate Britain
London | United Kingdom
Cardholder + 3 Guests
Type: museum
Studio Museum in Harlem
New York, New York | United States
Please note that prior performance of the indexes and realized returns contained herein does not guarantee future results. In addition, there is no guarantee that random collections of individual works of art or stocks will yield index returns. We are not financial advisors and we are not in the business of recommending art as an investment. We also have no comparative advantage in forecasting the future direction of the art market. Investment decisions should be based on the risk return tolerance and time horizon of the investor with, if desired, the support of a licensed financial advisor. This information is provided "as is" and with no representations or warranties either express or implied of accuracy, merchantability, fitness for a particular purpose or of any other nature are made with respect to this information or to any expressed views presented in this information.