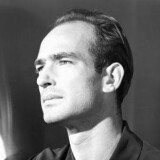 Works by Harry Bertoia at Sotheby's 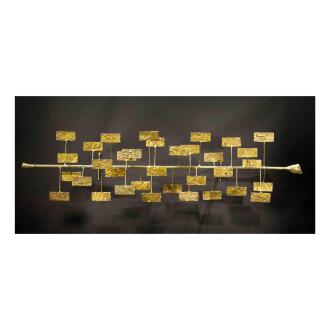 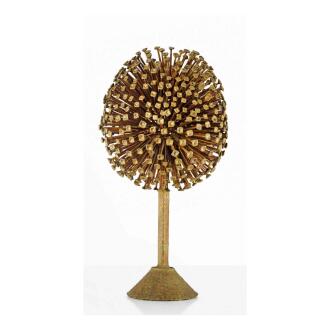 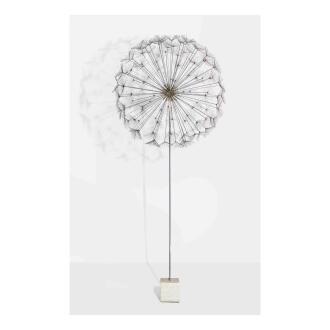 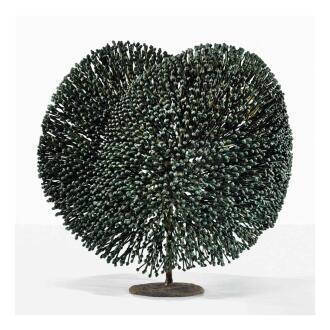 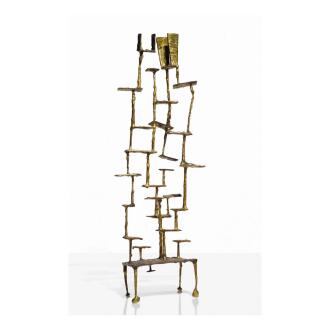 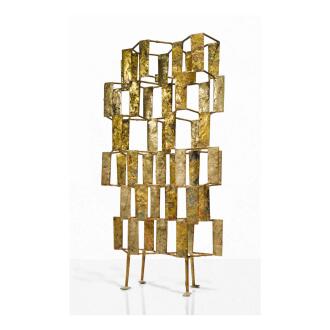 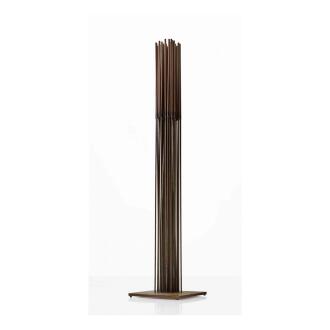 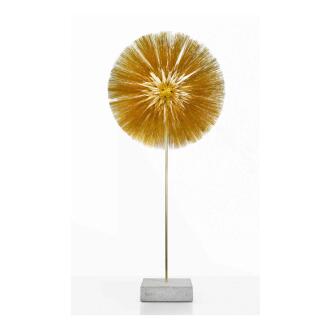 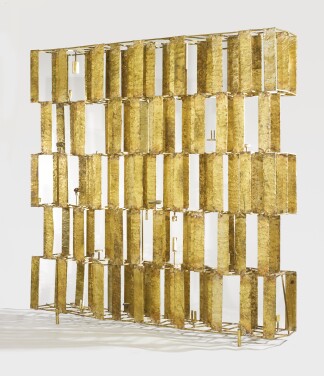 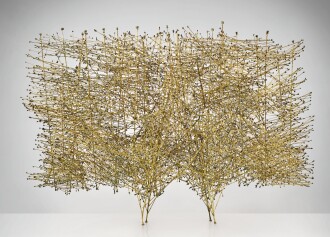 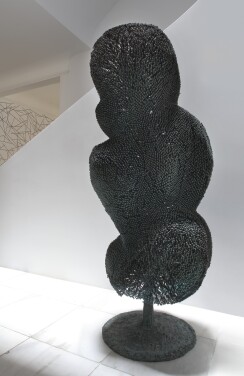 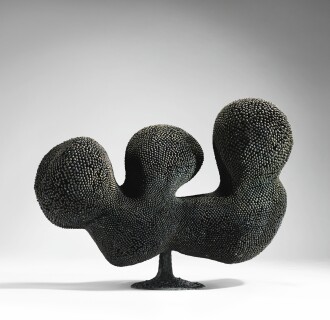 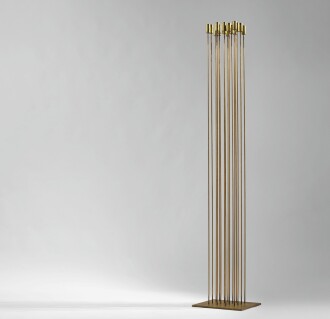 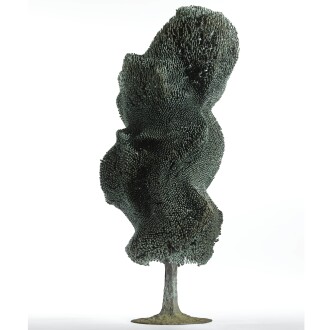 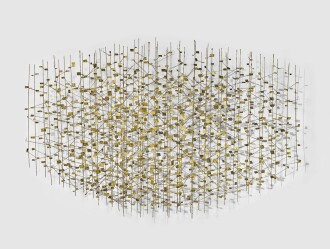 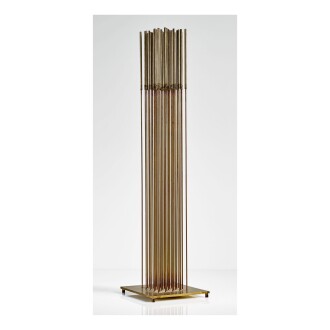 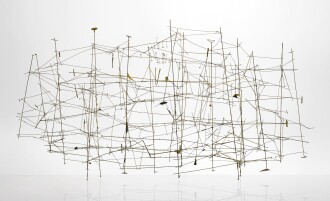 Italian-born American sculptor Harry Bertoia is best known for his innovations in the field of sound art as well as for his quintessentially modern furniture. After moving from San Lorenzo, Italy, to Detroit in 1930 at the age of 15, he attended the Art School of the Detroit Society of Arts and Crafts for one year. He then received a scholarship to study at the Cranbrook Academy of Art, where he learned from the work of Walter Gropius and Edmund Bacon, who both were interested in the intersection of fine art and design. Bertoia became the head of the metals department and led the jewelry workshop.

At Cranbrook Charles and Ray Eames were impressed by Bertoia’s metal work, and at their request, he joined them in California at the Molded Plywood Division at the Evans Product Company in the early 1940s. In 1950, he produced the Bertoia Collection for Florence Knoll, a group of five wire pieces for which Bertoia is famed. The sculptor used the material of these objects to guide their aesthetic qualities. His steel wire Diamond Chair from the collection launched his commercial success; it resembles a functional sculpture, with an open structure that highlights the steel itself and the negative space it creates. From the mid-1950s on, Bertoia’s commercial success freed him experiment with sound sculpture. He created over 50 public sculpture commissions, many of which explore the tactile and auditory effects of materials within the spaces and environments they occupy.

Bertoia’s works are included in the permanent collections of the Smithsonian American Art Museum, Washington, D.C.; the Wadsworth Atheneum, Hartford; and the Art Institute of Chicago. His public commissions appear at the Massachusetts Institute of Technology chapel, Cambridge; the State Department Building, Washington, D.C.; and the Federal Reserve Bank Building in Richmond, Virginia, among many other public and influential spaces. His sculptures and objects sell for ever-increasing prices. Recently, his Untitled, Monumental Bush, sold at Sotheby’s for $519,000 in 2018. He died of lung cancer in 1978 at the age of 63.

Museums with Works by Harry Bertoia

Type: museum
Hirshhorn Museum and Sculpture Garden
Washington D.C.
Type: museum
Brooklyn Museum
Brooklyn, New York | New York
Type: museum
Cleveland Museum of Art
Cleveland, Ohio | Ohio
Type: museum
Detroit Institute of Arts
Detroit, Michigan | Michigan
Type: museum
Honolulu Museum of Art
Honolulu, Hawaii | Hawaii
Type: museum
Philadelphia Museum of Art
Philadelphia, Pennsylvania | Pennsylvania
Type: museum
Walker Art Center
Minneapolis, Minnesota | Minnesota
Type: museum
Kemper Museum of Contemporary Art
Kansas City, Missouri | Missouri
Type: museum
Nasher Museum of Art at Duke University
Durham, North Carolina | North Carolina
Type: museum
Vero Beach Museum of Art
Vero Beach, Florida | Florida
Please note that prior performance of the indexes and realized returns contained herein does not guarantee future results. In addition, there is no guarantee that random collections of individual works of art or stocks will yield index returns. We are not financial advisors and we are not in the business of recommending art as an investment. We also have no comparative advantage in forecasting the future direction of the art market. Investment decisions should be based on the risk return tolerance and time horizon of the investor with, if desired, the support of a licensed financial advisor. This information is provided "as is" and with no representations or warranties either express or implied of accuracy, merchantability, fitness for a particular purpose or of any other nature are made with respect to this information or to any expressed views presented in this information.