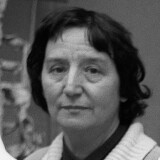 Born 1902. Died 1959.
Interested in selling a work by Germaine Richier?
Get an Estimate

Works by Germaine Richier at Sotheby's 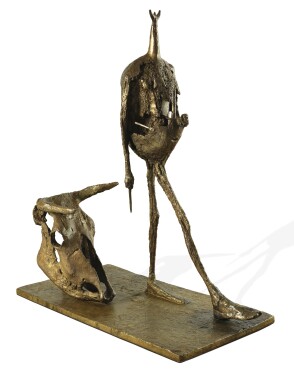 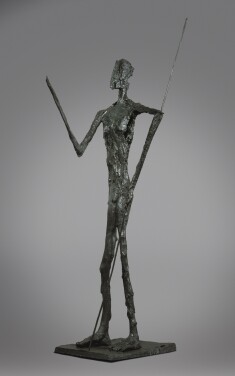 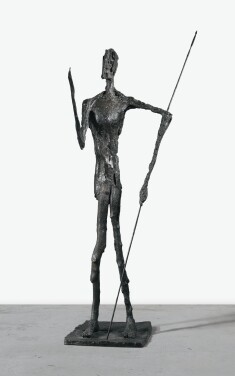 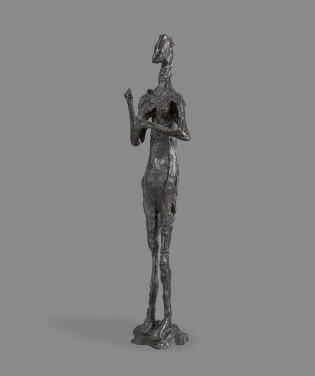 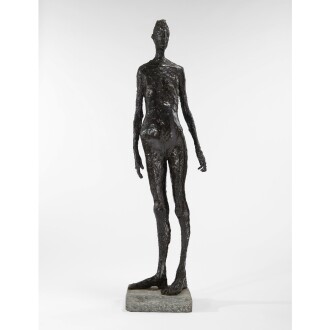 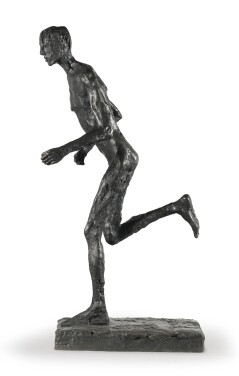 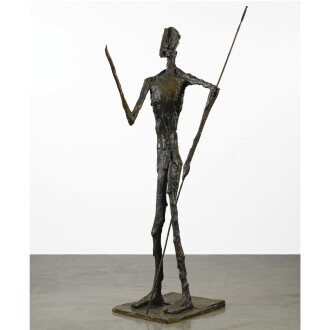 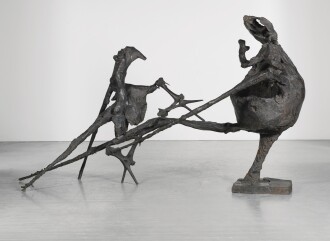 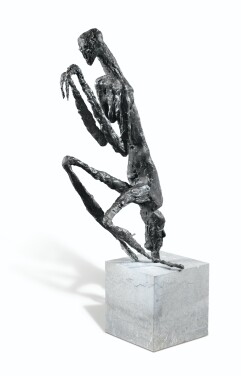 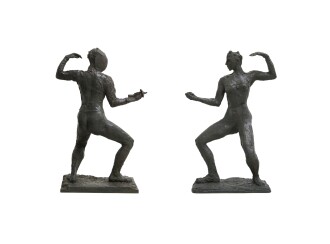 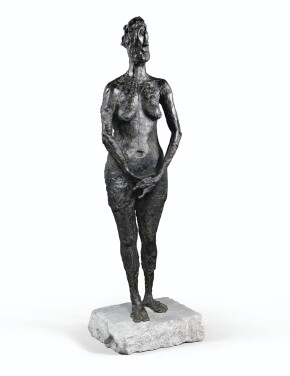 Best known for her large, roughly modeled sculptures in dark patinated bronze, Germaine Richier was an important figure in the post-World War II avant garde. Her provocative hybrids of human forms crossed with spiders, toads and vegetal elements, ravaged and misshapen, are steeped in a deep fascination with mythology and existential philosophy. Evolving alongside the elongated forms of Alberto Giacometti’s post-Surrealist period, Richier’s oeuvre foreshadows the sculpture of Kiki Smith and Louise Bourgeois.

Richier was born in 1902 in Grans, Bouches-du-Rhône, France, and studied at the École des Beaux Arts in Montpellier. She later apprenticed in the Paris studio of the Rodin-trained bronze expert Antoine Bourdelle, where she met Giacometti. Richier had her first solo show at Galerie Max Kaganovitch in 1934, and in 1936 was awarded the Prix Blumenthal. After World War II, Richier’s style evolved toward the emotive, semi-abstracted figures for which she is best known: thin, misshapen chimeras expressing the physical and psychic trauma of war. In 1950, Richier gained notoriety for her controversial depiction of the crucifixion, commissioned by the Church of Assy—the faceless, wraithlike statue was removed by the Bishop. Throughout the late 1940s and 1950s, Richier grew in acclaim, exhibiting at three consecutive Venice Biennales and winning the sculpture prize at the São Paulo Biennial. In 1959, Richier’s career was tragically cut short when she died of cancer at the age of 57.

While Richier exhibited widely during her lifetime, she receded into obscurity following her death. A major retrospective by the Peggy Guggenheim Collection (2006-2007) resurrected Richier in the public consciousness. Today, her works are housed in the collections of the Tate, London; the San Francisco Museum of Modern Art; and the Tuileries Garden in Paris.

Museums with Works by Germaine Richier