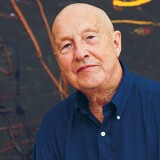 Works by Georg Baselitz at Sotheby's 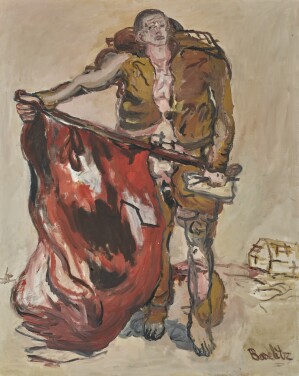 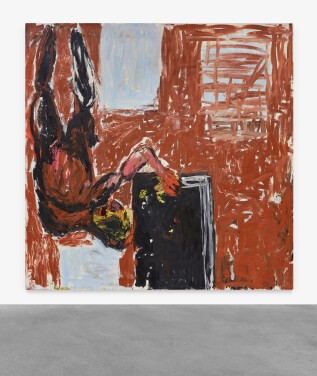 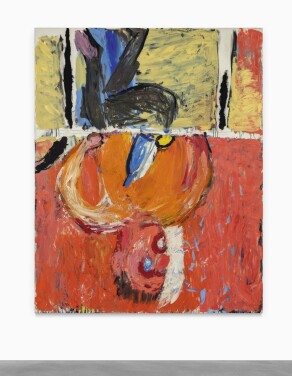 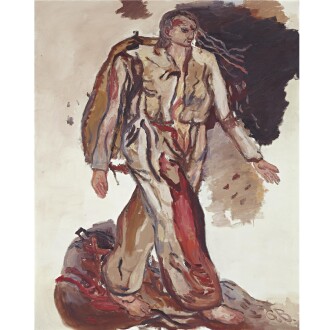 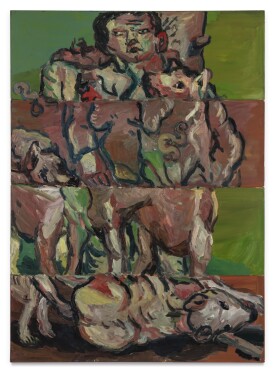 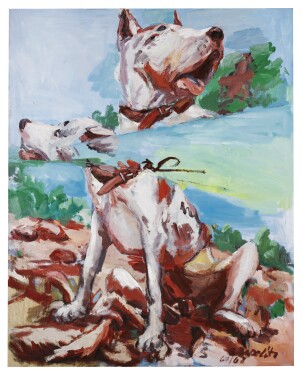 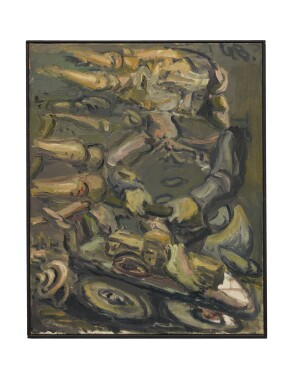 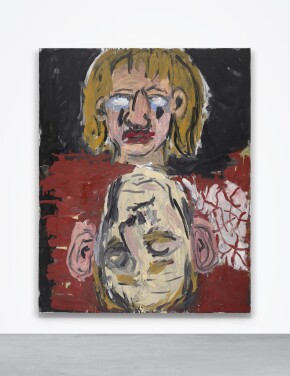 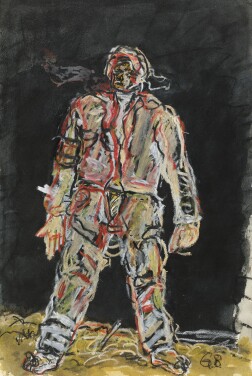 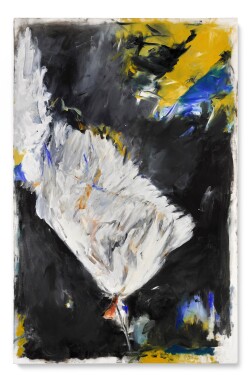 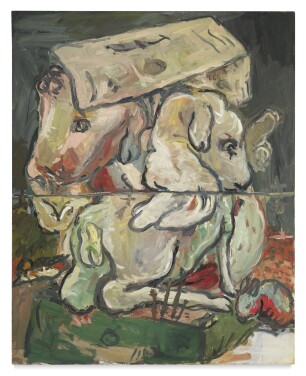 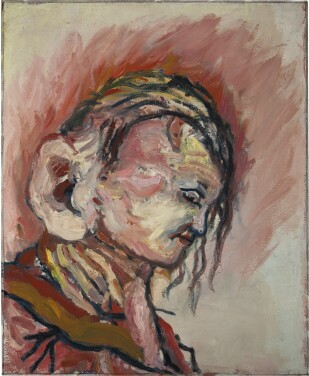 Born as Hans-Georg Kern in Deutschbaselitz, Germany, on January 23, 1938, artist Georg Baseltiz (self-renamed after his hometown in 1958) lived through and came of age during World War II and its aftermath. Of his experience with the War, he observed, “I was born into a destroyed order, a destroyed landscape, a destroyed people, a destroyed society. And I didn’t want to reestablish an order: I had seen enough of so-called order.” Baselitz’s affinity for stylistic and medium experimentation throughout his career can be interpreted through the lens of early experiences with the War and the devastation it caused.

In 1956 Baselitz studied for two terms at the Academy of Visual and Applied Art in Weissensee, East Berlin, where he was briefly trained in state sanctioned social realism. He was ultimately expelled, and went on to study at the Academy of Visual Arts in West Berlin. Early in his career, Baselitz grappled with the idea of national identity, as many contemporaneous German artists did, but unlike his contemporaries, who embraced new modes such as Pop or Conceptual art, Baselitz revisited German Expressionism, which had been censured by the Nazis, and he ultimately helped spur a revival of Neo-Expressionist painting. Human figuration is a fundamental component across Baselitz’s oeuvre, however bodies are largely presented in an uncanny, discomfiting manner—figures are often upside down, made grotesque through heavy brushwork, or shown in tattered clothing and with ragged forms.

At his first solo exhibition in 1963, two works were confiscated by authorities after being deemed indecent; although never again quite to this extent, Baselitz’s work has at times continued to draw controversy, due both to his technical approach and the conceptual imperatives he often addresses in relation to post-World War II German identity. Despite this, or perhaps because of, Baselitz has received a high degree of critical and commercial success. By 1980 he had attained a great deal of fame and recognition, and was chosen to represent Germany at the Venice Biennale. Since then, he has been the subject of frequent solo and retrospective exhibitions, including at the Nationalgalerie, Berlin; Solomon R. Guggenheim Museum, New York; Musée d’art Moderne de la Ville de Paris; Stedelijk Museum, Amsterdam; and the Royal Academy of Arts, London.

Museums with Works by Georg Baselitz 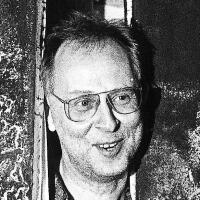 Type: artMovement
Category: Art Movement
Neo-Expressionism
Sotheby’s presents a guide to Neo-Expressionism art. Browse artwork and art for sale and discover artists, historical information and key facts about Neo-Expressionism.
Please note that prior performance of the indexes and realized returns contained herein does not guarantee future results. In addition, there is no guarantee that random collections of individual works of art or stocks will yield index returns. We are not financial advisors and we are not in the business of recommending art as an investment. We also have no comparative advantage in forecasting the future direction of the art market. Investment decisions should be based on the risk return tolerance and time horizon of the investor with, if desired, the support of a licensed financial advisor. This information is provided "as is" and with no representations or warranties either express or implied of accuracy, merchantability, fitness for a particular purpose or of any other nature are made with respect to this information or to any expressed views presented in this information.