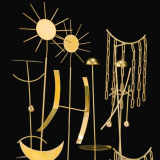 Past Lots by Fausto Melotti 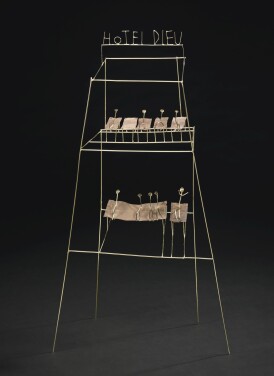 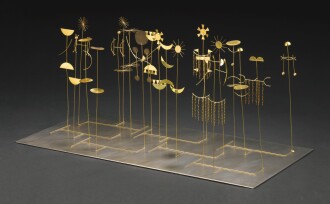 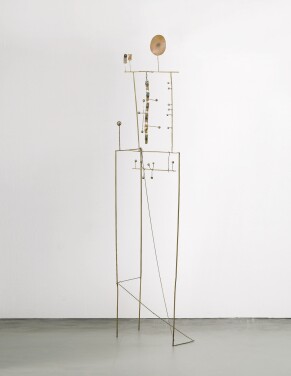 Fausto Melotti was an Italian painter and sculptor well known for his thin brass sculptures and small ceramics. Born in Rovereto, early on, Melotti was exposed to the work of Renaissance artists, which would profoundly influence his art. Melotti enrolled in a physics and mathematics program at the University of Pisa, and later received a PhD in electrotechnical engineering from the Politecnico in Milan. In 1928, Melotti studied sculpture at the Accademia di Brera, where he met Lucio Fontana, who became a lifelong friend. Both artists would play an important role in the abstract art movement in Milan. Melotti’s first exhibition was held at the Galleria del Milione in Milan in 1935.

In 1951, Melotti received the Grand Prix at the Milan Triennale. He held a number of solo exhibitions throughout his career, at venues such as the Museum am Ostwall, Dortmund, the Marlborough Gallery in Zurich, the Palazzo Reale in Milan, and the Galleria Nazionale d’Arte Moderna in Rome. Posthumous exhibitions have been held at the Kodama Gallery in Osaka, the Paolo Baldacci Gallery in New York, the Museum of Contemporary Art at Grand Hornu in Belgium, and the Museo d’Arte Lugano. Shortly after his death, Melotti was awarded the Golden Lion at the Venice Biennale.