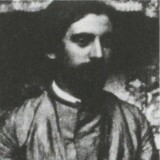 Works by Émile Bernard at Sotheby's 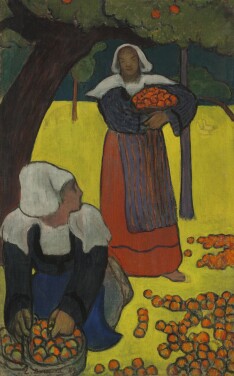 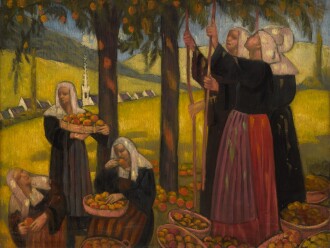 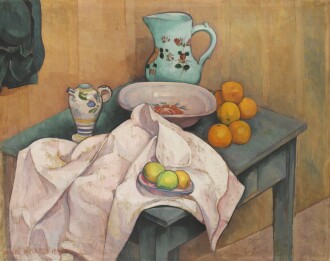 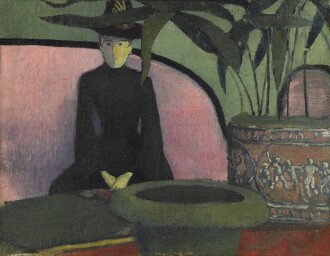 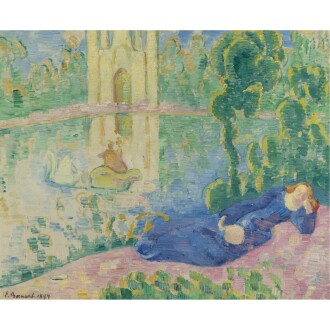 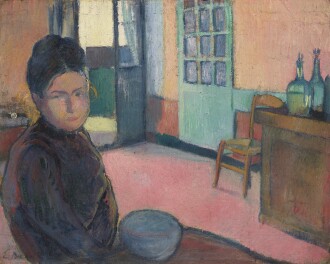 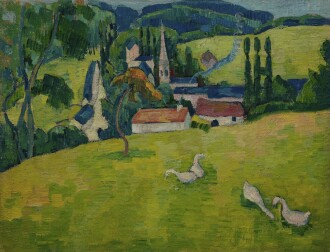 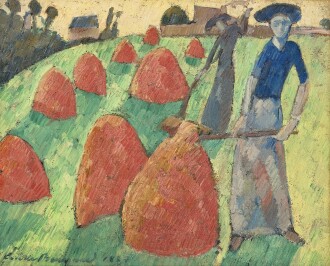 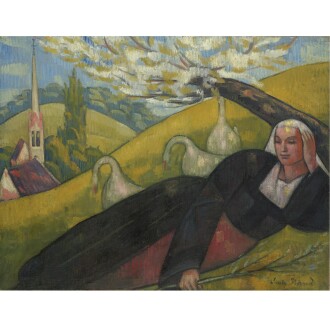 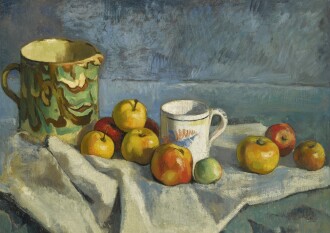 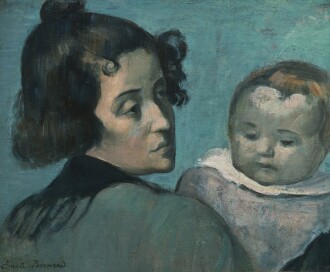 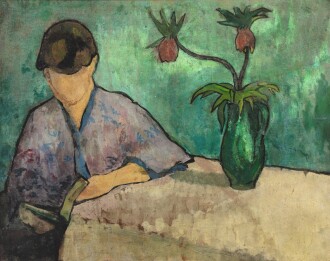 Émile Bernard was a French painter known for his involvement in the Cloisonnism movement –a post-Impressionist style defined by flat, bold planes and dark contours – as well as his contributions to Synthetism.

Émile Henri Bernard was born in Lille, France in 1868. As his younger sister was quite sick and required his parent’s full attention, Bernard was raised by his grandmother, who owned a laundry in Lille; she was an early supporter of Bernard’s interest in art.In 1878, Bernard’s family moved to Paris, which allowed him to attend the Collège Sainte-Barbe. In the early 1880s, Bernard began studying at the École des Arts Décoratifs, experimenting with Impressionism and Pointillism alongside fellow artists Louis Anquetin and Henri de Toulouse-Lautrec. However, Bernard was soon suspended from the school for being overly expressive in his painting; so, instead, Bernard took to exploring Brittney by foot. The artist’s time in Brittany, during which he learned much about the region’s culture and traditions, proved influential, inspiring many of his most famous works. In Pont-Aven, Bernard met fellow artist Paul Gauguin; the two exchanged ideas and formed a friendship.

Bernard returned to Paris in 1887. There, he attended Académie Julian and met Vincent van Gogh, who was impressed by Bernard’s work. Bernard, van Gogh and other artists – including Anquetin and Toulouse-Lautrec – organized a show at a restaurant in the city; van Gogh dubbed the group the “School of Petit-Boulevard.”

In 1888, Bernard reunited with Gauguin and other artists in Pont-Aven. The ensuing exchange of ideas and search for a new aesthetic language led to Pont-Aven becoming an artistic laboratory that would have a profound influence on the development of early twentieth-century art. Paul Sérusier’s visit to Pont-Aven – where Bernard introduced him to Gauguin – inspired the beginnings of the Nabis movement in Paris, in which artists sought to free form and color from their traditional descriptive functions in order to express personal emotions and spiritual truths. Similarly, Bernard’s exchange with Gauguin and Louis Anquetin resulted in the development of Cloisonnism, in which the two-dimensional picture plane is further flattened by a heavy and dark outlining of form. In part inspired by Gothic stained-glass windows, it also borrowed from Japanese ukiyo-e woodblock prints that were made popular in Paris in the mid-nineteenth century and whose influence can be found in many works of this period. This new pictorial language is exemplified in Gauguin’s celebrated painting La Vision après le sermon and Bernard’s Le Pardon (Les Bretonnes dans la prairie verte), both of which were painted in 1888 when the artists were working alongside one another.

In 1891, Bernard joined a group of Symbolist artists, including Odilon Redon and Ferdinand Hodler. For the remainder of Bernard’s life, he lived and worked in Paris (where he also taught at the École des Beaux-Arts). Bernard died in 1941, at the age of 72.

Today, paintings by Bernard are included in the collections of numerous public institutions, including The Museum of Modern Art, New York; the Rijksmuseum, Amsterdam; and the Musée d’Orsay, Paris.