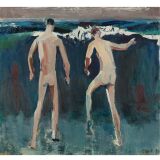 Works by David Park at Sotheby's 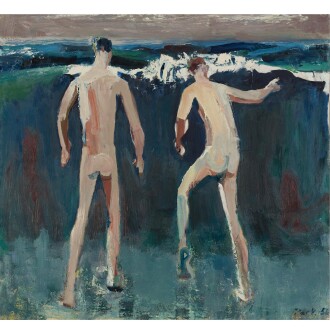 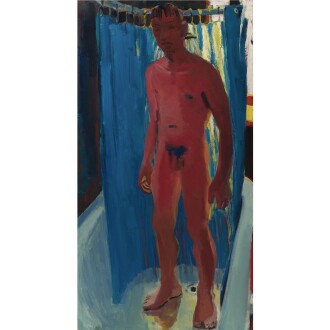 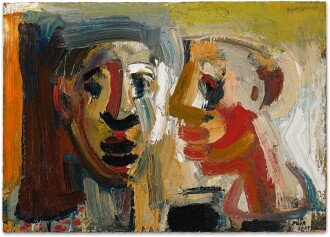 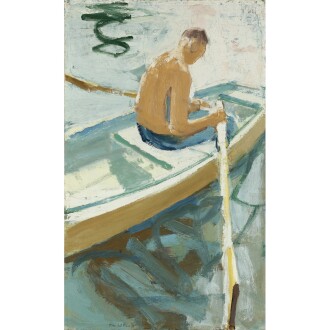 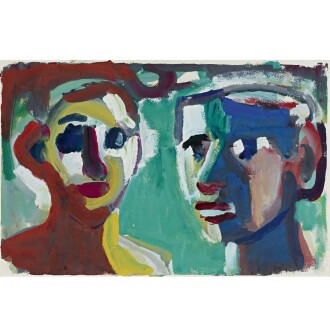 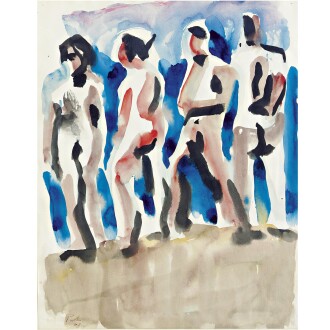 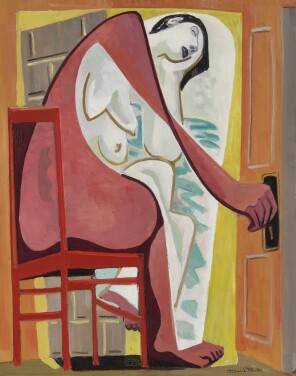 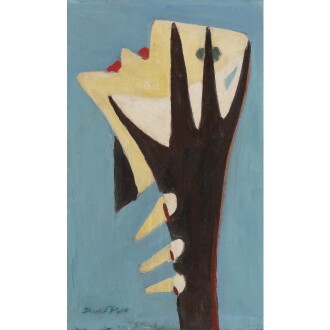 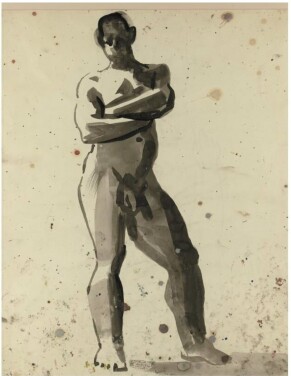 David Park was an American painter and notable member of the Bay Area Figurative Movement, alongside Richard Diebenkorn and Elmer Bischoff.

Park was born in 1911 in Boston, Massachusetts, and attended secondary school at the prestigious Loomis Chaffee school in Windsor Connecticut. At age 17, Park moved to Los Angeles to live with an aunt (who was also an artist) and attend the Otis Art Institute in 1928. Just a year later, Park moved to Berkeley, where he married Lydia Newell in 1930 and had two children, both daughters.

Park had his first solo show at the Oakland Art Gallery in 1933. Following the Second World War, Park studied at the California School of Fine Arts, now called the San Francisco Art Institute. There, he studied under Clyfford Still, a leading member of the Abstract Expressionist movement. Park radically broke away from the nonobjectivity of the movement later that decade and re-embraced figuration in his painting, a pioneering shift which solidified Park as a preeminent leader of the nascent Bay Area Figurative School. Synthesizing the gestural aesthetic language of Abstract Expressionism with an interest in figurative subject matter, rendering his subjects in confident swathes of rich impasto, Park’s approach to figuration provides a counterpart to the work of Willem de Kooning on the other side of the country, sharing the boldly indexicality of de Kooning’s Women, but evincing feelings of serenity and calm, as opposed to hysteria and machismo.

From 1950 until 1959, Park championed figurative painting – but at the end of the decade, the artist became ill with cancer. Park continued to work with oil and watercolors until his early death, in 1960 – Park was just 49 years old. At the time of his death, Park was working as an Associate Art Professor at the University of California. Following his death, the Whitney Museum of American Art launched a retrospective of Park's work (the exhibition ran from 1988-1989).

Today, artworks by Park are housed in the collections of such renowned museums as the San Francisco Museum of Modern Art; the Smithsonian American Art Museum in Washington, D.C.; Los Angeles County Museum of Art; and the Whitney Museum of American Art, among others.