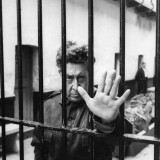 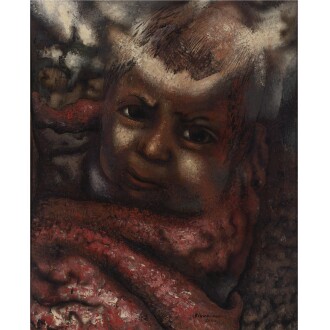 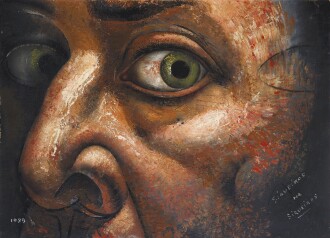 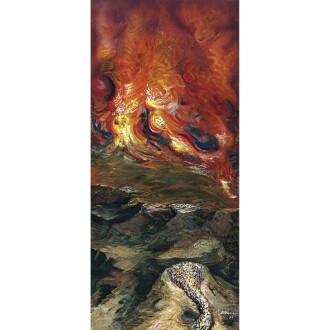 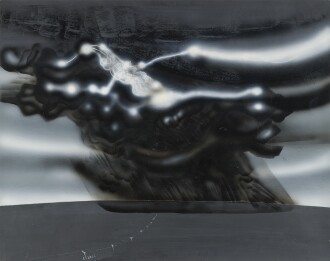 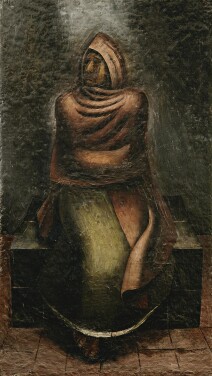 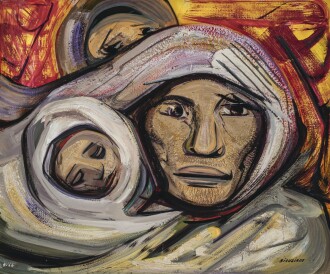 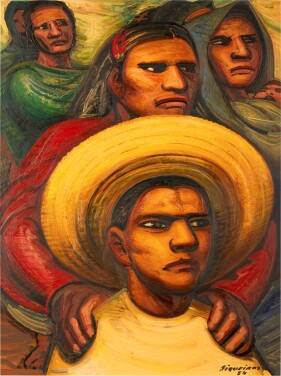 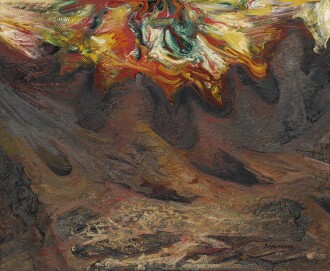 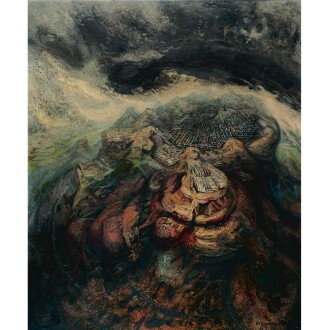 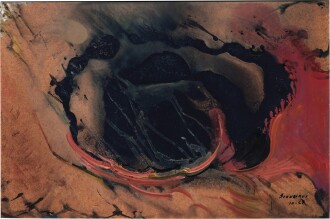 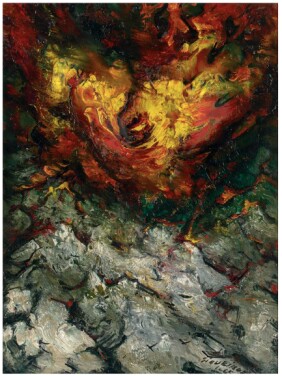 David Alfaro Siquieros, alongside Diego Rivera and José Clemente Orozco, spearheaded the Mexican mural renaissance that established a powerful new visual lexicon for post-revolutionary Mexico and inspired politically-conscious artists the world over. Of these three artists – dubbed los tres grandes – whose monumental public works exalted the indigenous warrior and the common farmer, Siquieros is considered the most technically innovative and ideologically radical, employing unusual materials like automotive lacquer, asbestos and pyroxene to manifest a sweeping vision of a futuristic society run by an electrified proletariat.

José de Jesús Alfaro Siqueiros was born on 29 December 1896 in Camargo, Chihuahua, Mexico. At a young age, he was exposed to anarcho-syndicalist theory and at fifteen participated in a strike at the National Academy of Fine Arts protesting the school’s traditional, Eurocentric teaching. At eighteen, he and several fellow ex-academicians joined Carranza’s army fighting against Huerta’s government and, after Huerta was ousted in 1914, he took up with other revolutionary factions led by Zapata and Pancho Villa. In 1919, Siqueiros traveled to Europe and absorbed the influence of the Cubists as well as the fresco masters of the Quattrocento. In the early 1920s, he joined Orozco and Rivera in creating murals commissioned by Obregón's Laborist administration for prominent public buildings in Mexico City. Working with a collective team of collaborators, he painted two major murals in Los Angeles, one of which was whitewashed in 1938 and restored by the Getty in 2012. He spent much of 1937 and 1938 fighting Franco in the Spanish Civil War before returning to Mexico City to continue his mural work. His last major undertaking, La Marcha de la Humanidad, in the World Trade Center Mexico City, was completed in 1971 and remains the largest mural in the world. Siqueiros died on 6 January 1974 in Cuernavaca, Morelos, Mexico.

Siqueiros’s work can be seen at the Museo de Arte Carrillo Gil in Mexico City, the Hirshhorn Museum and Sculpture Garden in Washington D.C. and the Philadelphia Museum of Art.