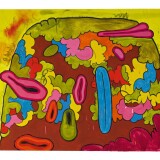 Works by Carroll Dunham at Sotheby's 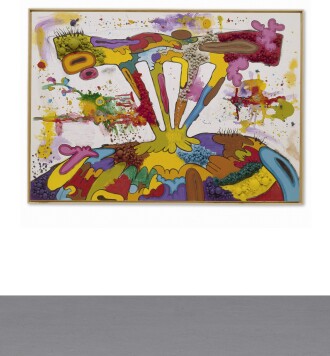 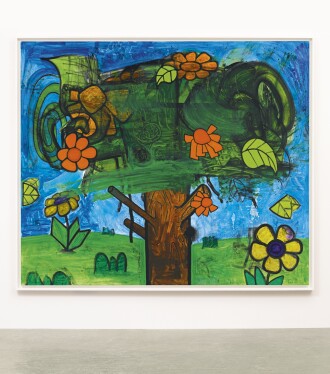 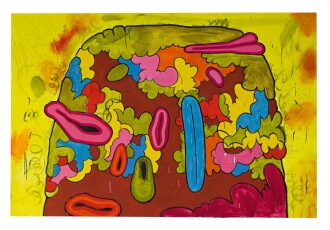 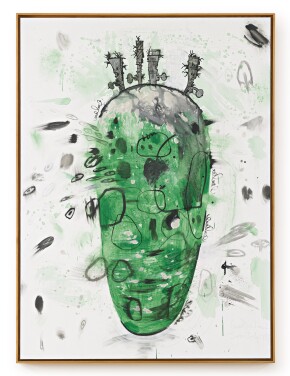 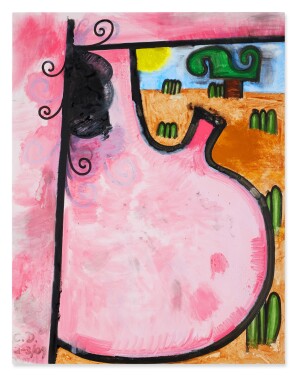 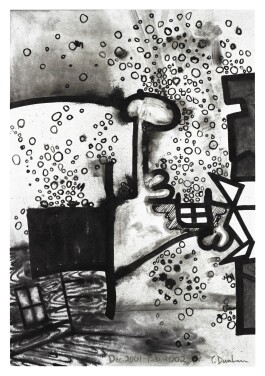 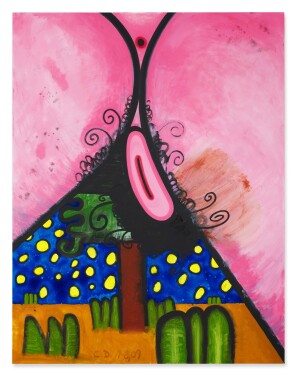 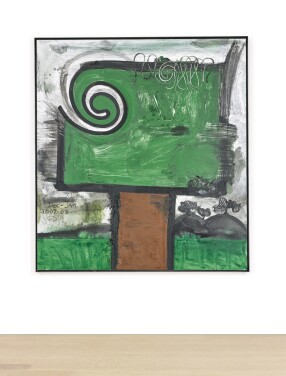 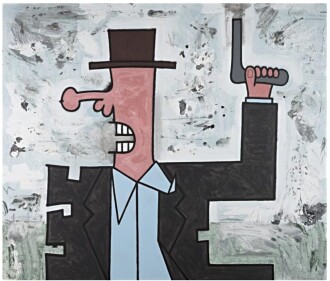 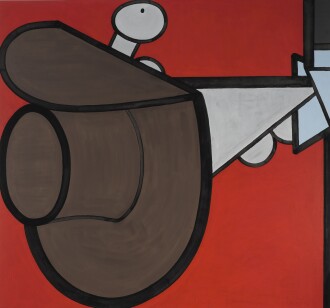 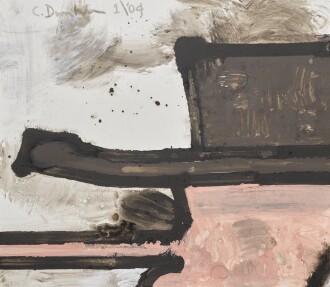 Carroll Dunham is a contemporary American painter. Mixing elements of Pop, Abstract Expressionism, Surrealism and Neo-Expressionism, Dunham depicts organic and human forms, sometimes employing a cartoonish, playful style. Over the course of his career, Dunham has moved from abstraction to figuration.

Carroll Dunham was born in 1949 in New Haven, Connecticut; he grew up in Old Lyme, a region known for attracting Abstract Expressionist artists in the early 20th century. In 1972, Dunham graduated from Trinity College in Connecticut with a BA. Following graduation, Dunham moved to New York City and began working as an assistant for artist Dorothea Rockburne. In the 1980s, Dunham first exhibited his work with Baskerville + Watson. During this period, Dunham experimented with painting directly on wood veneer; his vibrant compositions melded with the natural grain of the wood to create geometric, organic forms. In 1983, Dunham’s work was reviewed for the first time in Artforum:

“A KNOT, A NIPPLE, an eye—what are these gnarls embedded in the glandular ooze flowing out of and down a plane of wood in one of Carroll Dunham’s recent paintings? They certainly started out as knots of pine; but here, as only part of the thin veneer that covers the sheet of plywood underneath, the knots become representations of themselves and together with the grain transform in a self-hallucination which initially suggests a multiple organ transplant performed by a surgeon with a degree in Surrealism.”

Klaus Kertess, "CARROLL DUNHAM: PAINTING AGAINST THE GRAIN—PAINTING WITH THE GRAIN", Artforum, Summer 1983

Today, Dunham lives and works in New York and Connecticut. His work has been the subject of numerous solo exhibitions at international institutions including Museum Ludwig, Cologne; Millesgården, Stockholm; and Drammens Museum, Drammen, Norway. A mid-career retrospective was held at the New Museum of Contemporary Art, New York. Dunham has also been included in notable group exhibitions including multiple Whitney Biennials and SITE Santa Fe; and at institutions including Musée d’art moderne et contemporain, Geneva; the Museum of Modern Art, New York; MuseuPicasso, Barcelona; and The Institute of Contemporary Art, Boston.