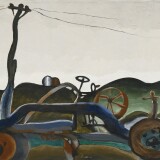 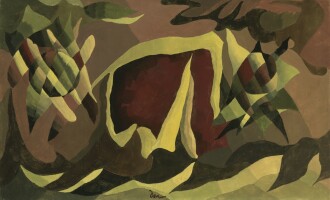 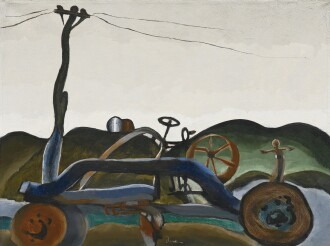 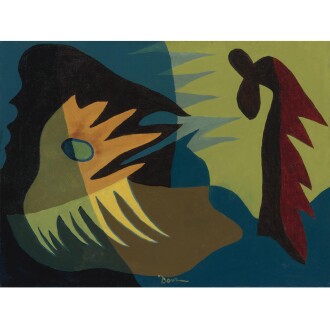 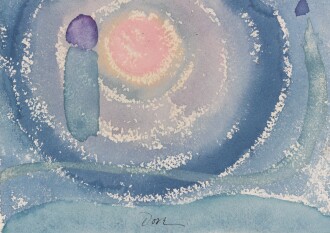 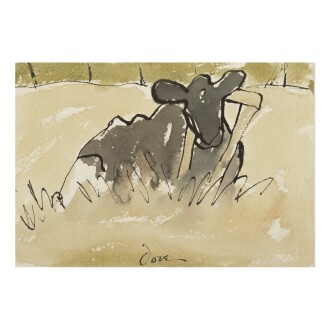 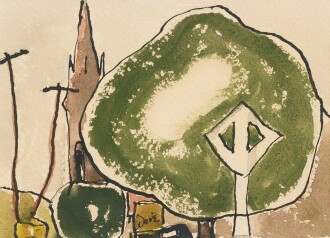 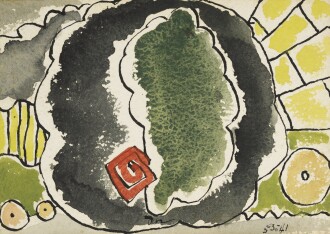 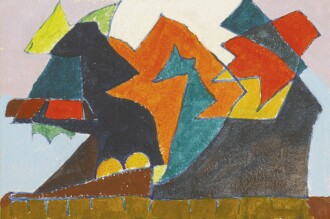 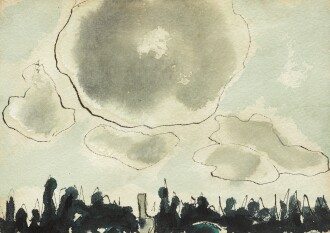 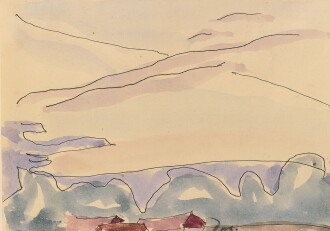 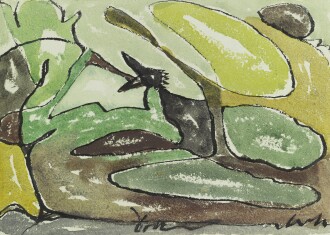 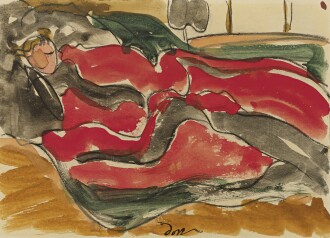 American artist Arthur Garfield Dove was a leading painter at the turn of the twentieth century, working in a distinct, Modernist aesthetic which laid the ground work for subsequent painters of the Abstract Expressionist generation. Like iconic figures Alfred Stieglitz, Georgia O’Keeffe and Man Ray, Dove was crucial in European Modernism’s arrival in the United States and was among the earliest American artists to experiment with abstraction. He was largely experimental, leading the American avant-garde as he turned to unconventional materials and methods, large areas of unmediated color, and increasingly gestural applications of paint.

Dove was born Canandaigua, New York in 1880 into a wealthy family which encouraged his early interests in nature, music, and art. He attended Hobart College and Cornell University before moving to New York City where he secured illustrator positions at Harper’s Magazine and The Saturday Evening Post. His travels to France largely impacted his approach to the visual arts after he came into contact with Fauvist paintings at the Autumn Salon in 1908 and 1909. Upon his return to the United States, he cultivated a relationship with Alfred Stieglitz, who encouraged Dove to experiment with abstraction in his paintings of nature and who was in many ways responsible for the artist’s success. Beginning with his participation in the 1910 Younger American Painters exhibition, Dove consistently showed in Stieglitz’s galleries for the rest of his life. He produced works which combined types of paint in an often-surprising manner, which gave his works a particular haziness, heightening his abstracted view of nature. Dove’s marriage to artist Helen Torr provided a mutually beneficial environment for both painters. Following Dove’s stroke at the end of his life, Torr would help guide his brush as he continued to paint until his death; their works were shown together at the Museum of Modern Art in 1979. Dove has had major exhibitions at intuitions across the United States, including the Arkansas Arts Center, the Hirshhorn Museum, the Boston’s Museum of Fine Arts and the Whitney Museum. His works can be found in the National Gallery, the Museum of Modern Art, the Art Institute of Chicago and many other major museums.