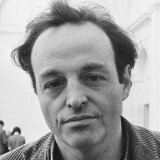 Works by Al Held at Sotheby's 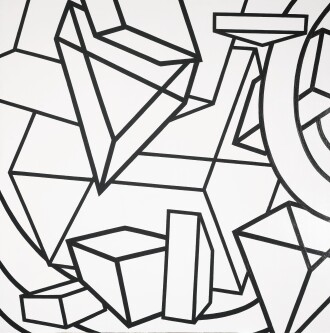 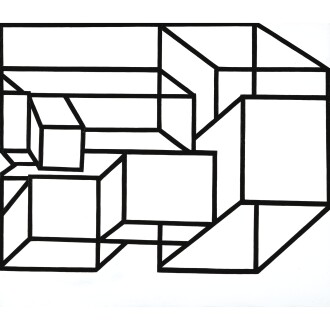 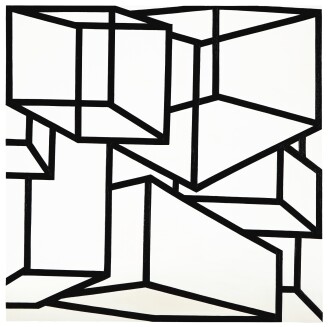 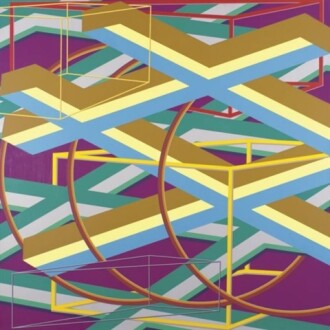 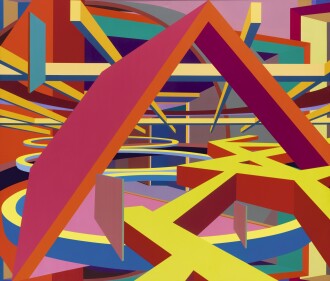 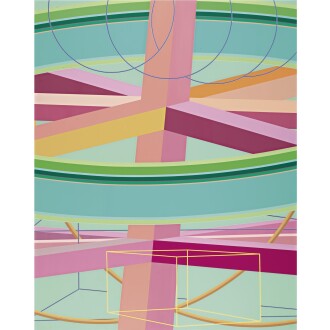 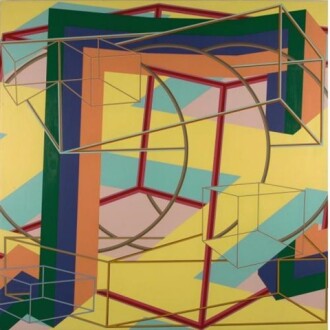 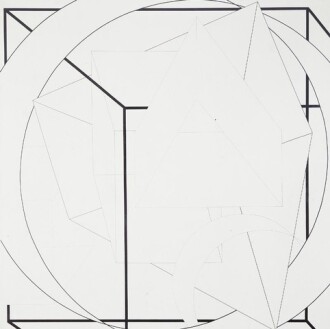 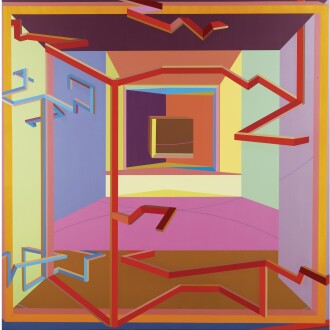 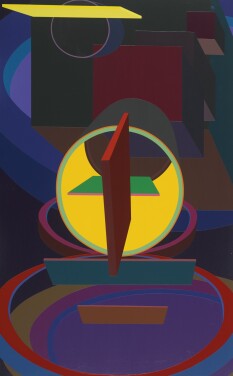 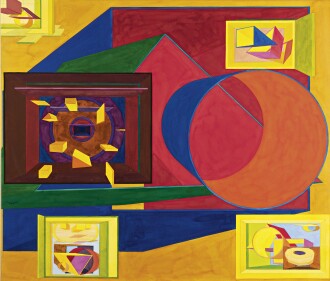 An important figure in American post-Abstract Expressionism, Al Held is best known for his
large scale, Hard-edge paintings. While Held’s sharp contours, geometric forms and clarity of
vision are emblematic of post-painterly abstraction, his distinctive embrace of depth and spatial illusion defies neat categorization. Unlike other Hard-edge practitioners, Held’s work rejects reductive geometric flatness in favor of a uniquely architectural aesthetic, both in scale and its suggestion of intricately scaffolded space.

Held was born in 1928 in Brooklyn, New York, and grew up in the Bronx. After serving in the US Navy from 1945 to 1947, Held enrolled at the Art Students League in New York and later
studied at the Académie de la Grande Chaumière in Paris under the GI Bill. While in France,
Held associated with American expatriate artists like Ellsworth Kelly and Sam Francis, and in
1952, had his first solo show at Galerie Huit in Paris. Upon his return to New York, Held began
refining his Abstract Expressionist tendencies; mentored by Mark Rothko, he used thick,
expressive brushstrokes to create highly textural paintings.

By the early 1960s, Held had departed from gestural work in favor of the vivid colors and
geometric forms of Hard-edge painting, as in his “Alphabet” series (1961–67). In the late 60s,
Held reinvented himself once again, and began to paint almost exclusively in black and
white—he would not reintroduce bright colors for nearly a decade—exploring “spatial
conundrums” in a body of work that grew increasingly concerned with dimensionality.
Throughout his later career, Held expanded upon his interest in architectural scale with several important murals, including an installation for the NYC Subway’s Lexington Avenue/51st–53rd Street station. Held died at the age of 76 in 2005 at his home in Camerata di Todi, Italy.

During his long career, Held received numerous honors including the Logan Medal of the Arts
(1964) and a Guggenheim Fellowship (1966). He served as an Associate Professor of Art at
Yale University from 1962 to 1980, and was elected to the American Academy of Arts and
Letters in 1984. Today, his work is represented in the collections of the Metropolitan Museum of Art, Museum of Modern Art, Whitney Museum of American Art, and Solomon R. Guggenheim Museum, all in New York; the National Gallery of Art, Washington, D.C.; the Art Institute of Chicago; the San Francisco Museum of Modern Art; and the Tate Gallery, London.

Museums with Works by Al Held

The Metropolitan Museum of Art
New York, New York | New York
The Museum of Modern Art
New York, New York | New York
Whitney Museum of American Art
New York, New York | New York
Solomon R. Guggenheim Museum
New York, New York | New York
Art Institute of Chicago
Chicago, Illinois | Illinois
San Francisco Museum of Modern Art
San Francisco, California | California
Please note that prior performance of the indexes and realized returns contained herein does not guarantee future results. In addition, there is no guarantee that random collections of individual works of art or stocks will yield index returns. We are not financial advisors and we are not in the business of recommending art as an investment. We also have no comparative advantage in forecasting the future direction of the art market. Investment decisions should be based on the risk return tolerance and time horizon of the investor with, if desired, the support of a licensed financial advisor. This information is provided "as is" and with no representations or warranties either express or implied of accuracy, merchantability, fitness for a particular purpose or of any other nature are made with respect to this information or to any expressed views presented in this information.