Your Guide to 8 of the Most Popular Louis Vuitton Handbags

By Mason Howell
Shop a selection of the most desirable limited edition and sold out Louis Vuitton Handbags available for immediate purchase.


Louis Vuitton was founded in 1854 as a maker of travel trunks but today is one the top international fashion brands of luxury handbags and accessories. Louis Vuitton's growth and popularity is due to it's innovative creative directors and unique partnerships that have balanced the history of it's products while modernizing the designs to appeal to new generations of buyers. It's first pattern was the Damier check pattern in 1888 which included a logo that read "marque L. Vuitton déposée," which translates into "L. Vuitton registered trademark" before it's more famous signature Monogram canvas debuted in 1896. The LV Keepall, LV Noe, and LV Speedy were all introduced during the 1930s and remain among the most popular Louis Vuitton purse styles even today. The LV Keepall and LV Speedy come in two distinct styles, without a strap or with a strap or Bandoulière. In 1997, Marc Jacobs became the creative director at Louis Vuitton and ushered in a period of artist collaborations and limited edition Louis Vuitton purses that remain highly desirable in the secondary market. Louis Vuitton handbags from limited edition partnerships with Stephen Sprouse, Takashi Murakami, and Yayoi Kusama have significantly increased in value since the LV bags were initially sold. Marc Jacobs was replaced by Nicolas Ghesquiere in 2013. In 2017, a Louis Vuitton partnership with streetwear brand Supreme resulted in long lines and products selling out globally within days of the launch. Secondary market prices were over 2x retail immediately following the release. Virgil Abloh was appointed to men's creative director in 2018 and is focused on redefining luxury and streetwear at Louis Vuitton. A Louis Vuitton purse remains one of the most sought after on the resale market.


The Louis Vuitton Speedy was first introduced in the 1930s but remains one of the most recognizable and popular styles of all LV bags. The LV Speedy bag was designed in response to advances in public transportation and the new need for a compact lightweight bag that was also large enough to hold your daily necessities. The shape is a mini version of the Louis Vuitton Keepall. This Louis Vuitton bag was made popular in the 1960s when Audrey Hepburn was seen carrying the Speedy. The classic sizes come in 25, 30, 35, and 40 centimeters, but Louis Vuitton has also released limited edition Speedy versions in the BB, Mini Sac HL, Nano, and Neo. The original Louis Vuitton Speedy bag was designed without a strap, but in 2011 Louis Vuitton released the Speedy Bandoulière with an adjustable shoulder strap that can be removed. The LV Speedy is available in the classic coated canvas patterns including LV Monogram, LV Damier Ebene, and LV Damier Azur. Additionally, Louis Vuitton releases limited edition patterns every year with many selling for significantly above the original retail price in the secondary market. The most iconic limited edition bags include the Gaffiti LV Speedy and Multicolore LV Speedy. The Speedy remains the most collectible Louis Vuitton purse .


The Louis Vuitton Alma was launched in 1934 and was the second handbag introduced after the Speedy. The LV Alma was Inspired by the recent art deco movement of the time. This Louis Vuitton purse is instantly recognized for its structured shape and architectural design. The Louis Vuitton Alma has the most structural design and sturdy base of all of the Louis Vuitton purse designs. The first Alma was custom made in 1925 for Gabrielle Chanel and years later she gave permission to have the style manufactured for the general public. The Alma has had several names, including the Squire, the Champs Elysees, and, finally, the Alma, which refers to "Place de l'Alma," the tree-lined square in Paris where the Avenue Montaigne meets the Seine. The LV Alma is made in a wide range of materials and many limited edition patterns have been released. The most common sizes are the LV Alma PM, Alma MM, and Alma GM and, more recently, in the smaller Alama BB and Alma Nano sizes. The Louis Vuitton Alma BB and Louis Vuitton Alma Nano come with straps and can be worn as an LV shoulder bag.


The Louis Vuitton Sac Plat was first launched in 1968 and resembles a shopping bag. Similar to the Keepall, the original design was meant to be folded in your luggage and used once you reached your travel destination. As with many luxury designer brands, Louis Vuitton has created new mini versions of its classic handbags. Louis Vuitton first introduced the LV Petit Sac Plat in 2020 and the monogram version is regularly out of stock due to the popularity of the new mini version. The LV Sac Plat can be carried by its handles and as an LV crossbody bag.


The last new handbag style launched by Marc Jacobs was the Louis Vuitton Pochette Metis in 2013 inspired by the Monceau Briefcase. The style resembles a refined Louis Vuitton messenger bag or schoolbag and comes with a detachable shoulder strap that can be adjusted to wear as an LV crossbody or LV shoulder bag. This Louis Vuitton purse has two interior compartments and exterior zip pocket to keep items organized. It comes in the classic Louis Vuitton monogram coated canvas and a range of other materials and patterns including many of the limited edition patterns Louis Vuitton is releasing annually. 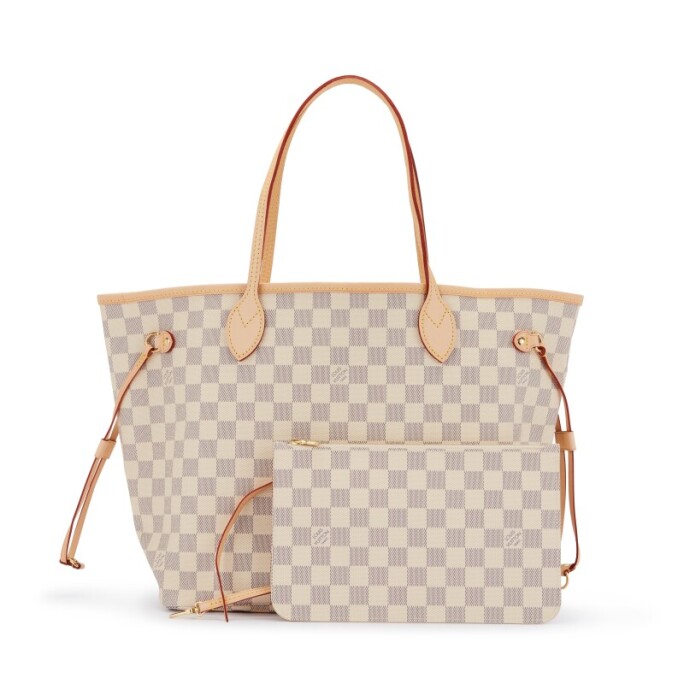 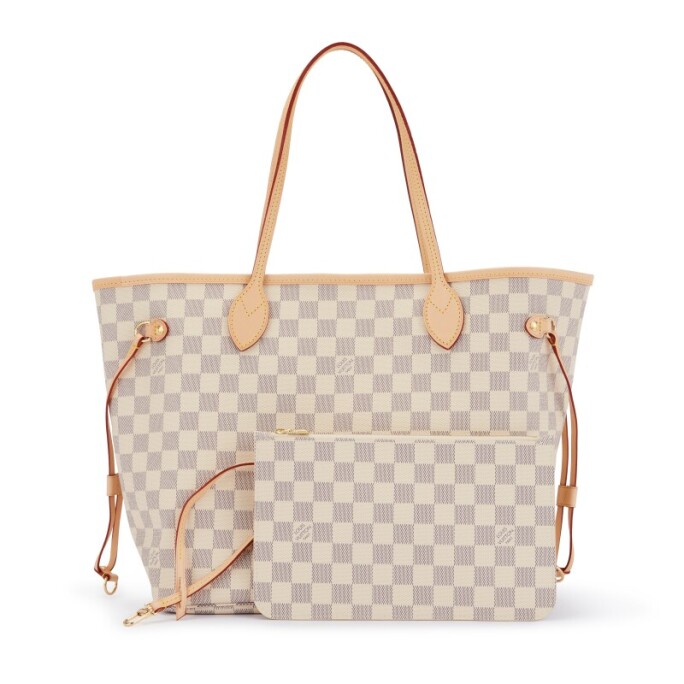 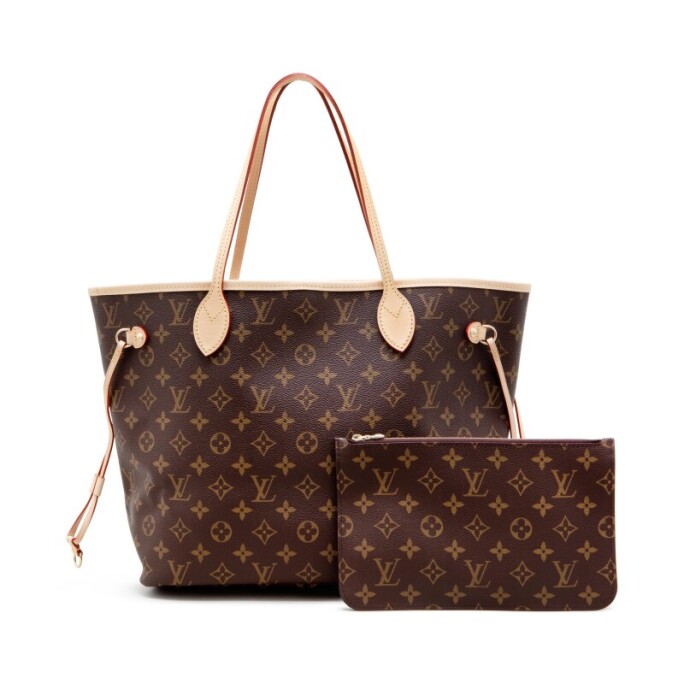 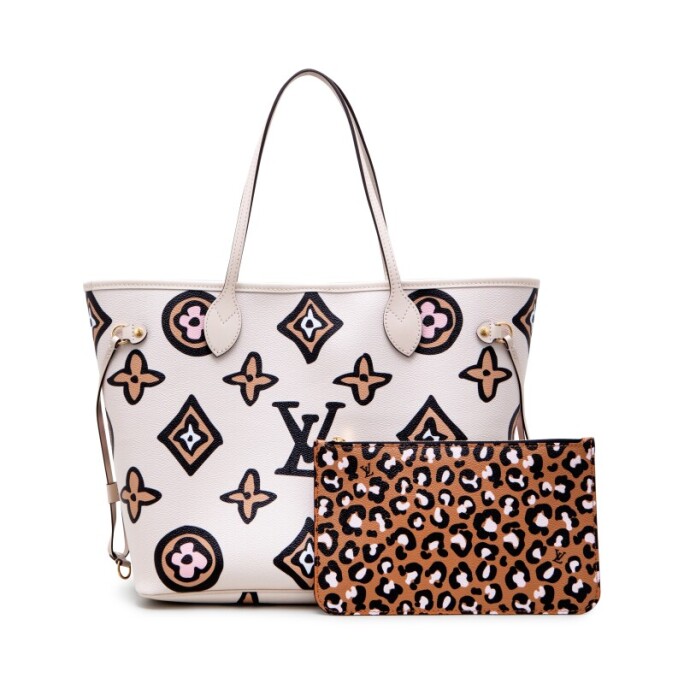 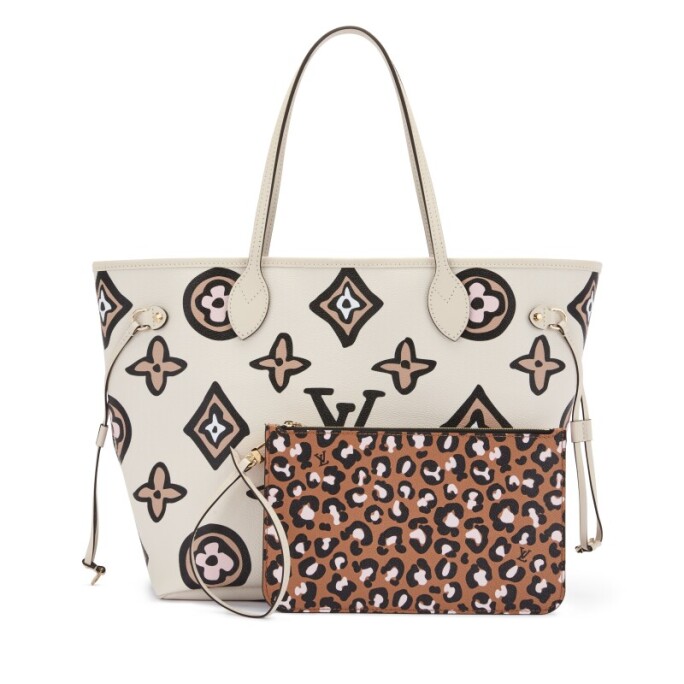 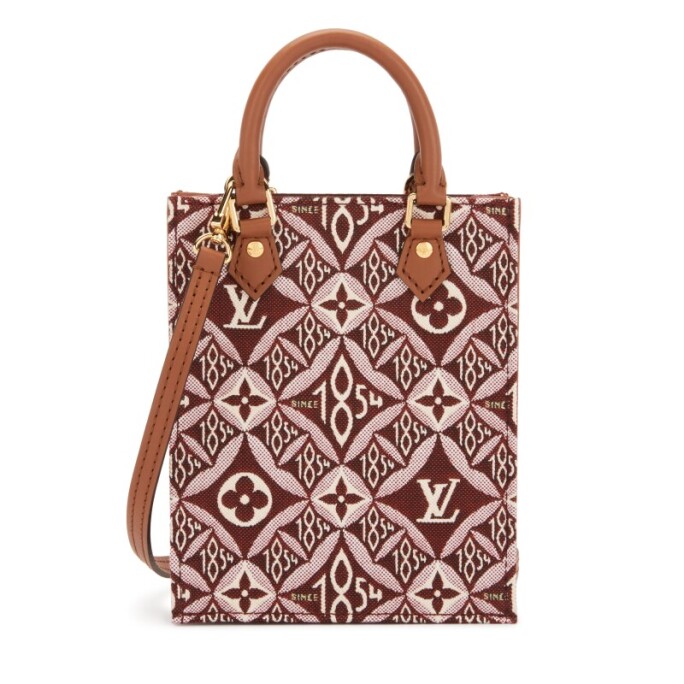 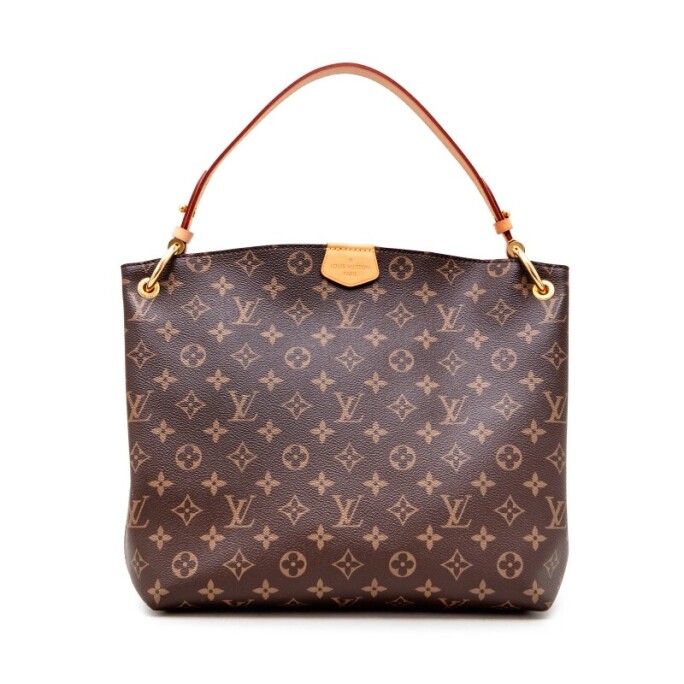 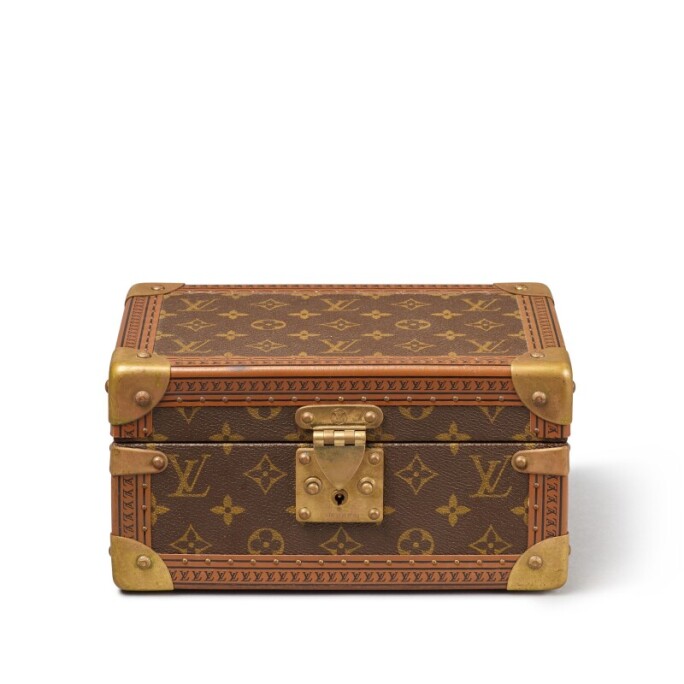 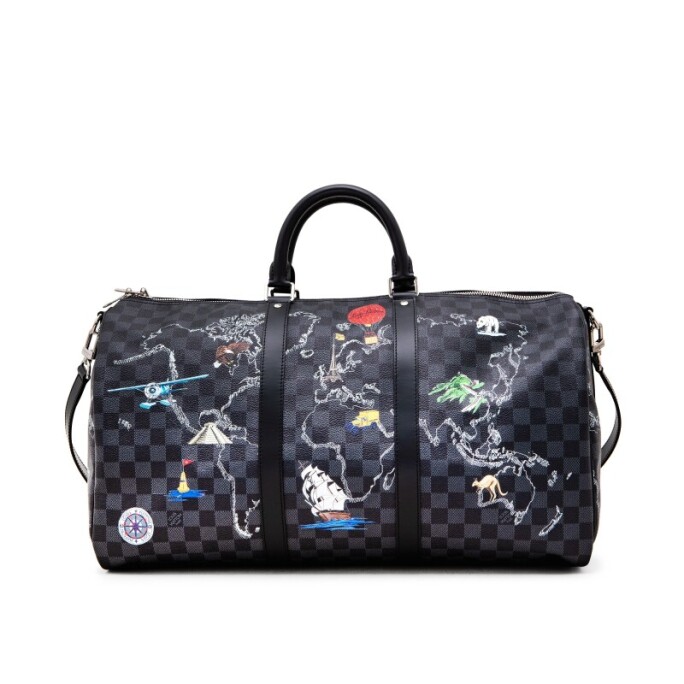 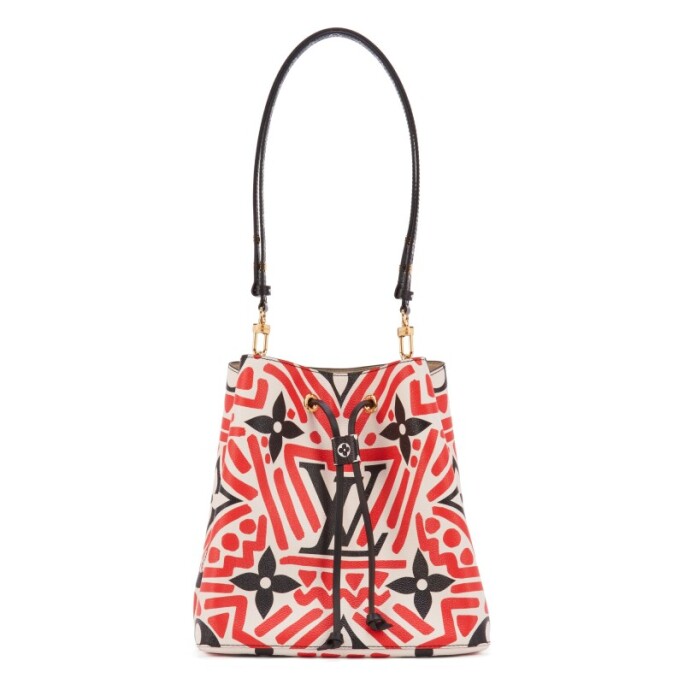