The Much-Loved World of Winnie-the-Pooh

As the setting for the cherished adventures of Christopher Robin and his friends Winnie-the-Pooh, Piglet and Eeyore, the Hundred Acre Wood is possibly the most famous map in children’s literature.

On 10 July, Sotheby’s sold an original sketch of this memorable backdrop to A.A. Milne’s classic creation, after it had remained unseen for almost half a century.  Drawn by illustrator E.H. Shepard, the sketch encompasses unforgettable locations from the “Pooh Trap for Heffalumps” to the famous spot “where the Woozle wasn’t”.

The map was featured on the opening end-papers of the 1926 first edition before being resurrected as the opening animation in the landmark Disney film Winnie-the-Pooh and the Honey Tree forty years later.

The sketch was offered as part of the English Literature, History, Science, Children’s Books and Illustrations sale which also included four more original Winnie-the-Pooh sketches by Shepard that had also remained unseen for nearly 50 years.

Despite being the work of Shepard, who also later illustrated Kenneth Grahame’s The Wind in the Willows, the map suggests that he was merely a helping hand, as Christopher Robin’s childish script signs off “Drawn by me and Mr Shepard helped”.

Including original sketches of Christopher Robin’s most famous friends and filled with charming details like Eeyore’s Gloomy Place, which  is labelled as “rather boggy and sad”, the map was sold for £430,000.

Based on the real Ashdown Forest in East Sussex, Shepard’s version of the Hundred Acre Wood is firmly based in the world built by Milne, complete with some cheeky misspellings - “nice for pikniks” and “Big stones and rox” – as well as the points of the compass spelling out “Pooh”.


Three other illustrations, all delightfully recognizable from the published book of The House at Pooh Corner, show the beloved characters playing their favourite game of Pooh Sticks on their special bridge.

The final lot, an original ink drawing, signed in 1928, depicts one of the most poignant and emotional conclusions in children’s literature. The illustration shows best friends Christopher Robin and Winnie-the-Pooh walking hand-in-hand to say their final goodbye at the top of the Forest. A.A. Milne described this moment as: "…wherever they go, and whatever happens to them on the way, in that enchanted place in the top of the Forest a little boy and his bear will always be playing”. 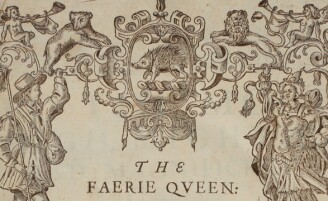 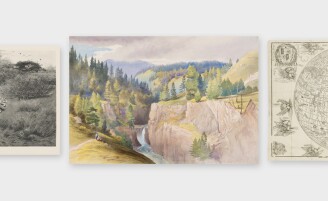