Two Monumental Censers that Embody the Power of the Kangxi Emperor

M easuring almost three feet in height, these expertly cast bronze censers embody the power and wealth of the newly established Qing empire under the Kangxi reign. The beasts, known as luduan, are mythical creatures with strong lion bodies, a single horn with the paws of a bear. They each stand confidently atop a menacing dragon; its head slithering upwards threatening to strike. Known as guardians of enlightened rulers and said to appear where wise and virtuous leaders were present, luduan were believed to be able to traverse vast distances, master all languages and to foretell the future.

Cast with hinged or removable heads, luduan were particularly suited as censers – as incense burned within, smoke would emerge from the beast’s mouth giving them the appearance of breathing smoke. Pairs of luduan were commonly placed on each side of an imperial throne to protect and highlight the ruler’s elevated position. As Chuimei Ho and Bennet Bronson note in their discussion of a pair of Qianlong cloisonné enamel examples from the Palace Museum, Beijing, included in the exhibition Splendors of China's Forbidden City. The Glorious Reign of Emperor Qianlong, The Field Museum, Chicago, 2004, these burners were traditionally valued at the Imperial Court, as with their open mouths and smoke billowing forth, they were a reminder to the emperor that he should always be receptive to honest advice.

While censers of this form are relatively common, the exceptional size of this pair make them very rare. They come from the collection of Wilhelm Anton Fritz Euler (1911-1994), a businessman and patron of the arts and nature, and has passed through descent within the family. Click here to learn more about this grand and monumental pair of luduan censers. 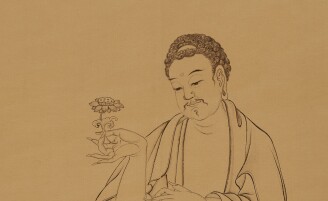