T he first week of August may be a slow time in some industries, but not in the US art world. Between 1 and 5 August, two events bring a concentration of collectors, auction specialists, dealers, curators and other insiders to Aspen and Seattle, two spectacular Western destinations where the scenery is as captivating as the art: the Rocky Mountain town of Aspen for ArtCrush, the annual gala (presented by Sotheby’s) that supports the Aspen Art Museum, and Seattle, for the city’s annual contemporary art fair, the fourth edition of which has a new artistic director. The dates overlap, which means easy travel between the two events is crucial. To get from the VIP collector’s preview in Seattle to Aspen in time for dinner, we rely on Sentient Jet, our private aviation partner, for seamless travel customized down to the minute. Whether your itinerary takes you to both or one, our preview gives the essentials along with must-see museum shows and more.

During ArtCrush, this famous ski town shows off its cultural side with a series of fundraising events for the Aspen Art Museum. ArtCrush regulars know to get their tickets early for WineCrush, the 1 August wine and gourmet food-filled kickoff event at the home of local super-patrons Amy and John Phelan. No tickets are required for PreviewCrush (2 August) at Baldwin Gallery and Casterline Goodman Gallery, where the works offered in the silent and live auctions are on view ahead of the main event on 3 August. That evening, the gala will honor this year’s recipient of the Aspen Award for Art Rashid Johnson, who will have a solo show at the Aspen Art Museum in 2019. Sotheby’s Oliver Barker will preside over the live auction.

Inside the museum itself, don’t miss the exhibition of works by recent artist-in-residence Cheryl Donegan. Perhaps best known for her conceptual and performance pieces, Donegan is also a painter, as this show of around 40 works will reveal her investigations into the medium. Also on view are new glass sculptures by Larry Bell and part three of Ritual, a group show of works by Sophie Calle, David Hammons, and others that considers how we define and enact personal and communal rites and habits.

As the Official Private Jet Partner of Aspen Snowmass for nearly 15 years, Sentient Jet Cardholders enjoy unmatched benefits in the air as well as on the ground when traveling to Aspen year round. With access to complimentary dinners at six premier Aspen restaurants, spa services, complimentary nights and upgrades at The Little Nell, our featured boutique hotel. To learn more about exclusive Jet Card offerings for Sotheby’s members, visit sentient.com/sothebys or call 866 279 2583.

Since its launch in 2015,the Seattle Art Fair has steadily increased its profile, upping its game with each edition. Among the projects organized by newly appointed artistic director Nato Thompson are a preview of Trevor Paglen’s Orbital Reflector, a satellite that will be launched into space and orbit the Earth by late August, and Wayne White’s 14-foot-tall puppets of Seattle pioneer women Mary Ann and Louisa Boren, that the public will be able to move. More than 100 galleries including 25 international exhibitors, set up inside the CityLink Field Event Center. The VIP collector’s preview and opening night party are both on 2 August.

In addition to the art fair, check out the Seattle Art Museum, where Basquiat–Untitled is on view in its only West Coast appearance through 13 August. The celebrated 1982 painting by Jean-Michel Basquiat will continue on a world tour sponsored by collector Yusaku Maezawa, who acquired the work at Sotheby’s in May 2017 for a record for $110.5 million. Also on view as Jono Vaughan’s Project 42, named for the short life expectancy of transgender individuals in the US and drawing attention to violence against trans people. At the Henry Art Gallery, works by Mickalene Thomas are on view as well as a reconstruction of the painter and photographer’s Brooklyn studio. Also part of the exhibition is Thomas’s selection of works by photographers who have inspired her, including LaToya Ruby Frazier, Xaviera Simmons and Carrie Mae Weems. 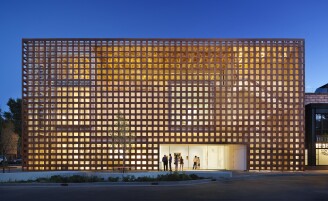 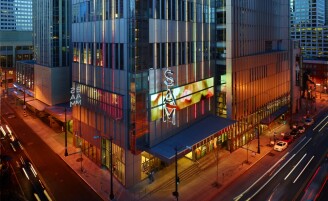