The Man Behind Freud’s Naked Man With Rat

I n his book Breakfast with Lucian, the author Geordie Greig recalls the impact that a painting he saw on a school trip to London had on him, igniting a lifelong passion for the artist’s work. The painting in question was Naked Man with Rat (1977-8, Art Gallery of Western Australia) – Freud’s first portrait of a male nude.

LUCIAN FREUD IN HIS STUDIO.

The painting is an impressive and imposing work – and was a highlight of the recent National Portrait Gallery retrospective, held shortly after the artist’s death. It depicts a well-built reclining nude, with flowing, Pre-Raphaelite strawberry blonde hair, gripping a rat, borrowed from one of Freud’s girlfriends at the time. The man in question is Raymond Jones – a man who even today retains an alluring charm and a naughty twinkle in his eye.

Raymond’s three-decade long friendship with Freud began through the purchase of a portrait of George Dyer, the then boyfriend of Francis Bacon. Raymond purchased the work for £1,000 and went on to sell it a decade later to fund the purchase of a house in West London.

After Naked Man With Rat, Raymond sat for Freud on several further occasions, including Naked Man With His Friend (1978-80, Private Collection), but it was his painting with the rat, drugged with a crushed-up painkiller and drunk on champagne to keep it docile, which remains his most fascinating legacy.

FRANK AUERBACH, MORNINGTON CRESCENT. ESTIMATE £3,000–5,000.
GIFTED BY THE ARTIST TO LUCIAN FREUD, WHO IN TURN GIFTED THE WORK TO RAYMOND JONES.

Freud turned to Raymond to borrow money to support his growing gambling debts, and he in turn introduced him to his circle of artist friends including Frank Auerbach, Michael Andrews and Francis Bacon, many of whom Raymond became close friends with. Raymond became a popular figure in the bustling London scene, regularly dining with the artists at Wheeler’s, one of their favourite London restaurants.

With his sparkling energy and infectious enthusiasm, Raymond’s position within the history of British art, through the painting of Naked Man with Rat is assured, and the very personal selection of works from Raymond’s collection offered in our Made In Britain sale on 28 September showcases both Raymond’s wonderful eye, and the fascinating connections he fostered with some of the century’s leading artists. 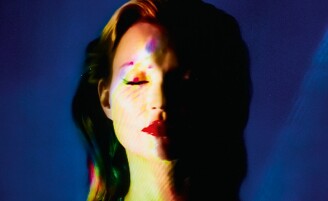