The Gilded History of a Little Known American Car Town

Before Detroit earned its Motor City moniker, Indiana was the automobile capital of the world, and Auburn – home to over 20 early American automotive marques – was its heart. With car auctions in Auburn this spring (10–12 May) and fall (30 August–2 September), Sotheby’s reflects on the city’s glamorous history.

Auburn, Cord and Duesenberg are some of the most illustrious car names to come from this small Indiana town. Designed and produced under a combined company, these were the costliest domestic automobiles of the 1920s and 1930s, commanding prices of $10,000 to $25,000 even in the midst of the Great Depression.

Greta Garbo owned one, as did Gary Cooper, Clark Gable and many European dignitaries and heads of state. The cars were not only symbols of extravagant wealth, but they were also supremely engineered machines that could hurtle down the highway at speeds well over 100 miles per hour. Four Duesenbergs were first-place winners at the Indianapolis 500, and another won the French Grand Prix at Le Mans. Today, Auburn, Cord and Duesenberg rank among the most collectible names in the classic car hobby.

Constructed in 1930, the company’s office and showroom space was specially designed to be an Art Deco jewel in and of itself. The brickwork exterior was covered in geometric shapes, while the interior was decked out in gleaming architectural flourishes that perfectly matched the opulence of the vehicles on display.

Today this former showroom holds the Auburn Cord Duesenberg Automobile Museum. The automobiles within it are among the most beautiful products of a golden age when luxury and power were the gods of the road. Some 140 classic, antique, special-interest and one-of-a-kind cars dating from 1898 to the present are on permanent display there, thanks to donations from all over the world.

Each year on Labor Day weekend, Auburns, Cords, and Duesenbergs from across the US return to the city of their creation for an annual festival. For many decades, a highlight of the event has been the classic car auction, which sees thousands of cars sold over the three-day weekend. RM Sotheby’s has expanded the annual Auburn calendar with a new spring sale, taking place each year around Memorial Day. With a look ahead to some of the lots on offer, we invite you to make the trip and explore Auburn’s rich history for yourself. 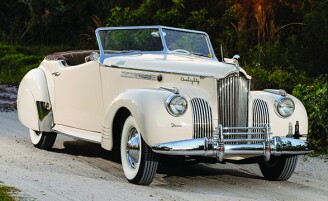 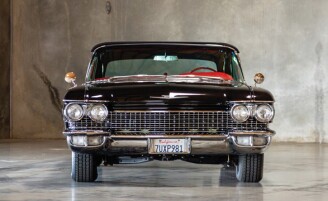