The European Fascination with Ottoman Warfare

By Chiara de Nicolais
These fascinating texts, which feature in Sotheby's Cottesloe Military Library sale on 19 November, reveal the European interest in the armies of the Ottoman Empire.

F rom the late fifteenth century onwards, the Ottoman Empire played an important role in European history. Trade agreements and diplomatic missions favoured cultural exchanges between the courts, while military conflicts fostered an interest in the Ottoman army and the structure of the Sultanate. Several volumes which looked in depth into the structure of the army or its specific units were published between the seventeenth and nineteenth century reaching the most important European military libraries of the time, as happened with three examples in Lord Cottesloe’s library.

Lot 303 is a testament to the interest and fascination which Italy and the rest of Europe had towards their neighbour in the seventeenth century. Written by Luigi Fernando Marsigli between 1679 and 1699, his Stato militare dell’imperio Ottomano is a two-volume detailed account of the Ottoman army, its structure and organization.

Shortly after Marsigli’s stay in Constantinople, in the first half of the eighteenth century, a crucial change and revolution in military training took place. After realising that their strength and power were falling behind their European counterparts, in 1735 Sultan Ahmed III (r.1703-1730) hired Claude-Alexandre Comte de Bonneval to create a new corps of bombardiers and to reform the military curriculum.

The revolutionary aspects of this new course of studies was that the soldiers were trained not only in ballistics but also in engineering and mathematics. Sciences such as geometry, trigonometry and mathematics started to be central elements of the military curriculum of the time and several manuals, comprising different treatises, were compiled in this period, as shown in lot 353, a manuscript compilation of works of military science dated to the reign of Sultan Mahmud I (r. 1730-1754).

The end of the eighteenth century saw several changes and restructures to the military. With the reign of Selim III (r. 1789-1807), the army and the government administration were the subjects of several reforms; a new military unit, called the Nizam-jedid, was created in 1797, although it lasted only a decade, until it was dismantled by the Janissaries in 1808 (lot 288). 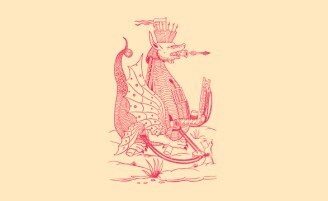