The Anatomy of Asterix

A crowd of curious spectators lean forward as one.  Before them a cadaver is laid out.  Through its dissection, they hope to advance their age into new territories of knowledge. Yet this solemn ceremony is taking place not in the anatomy theatre of Dr. Tulp, so famously depicted by Rembrandt van Rijn (1606-1669) in 1632, but at the dining table of Asterix and Obelix.

Uderzo, the visionary illustrator of Asterix and Obelix, frequently cast his motley crew of Gauls in the masterpieces of European art, comically framing the trials and tribulations of village life, with the compositional monumentality of works such as Théodore Géricault’s The Raft of the Medusa (1818-1819) and Eugène Delacroix’s Liberty Leading the People (1830).  In this frame from Le Devin (1972), which features in the Bande Dessinée (Comics) auction in Paris on 21 January, Uderzo offers an incisive reinterpretation of Rembrandt’s The Anatomy Theatre of Dr. Nicholaes Tulp (1632), one of the Dutch master’s most famous works.

Rembrandt’s painting, which depicted contemporary science at its literal ‘cutting edge’, is turned upside down in this clever reimagining.  Uderzo transforms esteemed anatomist Dr. Tulp into a suspect soothsayer claiming to interpret the wishes of the gods from animal entrails, converts his learned audience into credulous Gauls and swaps Rembrandt’s haunting, waxy skinned, anatomical subject with a fish.  Science becomes superstition as Uderzo’s rowdy Gauls unwittingly become actors in this parody of Rembrandt’s depiction of rational inquiry.  Only Asterix is wise to the satire, peering archly out of the frame at his readers with an irreverently raised eyebrow.

Uderzo’s revisionist anatomy theatre tampers knowingly with its Rembrandtian model.  For want of volunteers, seventeenth-century dissections were performed only on the bodies of executed criminals.  In Dr. Tulp’s case this unfortunate subject was Aris Kindt, charged with the theft of a cloak.  Uderzo wittily substitutes his for another criminal body; one of the village fishmonger Unhygienix’s criminally rotten fish.

Yet Dr. Tulp and Uderzo’s soothsayer have more in common than is initially apparent in this comic juxtaposition of progress and prophecy. It was not only the soothsayer’s carnal probing whose purpose was a better understanding of the heavens.  Science and religion were not in opposition in Rembrandt’s world and the pursuit of religious knowledge was at the core of Dr. Tulp’s anatomical investigations. In fact, Rembrandt’s painting is an elaborately staged fiction, precisely designed to reflect the divine insight acquired by Dr. Tulp and his colleagues through their work; though only those experienced in seventeenth-century anatomy would have spotted this.  The dissection has begun in the wrong place.  In this pre-refrigerator age, dissection was a race against the clock and the sensible anatomist began his investigations in the sites most susceptible to decay - the central organs - only moving to the limbs and extremities after this point. Rembrandt has adapted this reality in order to show Dr. Tulp in the moment of dissecting the forearm to reveal one of the flexor muscles, considered by Rembrandt’s contemporaries to be the greatest testament in the human body to the intelligent design of God. 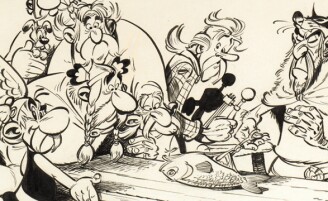