'Rise of Whisky': A Spirited Talk on the Legendary Black Bowmore Collection

By Peter Sabine
The Black Bowmore collection, featuring rare and old whiskies, is discussed by experts before the Rare Whisky & Moutai Live auction on 18 April.

A recent Sotheby’s webinar, "Collectors’ Eye: The Rise of Whisky", focused on The Black Bowmore collection that forms the centrepiece of an upcoming auction of rare spirits. The forum was held on Thursday 25 March, with Sotheby’s Spirits Specialist Jonny Fowle moderating an expert panel featuring Emmanuel Dron, author and owner of world-renowned whisky bar The Auld Alliance; Aaron Chan, owner of Club Qing, which specialises in rare and old Scotch and Japanese whiskies; and Ron Welsh, master blender for Beam Suntory which owns Bowmore.

Collectors' Eye: The Rise of Whisky

Bowmore Distillery was founded in 1779 on the Isle of Islay. It has been 27 years since the release of Black Bowmore, which has since become legendary among whisky connoisseurs as a hallmark of the distillery’s house style and a collectors’ item. Black Bowmore was first distilled in 1964 and released in 1993 as a 29-year-old, with following 30-year-old, 31-year-old, 42-year-old and 50-year-old editions.

Sotheby’s is presenting a rare opportunity for collectors to acquire the complete Black Bowmore whisky collection direct from Bowmore Distillery. During the webinar, Dron discussed trying to hunt down rare Bowmore bottles in Paris during the 1990s, as the collection had already become renowned among enthusiasts. “Black Bowmore is incredible and special and was already being sought out by collectors at that time. When you mix the best Islay whisky with sherry casks, it creates new dimensions, and something outstanding in the case of the Black Bowmore,” Dron says.

The collection, to be auctioned on 18 April, comprises five archive bottles spanning 1993 to 2016 presented in a truly unique bespoke piece of furniture created by award-winning craftsman John Galvin. “He spent two years working on this project, a real homage to 1960s Bowmore production with an incredible amount of care and attention, and it’s a shrine to Black Bowmore and a labour of love,” says Fowle. The one-of-a-kind handcrafted archive cabinet is made from an original Bowmore Spirits safe – a unique piece never to be replicated, including a book detailing the journey of Black Bowmore throughout its five releases and the creation of the cabinet.

Within the cabinet there are four elements: wood, peat, grain, and water, which represent the heritage and spirit of Bowmore, in spite of changes to the production methods. “These elements are key to Bowmore, and while the processes have changed over the past 50 odd years, as have the raw materials, but we are trying to ensure that we capture the essence of that original Black Bowmore every time we make a new bottle,” says Welsh, master blender for Beam Suntory’s five distilleries and eight scotch brands. For Welsh, the bottles encapsulate his passion and exhilaration for whisky, particularly the moment of “excitement when cask samples come into the sample room and we witness the whisky reveal its secrets.”

The Black Bowmore whisky collection is estimated to be in the region of HK$4 million (US$500,000 / £400,000). Notably, only 159 bottles of the fifth edition of the exclusive Black Bowmore 1964 distillation (‘Black Bowmore 50 Year Old - the last cask to be rediscovered’) were made under the careful eye of Bowmore’s craftsmen, including Master Distiller Eddie MacAffer. That makes it one of the rarest and most sought-after single malt whiskies ever created. It is known for its deep, black pearl appearance; nose of ripe exotic fruits, aromatic orange peel and rich black cherry; silky taste of mango, passion fruit and acacia honey interwoven with fine velvet chocolate espresso, and persistence of syrupy black truffle and a nuance of spice.

The winning bidder will be invited to the Bowmore distillery for a tasting of the distiller’s rarest and oldest single malts. “I’m in the enviable position of being able to try many whiskies, and I would say to people out there, it is important to explore, to create your own vocabulary through your own sense through educating your palate,” Welsh says.

Despite its rarity and collectability, Chan says that ultimately whisky is made for drinking, especially if it is as amazing as The Black Bowmore. “Every serious collector has their holy grail, it is a special experience to drink very good whiskies, and as a collector we have a responsibility to open these rare bottles so people can try them,” he says. The sentiment is shared by Dron, who says that whisky offers the chance to unite “people around the world who don’t speak the same language but have a mutual passion, and can share a glass of whisky and understand each other.”

Ultimately, learning and investing in whisky is about taking the time to appreciate its splendour, rather than simply spending money says Fowle. “Invest time and learn, understand what you enjoy, and invest. If you are not collecting what you enjoy, you are not doing it right. The people who spend the most are the people who are most passionate and knowledgeable. In Asia, I speak to collectors who know so much, it’s a deep lifelong passion for them.” 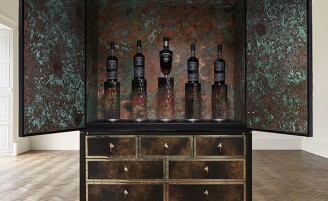