T his is one of the very first photographs ever taken of the Cathedral of Notre-Dame, c.1840, just one year after the announcement of Arago of the Invention of Photography. This photograph was also taken before the restorations of the Cathedral Notre-Dame that started in 1844, that saw the construction of a new spire, that that was irreparably damaged in the devastating fire in April 2019. The grey tint, distinguishing early daguerreotypes and the richness of details have remained unharmed.

Vincent Jacques Louis Chevalier (1770-1841) one of the pioneers of photography, was a French optic engineer from a known optician family for generations. He made several remarkable views of monuments in Paris using the daguerreotype, and was the one who introduced Louis Daguerre to Nicéphore Niepce.

"One of the first famous daguerreotypists, the Baron Gros (Jean-Baptiste Louis) described in 1846 while comparing his results to those by Chevalier "I think it is difficult to obtain more satisfying results (...) and the views of Panthéon, Notre-Dame, etc. (...) seems to me like they are leaving nothing to desire."

Another early daguerreotypist, Noel Lerebours, reproduced daguerreotypes through engravings and distributed on a larger scale these unique images. This plate was probably one of the views used by Lerebours in his Excursions Daguerriennes reproduced here.

Only two other similar plates are known, one is in the collection of The Museum of History of Science in Oxford and the other is known to be in a private collection, and registered in 1988 as French National Treasure. This plate is therefore a truly historical icon and one of the last remaining example in private hands of the earliest daguerreotype views of Notre-Dame.

This picture is particularly poignant when considering the damage caused by tragic fire in the spring of 2019, and serves as an important record in the life and times of this iconic cathedral, and quintessential symbol of Paris. 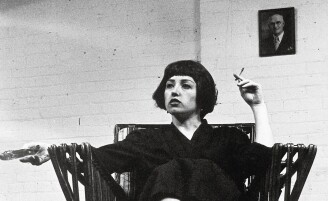