By Camille Lacaze
On the occasion of the Contemporary Curated sale, Sotheby's is pleased to invite Marie Hazard as guest curator to discuss her own career as well as a selection of works presented in the auction.

M arie Hazard welcomes us into the light-filled apartment that she has just moved into, and where she has installed her studio. The place reflects the universe of this very special artist, who talks to us today about the origins of her work and her excitement at being selected as Guest Curator for Sotheby’s Contemporary Curated Sale this November.

Marie is an artist who is determined and strong. She studied at Central Saint Martins in London, where she learned to weave, buying her first loom after launching a crowd-funding campaign (the very same loom that she installed in the Galerie Mitterrand, as a part of a solo exhibition). Today, she explains that it is essential to show the intense manual work that allows her on the one hand to put the tool at the centre of her work and on the other, to fully understand her approach. She emphasizes and highlights the importance of the process itself, because the art of weaving requires hours of concentration and work - it is a quasi-meditative art.

Marie weaves at home, creating the works that she then takes to the printer. Once printed, she adorns them with fragments of verse or selected phrases. Hazard is constantly inspired by words, feelings and speech, so much so that it can feel like she is inventing a new language with her creations.

On the occasion of the Contemporary Curated sale, Sotheby's is pleased to invite Marie Hazard as guest curator to discuss her own career as well as a selection of works presented in the auction.

What inspires your work?

Most of the time I am inspired by my daily life, my experiences, my encounters. I think it's an obvious thing for an artist, we are moved by things that happen in our lives and we are constantly working on them. These things that interrupt our daily lives. I don't think that I'm influenced by any particular artist; but I do like books. They are an inexhaustible source. I particularly like writers such as Marguerite Duras, Roland Barthes, Philippe Jaccottet, Nicolas Bouvier and more recently Maylis de Kerangal. I am passionate about the work of Louise Bourgeois, both her art as well as who she was as a woman, so strong and so present. I also like Marina Abramovic very much, I think that performance art is an art in its own right. I've listened to her in several podcasts, I'm always moved by her voice and her words. She conveys exceptional emotion. These are two women who inspire me.

Can you talk us through a typical day in your studio, do have any rituals and practices?

I listen to a lot of music. I like all kinds of music. At the moment I'm listening to Brazilian music. In a completely different context, I recently discovered Anohni who I like a lot. I also listen to podcasts, I particularly like l'Heure Bleue with Laure Adler, her voice transports me! There are also two programs that I listen to during the day: Les Pieds Sur Terre and Affaires Culturelles with Arnaud Laporte. For me it is important to listen to the radio and music when I weave. I love listening to stories, the daily life of others. I like to know people’s histories, to understand what touches them in their art, in what they do, in their life. It's fascinating. I don't have any rituals except for this one, because every day is different. I don't like daily routine and habits; I like change and unpredictability, things that happen by accident.

Do you consider yourself a collector? What advice would you give to someone who is embarking on their collecting journey?

I don't really consider myself to be a collector. I like not having a lot of things. I hardly own any objects. For me it's important to create in an environment that is simple and uncluttered, where I can allow colours and shapes to enter. I did, however, acquire my first work by the artist photographer Rebekka Deubner, after I discovered her work five years ago. I love the delicacy and softness of her photos. It is work that is poetic and strong. She works on subjects that I am passionate about such as metamorphosis. If I were to imagine being a collector I would give the following advice: collect works that really touch you. An artist gives something to the world, they offer an emotion. They’re on a mission, putting everything into the work, it is a quest, a continuous search. There must be intensity; one has to feel something to collect art.

Marie Hazard's picks of the sale 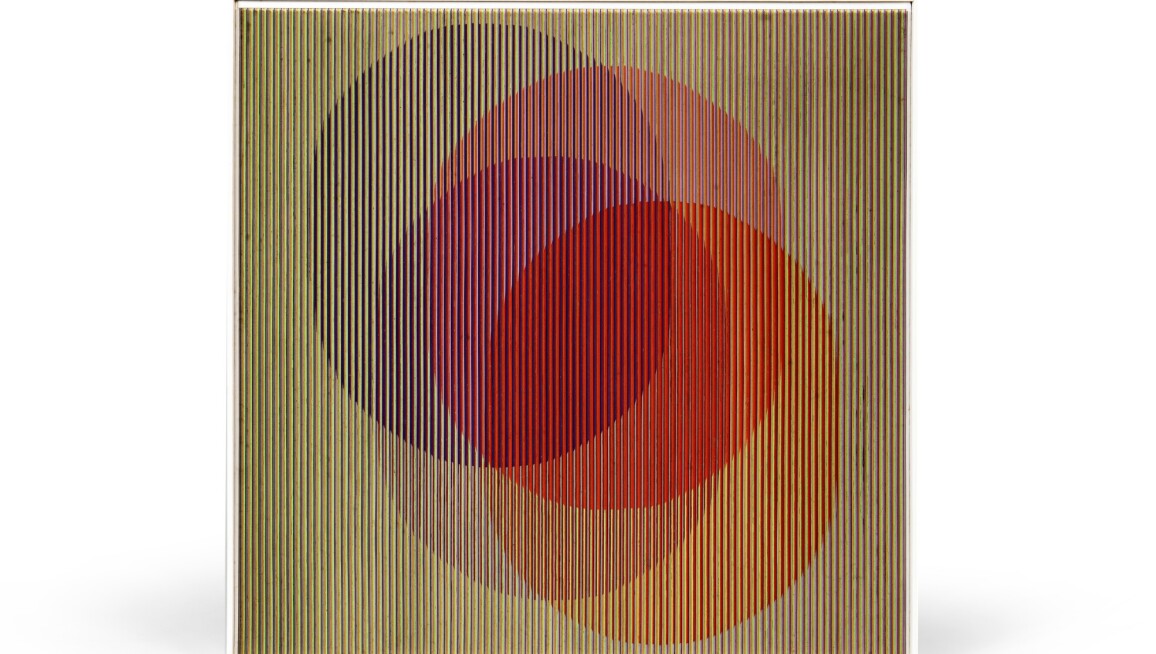 As you work in a very tactile medium, do you find yourself drawn to other artists and creatives who use textiles?

I learned a little from Sheila Hicks for a brief period. I have also had the opportunity of meeting other artists who work with textiles, but I don't think they influence me. I want to trace (or weave) my own path. Some artists move me deeply, provoke unique emotions in me. For me it is above all a question of emotion. I remember a show by Anselm Kiefer at the Royal Academy in London, the exhibition totally transported me. I went there three times and each time I went, I was overwhelmed and cried. Was I sad? Or happy? The power of art is extraordinary. When I was a child (I grew up in Le Havre), I came to Paris with my parents many times. I saw the Alberto Giacometti retrospective in 2001, when I was seven years old and was dazzled by his sculptures. They were so elongated - taller than me, there was an aspect that was very primitive, almost magical, mysterious. This exhibition was a true encounter with art and I still remember it. This year when I went to Berlin, I visited the Berggruen Museum where I watched the video over and over again, of Giacometti at work in his studio and kept looking at his hands. I think my influences have been present since childhood. I had a complicated childhood and questioned myself a lot. My greatest desire was to acquire my freedom, my independence. It's the idea of resilience.

I also weave my memories into my work, what I have lived over the past twenty years. I was very lucky to have known early on that weaving was my means of expression. I also incorporate words, fragments or sometimes texts. I also work on the idea of the “flou”. Central Saint Martins taught me a lot in terms of encounters and personal development, it was a place that was open and where each person was different and where no one felt judged. This is rare in some places today. I met some extremely talented people, to name a few: Constanca Entrudo, Nadia Wire and Christina Seewald, friends I admire who work with textiles in such a unique way. I was also very close to my grandmothers, one of whom painted the landscapes of Brazil where she had lived for twenty years, and one who collected jewellery and clothes from some of the greatest designers. They were very different, and they passed on to me this taste for painting and textiles in their own way. I travelled abroad very little with my parents. Three years ago, I went to Mexico for three months as an artist in residence. It was the first time that I had been to a continent other than Europe and it seems crazy today, when everything is so easily accessible. I was very proud to be able to make this trip alone; I discovered a culture that fascinated me as much in terms of textiles as in sculpture and architecture. From Mexico City, I also travelled to New York for the first time. There, I discovered a city in motion that is very welcoming. I loved New York. I could see myself living there.

Two works by Marie Hazard will be on view, along the Contemporary Curated exhibition, at Sotheby's Paris from 8 - 12 October 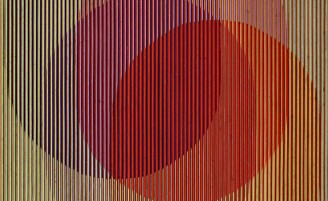