Marella Rossi: A Passion for 18th Century Art and Furniture

PARIS – Galerie Aveline director and 18th Century Art owner Marella Rossi is the Artistic Director of an exhibition of three private collections of fine furniture, paintings and works of art at the Galerie Charpentier at Sotheby’s from 10–13 September. The three sales -  the Collection of Prince Marc de Beauvau-Craon; a collection of fine 18th-century French decorative arts called L’Élégance Intemporelle; and an Italian collection llustrating the deep artistic bonds between France and Italy – coincide with this year’s Antiques Biennale. Ahead of the exhibition, the cabinet-maker and lecturer Jean-Pierre Toussaint, interviewed Marella Rossi for Sothebys to find out how she pairs 18th Century Art with modern pieces in order to change perceptions of the works.

Jean-Pierre Toussaint: Why do you admire 18th century art?

Marella Rossi: My father was an antique dealer specialising in quality 18th century furniture and objects and he gave me a taste for this period, taking me to auctions every weekend from an early age.

JPT: This period is less popular today than it was in the past, how do you think it is possible to change amateurs’ perception of the art from this time?

MR: Indeed, it is often said that 18th century furniture and objects no longer correspond to the taste of today whilst they are eminently modern! They deserve to be presented in an isolated fashion within an interior to give them more importance. However it is particularly important to attempt daring combinations, presenting a pair of Boule Marquetry chest of drawers in a contemporary house for example.  Art amateurs need to be offered an alternative perception of 18th century art in order to appreciate it more. For the three private collections presented by Sotheby’s from the 10–13 September at the Galerie Charpentier during the Antiques Biennale, I therefore chose to create three atmospheres which draw on our different senses as a means of discovering 18th century art in a different fashion.  18th century furniture and objects really deserve to be rediscovered. It is important to look for the modern across all periods in order for the association to work. Nothing is more modern than an 18th century chest in Japanese varnish.

JPT: How can the modernity of this period be revealed?

MR: Museums offering original and extraordinary exhibitions take part in this rediscovery. However interior designers, the “trendsetters” or “knowledge brokers” can also help us to learn how to integrate them in our homes in a more modern and lighter fashion. A growing interest in art from the past can be felt today on the behalf of contemporary art collectors, and they now wish to open out their collections to other disciplines whose modernity is no longer questionable, such as primitive or Pre-Columbian art. The 18th century is also of great modernity and the quality of what was produced at this time has never been equalled! 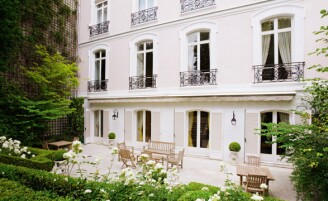 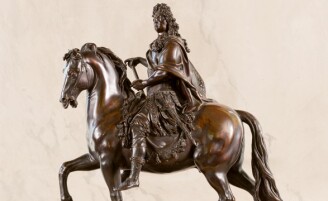 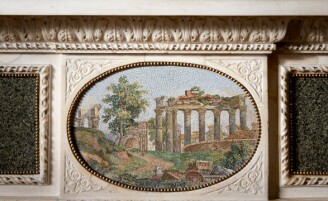