Kästner and Maschler: The Literary Friendship that Defied the Nazis

“I am very glad to have heard that you are alive. As you see I am alive too,” wrote publisher Kurt Maschler to Erich Kästner, the celebrated author of Emil and the Detectives, in 1945. The two Germans – who both, in different ways, resisted the Nazis – had survived the war and were counting their blessings. A vast archive of correspondence between the pair is offered by Sotheby's in the upcoming Important Manuscripts, Continental Books and Music sale, and it reveals, their shared love of literature and humanity remained undiminished even in the wake of the scorched earth depravities of fascism.

The pair’s wartime experiences were both awful and extraordinary examples of resilience. Maschler, a Jewish Berliner, escaped from Nazi-annexed Vienna in 1938, eventually finding sanctuary in England. His mother and sister were murdered in the concentration camps.

Kästner, meanwhile, chose to remain in Berlin and risk a similar fate. As a committed pacifist, his works were considered anti-Nazi and burnt by the authorities; he was also questioned by the Gestapo and received warnings that he was to be executed as Berlin was about to fall. Although he managed to navigate his way to peace, his home, library and papers were destroyed in a bombing raid.

In London, Maschler was forbidden to write to anyone in German occupied territory and so their friendship had to wait until the end of hostilities to be resurrected. Pre-empting Kästner’s predicament, however, he had already set up a publishing company in Switzerland to print his friend’s books.

Their correspondence spans almost three decades, from the mid-1940s to the early 1970s, and deals with the business of books – contracts and copyright, royalties and loyalties – but also the business of friendship. “Please let me know how you and your mother are and what I can expect from you,” Maschler wrote to Kästner in 1946. “People all over the world are waiting for your new book!”

The archive is hugely diverse – autograph letters, annotated carbon copies, newspaper cuttings with handwritten remarks, telegrams, even fan letters from readers. And there is an extraordinary letter from Kästner ’s devoted secretary Elfriede Mechnig. Kästner had met her in a Berlin café in 1928, introducing himself with the proposal: “Would you like to help me to become famous?” She remained his faithful retainer for 45 years.

The letters once again highlight the significance of émigré publishers in Britain during the latter half of the 20th century. A recent exhibition at Sotheby’s London, Brave New Visions, highlighted the achievements of art publishers Thames & Hudson and Phaidon, whose founders had escaped the Nazis. Other prominent publishers, such as George Weidenfeld and André Deutsch, had done the same. Their contributions to the post-war culture are immeasurable.

The friendship between Kästner and Maschler has had an enduring legacy. Kästner's 1929 masterpiece Emil and the Detectives – a delightful variation on the Baker Street Boys played out in Weimar Era Berlin – remains a classic of children’s literature: it has been adapted for the cinema several times and was recently brought to stage at the National Theatre in London. Maschler founded a children’s book award and remained a prominent figure in the literary world for the rest of life. His son, Tom Maschler went on to publish an extraordinary list of authors, including Joseph Heller, Salman Rushdie and Philip Roth, and create the Booker Prize. 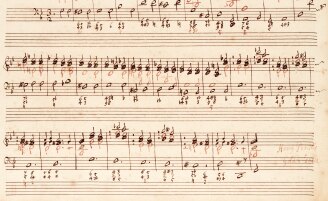