By Sotheby's
S ince its creation in 1874, Piaget has embodied an elegant blend between tradition and avant-garde, achieved through the watchmaker’s ground-breaking approach to design and technical innovation. When enthusiasts and collectors evoke Piaget, what springs immediately to their mind is ultra-thin calibers, hard-stone dials and innovative design.

Georges Edouard Piaget created the brand with an initial focus on movement manufacture. In 1911, his son Timothée took the helm and steered the brand in a radically new direction, introducing audacity and fresh creativity to the production of Piaget-signed timepieces.

The period between the end of the 1950s to the 1970s is widely regarded as the golden era of this Swiss manufacturer. At that time, Piaget introduced many of the iconic pieces that are still today part of the DNA of the luxury brand. Piaget revolutionized the mechanical approach to watchmaking with the launch of the manual wind cal. 9P at Baselworld in 1957. Already having an established reputation as a purveyor of superlative movements, Piaget watches quickly became an international phenomenon. The brand solidified its acclaim in 1960 with the launch of the Caliber 12P, the world’s thinnest automatic movement.

That groundbreaking invention ushered in a new era of ultra-slim, ultra-elegant watches, which was epitomized by Piaget’s iconic Altiplano. With its sleek profile and minimalist dial, the Altiplano dominated watch design throughout the 60’s and continues to be one of the brand’s most sought-after models. 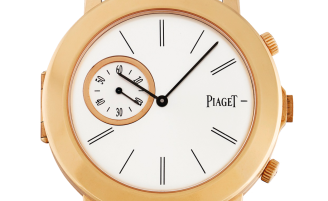 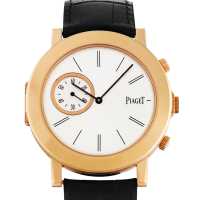 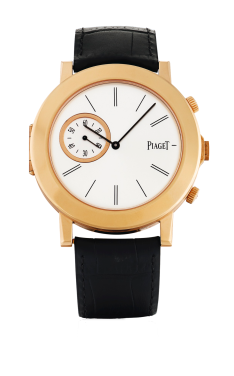 Piaget also pioneered the blend of jewelry design with innovative watchmaking. Throughout the 60’s and 70’s, Piaget continued to release boldly stylish watches that repositioned timepieces as a fashionable accessory. The brand first fitted hard-stone dials to their wristwatches in 1964, and such artistic creativity soared to its height five years later with the introduction of the 21st Century Collection. The elegantly sculpted cases and complex bracelets would be further-embellished with precious stone-setting and hard-stone dials. The essence of the era was captured forever in these pieces which are still coveted today as they remain the Piaget DNA illustration par excellence.

The Haute Couture period of watchmaking saw the proliferation of turquoise, coral, lapis lazuli, bloodstone or even onyx and tiger’s eye dials designed for both men and ladies. The late 1970s proved to be very fruitful for Piaget who made good use of its available variety of movements. However, modern market expectations during the transition into the 1980s meant offering an automatic alternative to the more traditional manual wind options. Piaget’s current production remains strongly influenced by the 1950s-1980s era and perpetuates the tradition the brand has been establishing throughout the ages

Sotheby’s auction Watches Weekly| F.P Journe, Piaget & The Atmos Clock includes a curated selection of attractive creations from this golden era. These charismatic pieces go beyond representing a golden period and continue today to charm us by their sophistication and timeless elegance. It is easy to understand why this fascinating manufacturer inspired icons of style and artists such as Jackie Kennedy, Elizabeth Taylor, Andy Warhol or Salvador Dalí. Piaget brings together the very best of glamour, craftsmanship, engineering and exclusivity for many more years to come. 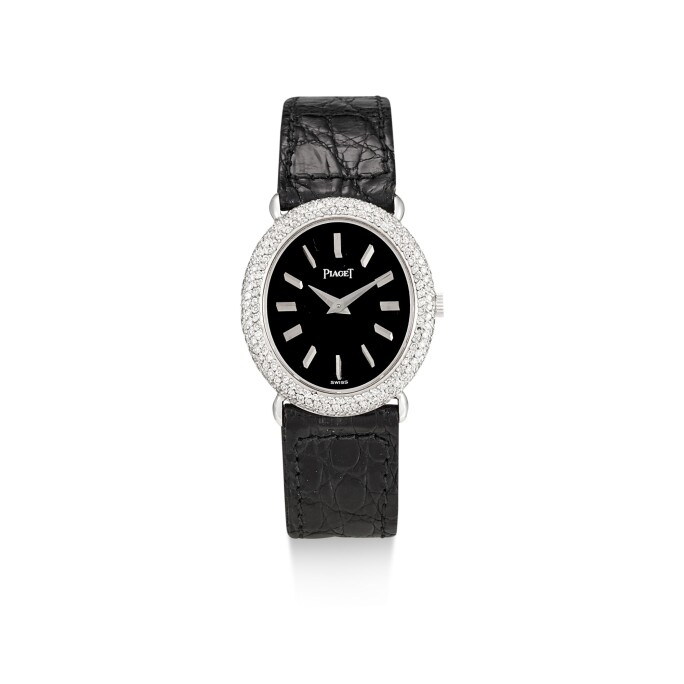 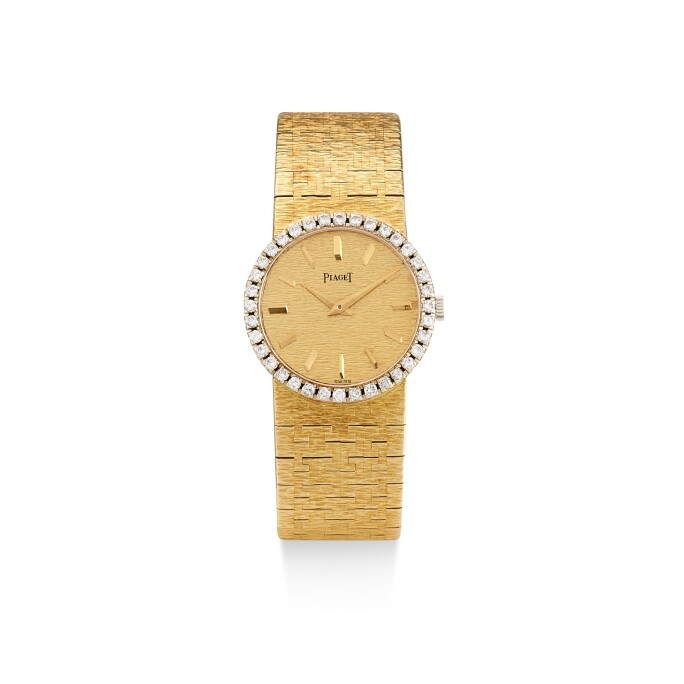 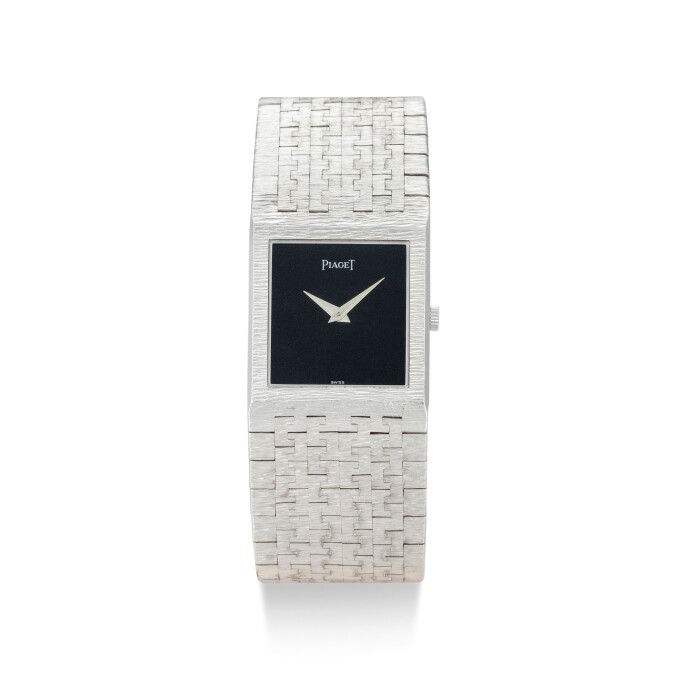 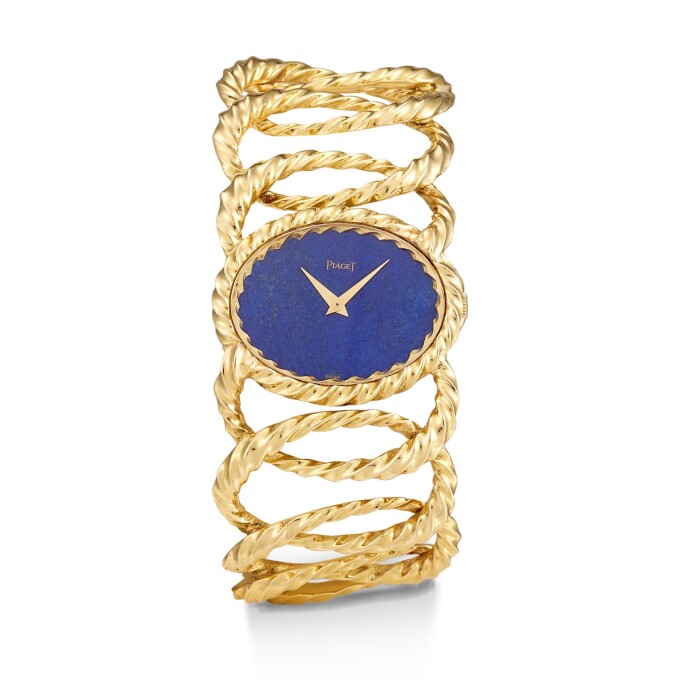 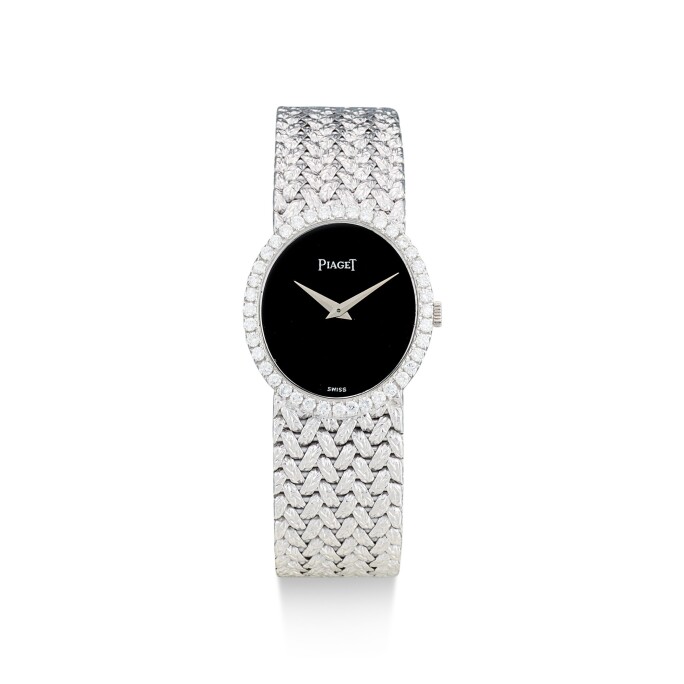 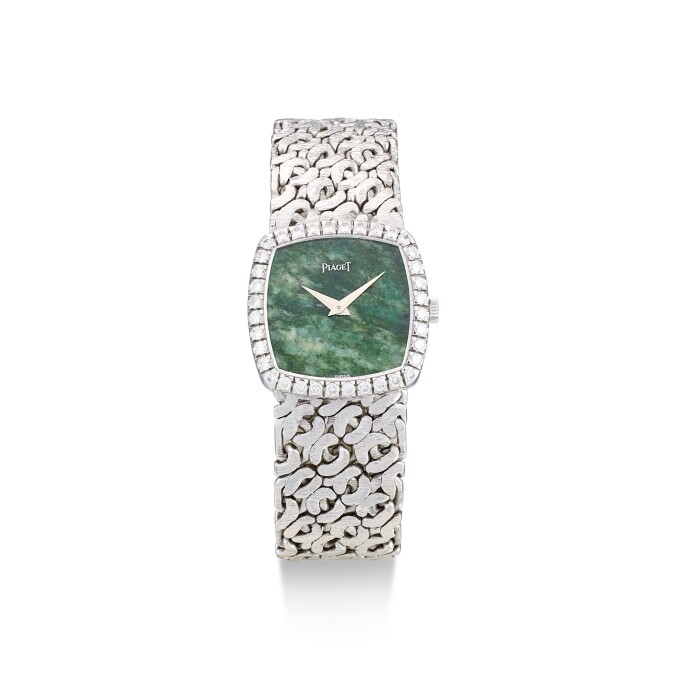 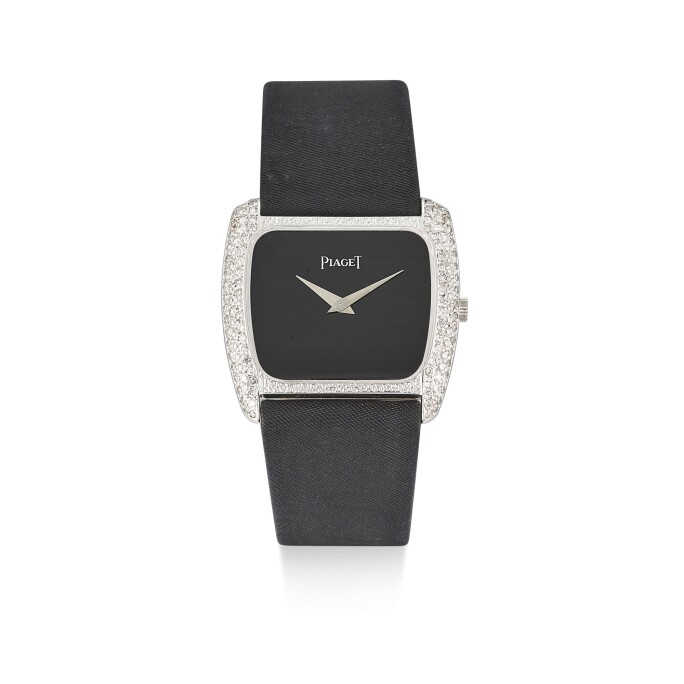 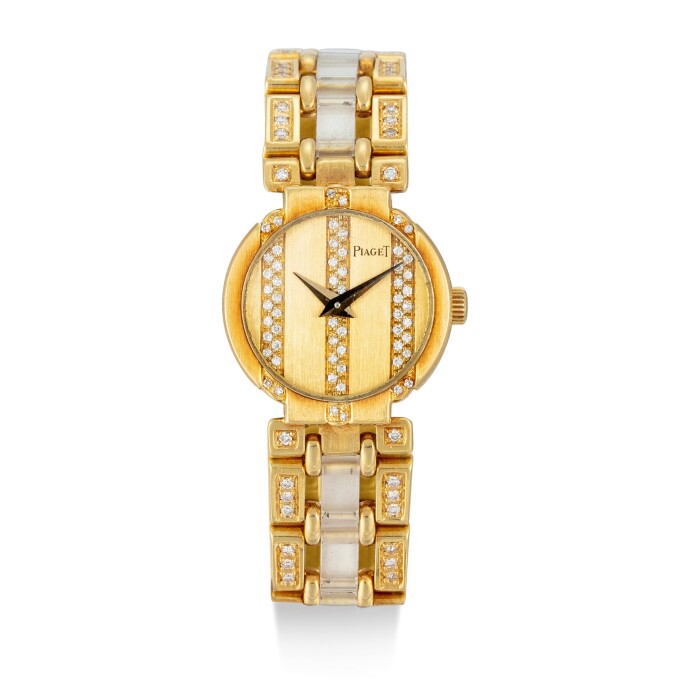 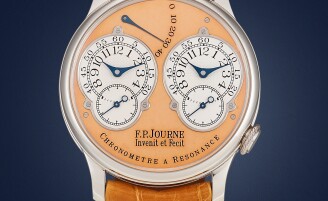