How Muhammad Ali Fooled the World with a Photograph

Flip Schulke’s photographs of boxing legend Muhammad Ali standing in a swimming pool are probably some of the most impressive images of a sportsman in action ever taken. Yet Schulke (1930–2008) later revealed that the photographs, which feature in the Photographs sale in London on 17 May, were not all they seemed.

A series of underwater shots of the boxing legend were taken in a Miami swimming pool in 1961. The 19-year-old boxer, then still known as Cassius Clay, was training in the pool when Schulke arrived to discuss the shoot for Sports Illustrated. He explained to the photographer that a previous trainer had encouraged him to practice in the pool as the water resistance acts just like weight.

However, when Schulke suggested the underwater shots to the magazine, the idea was rejected. "When I called the editor at Sports Illustrated, he thought I was crazy for taking pictures of a boxer in a swimming pool,” wrote Schulke in his 2003 book Witness To Our Times. “So I called Life magazine, and they liked the idea. In those days, Life loved to beat out its sister publication on a story, so I went back to take pictures in the pool."

On the day of the shoot, Schulke had already taken several photos of the boxer before capturing the best-known shot. "I turned around, and there he was, standing on the bottom of the pool,” he later recalled. “I mean, that's very hard to do, and he's in a perfect boxing pose. So I swam over real quick and I got about six pictures of him. He was holding his breath all this time and not making any movement."

It was three years later when Schulke went to photograph the boxer again that he found out he had been fooled by Ali and his trainer.

He explained: “We were looking through a scrapbook, and when he came across my underwater pictures he winked at me. I realized he had taken me. I learned later he and his trainer had come up with the whole story on their own. He didn’t even know how to swim…. he fooled everybody - and it made fantastic pictures.” 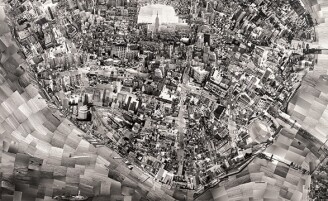