Rare treasures of Chinese art from French and European private collections including a superbly carved zitan ‘dragon’ cabinet dating to the Qianlong period of the Qing dynasty and a wonderfully expressive rare Ming dynasty polychrome stucco figure of Guanyin will be offered in the June Paris Asian Art sale. 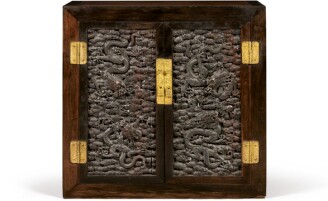 The twenty-seven rubbings, calligraphies and paintings presented in this catalogue are but a small part of what was an important collection of Chinese art that was formed in China between 1894 and 1922, a time of great political and social turmoil.

The collector, a prominent member of the German community in China in the early decades of the 20th century, was a prosperous German business man who counted high-ranking bureaucrats, dignitaries and officials active in the late Qing government among his many business associates. In his position, he must have been acquainted with Duan Fang (1861-1911), one of the most important political figures and reformers of the late Qing period who, in 1909, was appointed Governor General of Zhili.

Twelve of the works presented here are directly associated with Duan Fang. Several paintings, rubbings and calligraphies are inscribed by Duan Fang and bear one or more of his seals (Duan Fang zhi yin, Duan Fang si yin, Tao Weng, Taozhai jianzang shuhua). Six works on paper from this group are listed in the catalogue of Duan Fang’s painting collection Renyin Xiaoxia Lu which he published in 1909. 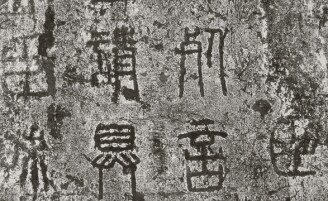 This magnificent and extremely rare Imperial ‘Yangcai Crane and Deer Ruyi’ Vase is the undisputed highlight of the Paris June Asian Art sales.

Hidden in the attic of a French family for decades, it is an Imperial masterpiece that may have been made to order for the private living quarters of the Qianlong emperor in the 1760s. 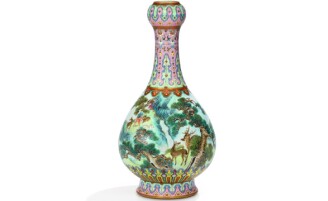 12 June at 10:45 AM : Fine Chinese paintings, calligraphy and rubbings from a German private collection