7 Things to do During Paris Photo

T his week Sotheby’s will be offering two important live auctions and one online auction of photographs, featuring a collection that celebrates modernism around photographers such as Man Ray, Paul Strand and André Kértész. The second auction will features star artists such as Richard Avedon, Wolfgang Tillmans, and Andy Warhol.

At the same time, from 8–11 November, Paris will be the will be the centre of attention for the photography market as all galleries, collectors, curators, publishers and artists come together for Paris Photo: the world's largest international art fair dedicated to the photographic medium. Take a look below at ten exhibitions chosen by our specialists that you should not miss.

An eagerly anticipated opening following renovation works and the appointment of a new director (Simon Baker coming from Tate Modern) will be that of the Maison Européenne de la Photographie. It opens with the star photographer JR and his first important exhibition in a French institution called “Momentum, la mécanique de l’épreuve”.

This exhibition brings together the first photographs of the artist, monumental collages of his masterpieces and some original works. Working with photography, cinema and performing arts, JR mobilises communities, districts and entire villages. The exhibition immerses visitors in JR’s creative process, showing his first graffiti, collages and photographs.

An escape to the Bibliothèque Nationale de France (BNF) is also recommended for a very richly documented and exceptional exhibition.
The BNF is showing the first large exhibition dedicated to the three Nadars. Félix Nadar (1820-1910), his brother Adrien Tournachon (1825-1903) and his son Paul Nadar (1856-1939) were both photographers, painters, artists and inventors…

Some 300 pieces reveal the specificities of each of the three photographers, of their collaborations and rivalries; the exhibition embraces the entire history of the Nadars’ studios over nearly a century

Gilman and Gonzalez-Falla, two Americans in love with France, started to acquire photographs in the 1970s. When the couple discovered the work of the French photographer Eugène Atget, they were inspired, and went on to acquire 9000 of his photographs. Their collection tells the story of the evolution of photography and the image throuth the 20th and 21st centuries.

In this new recently opened exhibition, the artist Martin d'Orgeval reveals his love of light, which is present in each of his works, striking the material, conquering the medium and giving life to the creation.

Éric Hussenot, working for the fourth time with Martin d’Orgeval, presents around fifteen recent photographs by the artist in his spacious gallery in the heart of the Marais district.

5. David LaChapelle, Letter to the World

Exhibition from 3 November to 29 December

David LaChapelle returns to Paris with a large-scale exhibition designed for Galerie Templon’s new spaces. Conceived as a journey through LaChapelle’s imagination, Letter to the World brings together iconic pieces and the photographer’s dramatic new work.

Born in 1963 in Wisconsin, USA, David LaChapelle is an internationally renowned artist known for his vivid fashion photographs and baroque images populated by celebrities. He is now one of the most widely published photographers in the world.

For the much expected opening of the its new spaces in the Marais district, Fondation HCB opens with a first show paying tribute to Martine Franck, the wife of Henri Cartier-Bresson with a dedicated retrospective. Franck professed a celebration of life, a wonder and profound joy when faced with humanity, while at the same time fighting against exclusion.

A journey through the life of a free spirit, from activist gatherings to meditative landscapes, political engagement to friendly portraits, this deeply human vision open to the history of art was associated with the Viva agency, which she helped create, then with the cooperative Magnum Photos.

The Politics of Seeing features major works by world famous American photographer Dorothea Lange (1895–1966), some of which have never been exhibited in France. The exhibition focuses on the extraordinary emotional power of Dorothea Lange’s work and on the context of her documentary practice. It features five specific series: the Depression period (1933-1934), a selection of works from the Farm Security Administration (1935-1939), the Japanese American internment (1942), the Richmond shipyards (1942-1944) and a series on a Public defender (1955-1957).

Dorothea Lange’s œuvre has contributed to the conception of America’s interwar years and to our knowledge of this period. However, this exhibition also introduces other aspects of Dorothea Lange’s practice which she considered archival.

Click the banners below to view Sotheby's upcoming photography sales. 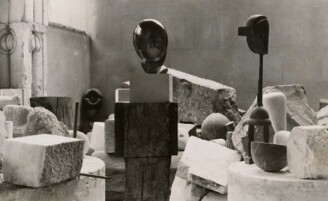 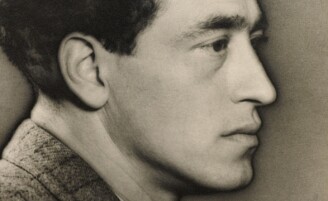 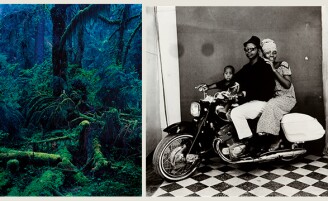