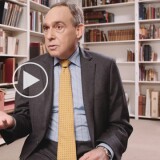 Selby Kiffer joined Sotheby’s in 1984 and now has principal responsibility for historical American manuscripts, travel and atlases, and natural history books. He has been involved in the sale of many of the most celebrated private libraries offered at auction during the last half century, most notably those of H. Bradley Martin, the Garden Ltd., Frank T. Siebert, Otto Schäfer, Maurice Neville, and James S. Copley. Mr. Kiffer has researched and catalogued the most expensive book ever sold at auction, the 1640 Cambridge, Massachusetts, Whole Booke of Psalmes, as well as the most expensive letters ever sold at auction by Abraham Lincoln, Thomas Jefferson, John Adams, Benjamin Franklin, and many other figures from American history.

He has played a role in the discovery (or rediscovery) of several bibliographical treasures, including three previously unrecorded copies of the Dunlap broadside of the Declaration of Independence; a lost fragment of the autograph manuscript of Abraham Lincoln’s 1858 “House Divided” speech; the first half of the autograph manuscript of Adventures of Huckleberry Finn; and four early notebooks of Walt Whitman, which had been missing from the Library of Congress for more than fifty years.

Mr. Kiffer is a frequent lecturer to library friends and other academic groups and is active in professional rare books activities. During the summer of 2011 he spoke about the First Folio at the Folger Shakespeare Library, Washington, D.C., and about the Declaration of Independence at the Rare Book School, University of Virginia. He was a speaker at the Centennial Meeting of the Bibliographical Society of America in 2004; and a panelist at the first Rare Book Forum, “Private Collectors and Special Collections Libraries,” held The Library of Congress, Washington, D.C., in 2001. Mr. Kiffer was a featured appraiser on the Public Television series Antiques Road Show and has been the principal subject of three documentaries on C-SPAN2’s Book TV. He is a member of the board of directors of the Rare Book School, University of Virginia.