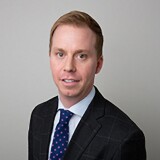 Peter Kloman, Senior Vice President and Senior Fine Art Specialist, is based in Sotheby's Los Angeles office and expands the growing presence of Sotheby's on the West Coast of the United States. Kloman's expertise spans the 20th century, with particular depth in American Art.

Kloman previously spent sixteen years with Christie's, starting in the New York office in 2000 in their Trusts, Estates and Appraisals department before moving into a specialist role in American Art in 2002. From 2006-2009, Kloman directed the firm's twice-annual sale of California, Western and American Art in Los Angeles while maintaining a role as a Senior Specialist in American Art coordinating appraisals and business development throughout the western half of the United States. From 2010-2016 his role expanded to Senior Vice President, Senior Specialist Fine Art, assisting private collectors and institutions throughout the United States with collections management, appraisals, private sales, and auction consignments. He holds a B.A. in Art History from the University of Virginia.