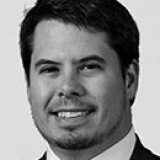 John D Ward joined Sotheby’s in 1997 and has presided over the strong slate of single-owner and various-owners Silver sales the company has offered in New York.

Mr Ward presided over the Charles L Poor sale of Early English Silver, the Jaime Ortiz-Patiño sales of Lamerie and English Chinoiserie Silver, The Jeffords Collection of Early American Silver, The Bluhdorn Collection of Important English Silver and Silver-gilt, and the Thyssen Meissonnier Tureen, the second-highest price ever paid for Silver at auction. He also catalogued the English Silver of the Royal House of Hanover when that was offered in Germany in 2005. Mr Ward has placed works with the Metropolitan Museum of Art, The Gilbert Collection, Winterthur and other major institutions in Boston, Chicago, St Louis, Dallas, Houston, Baltimore, Los Angeles County and the British National Trust.

Mr Ward has a Bachelor of Arts degree from the University of Chicago and a Master's degree in the History of Decorative Arts from the Bard Graduate Center for Studies in the Decorative Arts, New York.