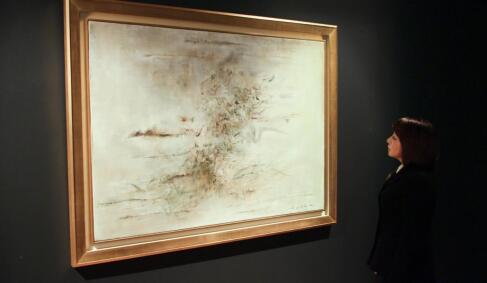 The monumental Untitled, with its characteristic sharp, distinct lines and the modest use of colours, is one of the stunning examples of Zao Wou-Ki’s celebrated Oracle Bone Period executed in the 1950s. The work was originally acquired from Kootz Gallery by Judge and Mrs. Samuel I. Rosenman, the first Counsellor of the White House, who later on donated it to the Solomon R. Guggenheim Museum, and has remained in the same collection for over half a century.