Presented by Sotheby’s and Jing Daily

On May 22, Sotheby’s and Jing Daily will host an exclusive conference in New York. Held at Sotheby’s New York headquarters, “The Future of Luxury II: New Pillars of eCommerce” will gather thought-leaders in the luxury industry to create a meaningful conversation about today’s innovative eCommerce tactics.

Panel topics will include: 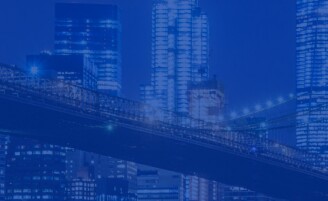 Luxury brands are master storytellers, using online content and social media to inspire aspirational consumers to purchase goods through narratives that attest heritage, quality and exclusivity. During this discussion, panelists will explore how storytelling online and through social media shapes perceptions of luxury. eCommerce

Simon Collins, Founder of WeDesign.org and former Dean of The School of Fashion at Parsons
Simon Collins is a design thinker, speaker, writer, educator, designer and advisor. Following a career as a fashion designer then creative director for some of the world’s leading brands including Nike, Polo and Zegna, he spent seven years as Dean of the School of Fashion at Parsons where he helped turn the quietly respected design school into a global mega-brand that partnered with luxury groups like Kering and LVMH. In 2017 Collins launched WeDesign.org a global design education platform with a mission to give the world’s best design education to anyone anywhere in the world via live-link video classes with highly respected professors.

Josh Pullan, Deputy Managing Director, Global Jewelry & Watches Digital, Sotheby’s
Josh Pullan is the Deputy Managing Director, Global Jewels & Watches Digital and New Initiatives and leads innovation, new selling models and strategic partnerships within the luxury space. During his time in New York, Josh launched Sotheby’s eCommerce businesses, which today exceed $200M in annual sales. Under his leadership, Sotheby’s has entered new vertical such as loose diamonds and experiences, as well as developing partnerships with some of the world’s leading luxury brands and designers. He has also launched several new operating models that drive cost out of the business and increase speed to market.

Laurence Lim Dally, Founder and Managing Director, Cherry Blossoms Marketing Research & Consulting
Laurence Lim Dally is the Managing Director of Cherry Blossoms Marketing Research & Consulting, that she founded in 2008. This branding agency, based in Hong Kong and New York helps Western companies take into account cultural differences between China and the West, for brands to better resonate with Chinese consumers. Laurence graduated from HEC School of Management, holds Master’s degrees in Humanities and English from the Sorbonne University and degrees in Mandarin from the Chinese University of Hong Kong and the INCALCO in Paris.


Jacob Metzger, Co-Founder, Grailed, Freelance Brand Strategist
Upon graduating from Swarthmore College Jake began working for noted political risk consulting firm Eurasia Group, managing a $10MM client portfolio of financial institutions. Simultaneously he grew a small blog into an established voice in the menswear community, eventually working on brand and image consulting. He then joined an eCommerce and content startup web platform, which led to him co-founding Grailed, a peer-to-peer menswear marketplace, where he was tasked with growing the audience for the site and branding the platform from pre-seed to a valuation of $100M+. He recently left Grailed and is currently consulting on brand strategy for a number of luxury clients, including Sotheby’s eCommerce division.

The New Landscape of Luxury: Experiential

Despite all their success, global eCommerce players have come to the realization that having an online presence is no longer enough to satiate the modern luxury consumer. Digital-native retailers like Rent the Runway and The RealReal have both invested in building out brick-and-mortar strategies, while traditional luxury brands have found that ephemeral store formats drive brand buzz, footfall and, importantly, sales.

However, having a physical space is no longer enough. New technologies such as artificial intelligence, augmented and virtual reality, and social media influencers are helping luxury brands create the immersive experiences consumers want.

Yiling Pan, Senior Editor, Jing Daily
Yiling is Senior Editor of Jing Daily, the leading digital publication on luxury consumer trends in China. Her coverage of the Chinese luxury industry combines a native perspective with her background in economics and finance. She is passionate about demystifying the forces shaping the future of the luxury industry in China by bringing readers the latest news, analysis, features, and reports exploring developments in that landscape.

James Eron, Partner, Kung Fu Data
With over 20 years of experience in Asia and consulting, James leads Kung Fu Data’s eCommerce Advisory practice developing successful China market entry and expansion strategies for B2C brands ranging from toothpaste to luxury. His ability to pull actionable insights from raw data has helped “move the needle” for his clients. He has a BS in Electrical and Computer Engineering from the University of Wisconsin – Madison, was a Researcher at Kyoto University, and has MBA from Haas UC Berkeley. He is currently based in the San Francisco Bay area.

Charlie Gu, CEO and Founder, Kollective Influence
Kollective Influence is a California-based marketing agency that helps brands and travel destinations deliver culturally authentic storytelling through the power of influencers. Before founding Kollective Influence in May 2018, Charlie was Director at China Luxury Advisors where he crafted China market strategies for clients such as Beverly Center, Utah Office of Tourism, SFMoMA, Asian Art Museum in San Francisco. Charlie has delivered over 50 China-Ready trainings on behalf of DMOs including Brand USA, Visit California and Discover Los Angeles. Charlie is currently serving on the board of PFLAG China, the country’s largest LGBT non-profit with over 120,000 registered members and 62 local chapters.

Michael Rock, Partner, Executive Creative Director, 2x4
Michael Rock is a founding partner and executive creative director of 2x4, Senior Critic at the Yale School of Art and Professor at the Columbia University Graduate School of Architecture. At 2x4, he leads a wide range of projects, both cultural and commercial, for Prada, Miu Miu, Kanye West, Nike, Target, Hyundai and many others. Rock’s writing on design has appeared in publications worldwide. His critically acclaimed collection of essays and projects, "Multiple Signatures," was published by Rizzoli International in Spring of 2013. He holds an A.B. in Humanities from Union College and an M.F.A from the Rhode Island School of Design. He is a recipient of the Rome Prize in Design from the American Academy in Rome.

Noah Wunsch, Senior Vice President, Global Head of eCommerce, Sotheby’s
Noah Wunsch has been at Sotheby’s for just over two years, first running marketing and digital strategy, before transitioning to his role in eCommerce. Prior to Sotheby’s, Noah ran business development and strategy for a number of magazines, digital media companies and startups, including Verst, a Greylock-led company acquired by Dropbox in 2016. He currently runs his family’s art foundation, The Wunsch Collection, which is focused on early American Decorative Arts and the narrative which ties it to contemporary design. Noah has a love of innovation in all of its forms, and has enjoyed breaking online only sales records in 2019 with such auctions as 20 Years of Supreme and the Friedrich von Hayek sale.

David Stark, Founder and President, Artestar
David Stark is the Founder and President of Artestar, an international brand licensing and consulting firm specializing in established fine art, fashion and design brands. The firm works with its clients to promote their brands, and model and execute licensing programs by analyzing product, market, and customer trends. Some of the firm’s current clients include the Keith Haring Foundation, the Estate of Jean-Michel Basquiat, the Robert Mapplethorpe Foundation, the Herb Ritts Foundation, Ai Weiwei, Hajime Sorayama, Maripol and Erik Parker, among others. Artestar’s customers operate in a broad range of categories from fashion brands to household consumer products. Some of the firm’s customers include Coach, Uniqlo, L’Oreal, Raf Simons, Comme Des Garcons, and Inditex.

Adina Avery-Grossman, partner, Brandgenuity
Adina is a founding partner of Brandgenuity, an award-winning, global brand licensing agency. Her areas of expertise include brand strategy, licensing planning and the development of products, packaging and marketing materials. She was classically trained in brand management at Kraft Foods and as a licensing agency has worked with renowned corporate and entertainment brands, including BMW, Anheuser Busch-InBev, Food Network, ARM & HAMMER, MGM, Playtex, and many others. Adina is an alumna of Princeton University and Columbia Business School. She sits on several non-profit boards.