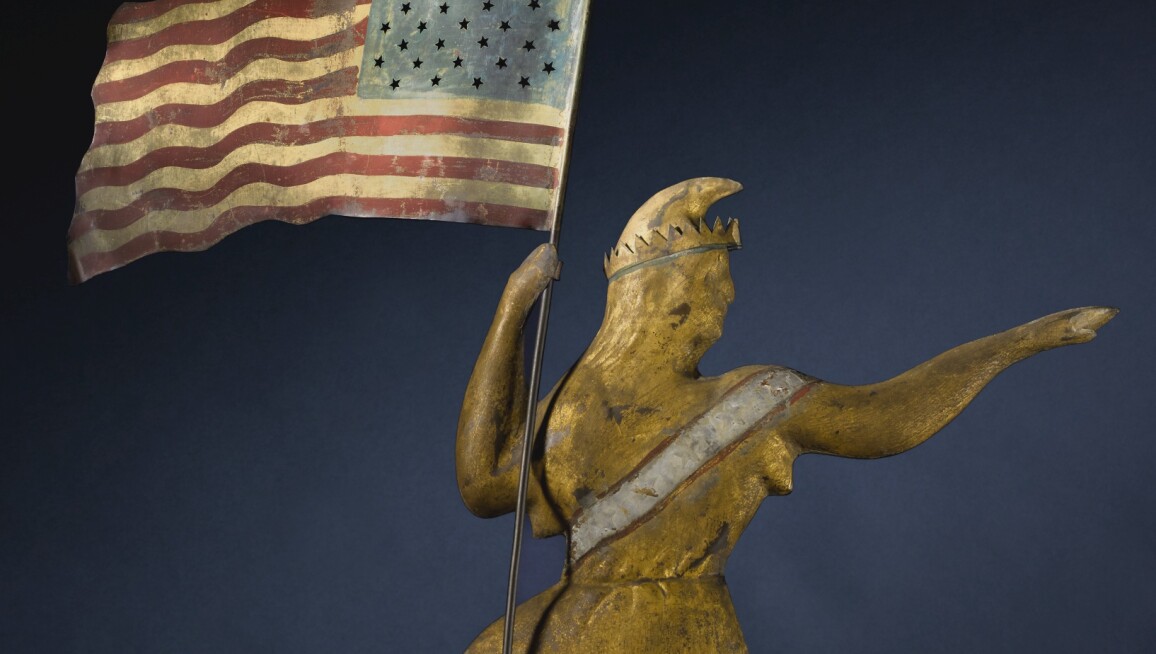 Crowned by sculptures of mythological beasts to famed racing horses, weathervanes are a uniquely American folk art, at once practical and whimsical, prized for their often playful imagery. Beyond David Teiger’s great interest in contemporary art, he was a passionate collector of sculptural American folk art with a collection that includes many of the most exemplary American weathervanes, including a Goddess of Liberty, a stag and even a salmon. Click ahead to discover the intriguing stories behind a few of our favorites.