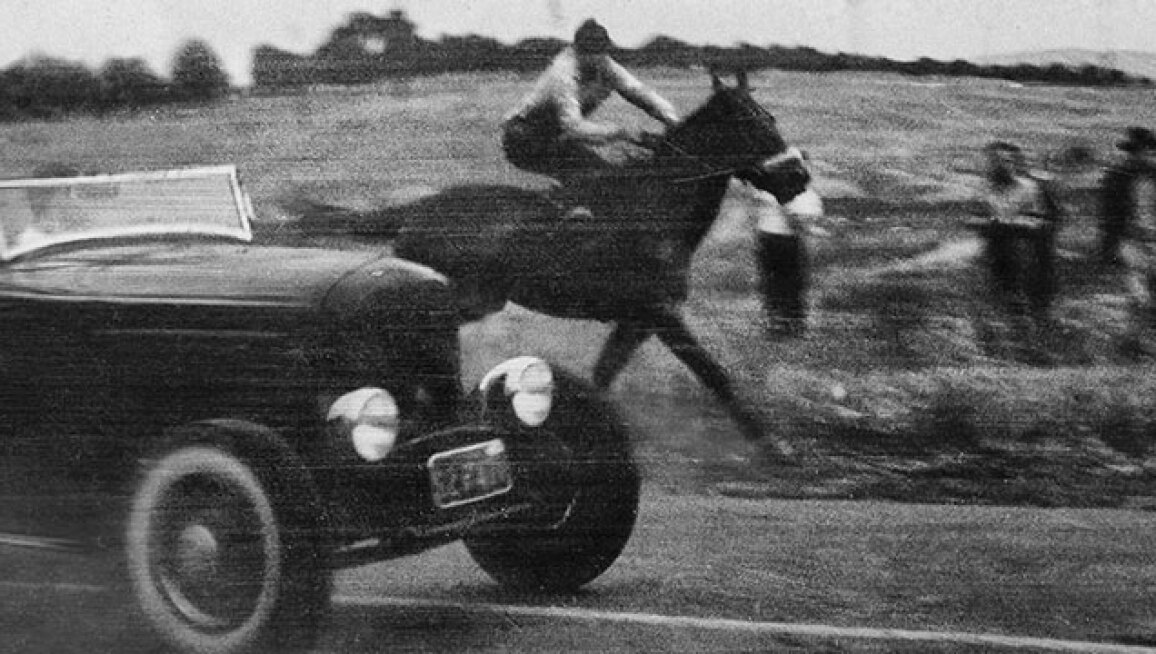 There are few cars more significant in the world of American Hot Rods than Pete Henderson’s 1932 Ford Roadster. Restored recently to its period appearance in 1944, the car will always be known as, “the Hot Rod that beat the racehorse.” Its well-documented history began in 1944 with a Saturday morning race on Highway 39 outside La Habra, California – a moment that many consider to be the birth of the quarter-mile drag race. Offered at RM Sotheby’s annual Hershey auction, this is a spectacular opportunity to own a true piece of American history. Click ahead to discover the Henderson Roadster’s full story, including its legendary race against a horse. –Jake Auerbach