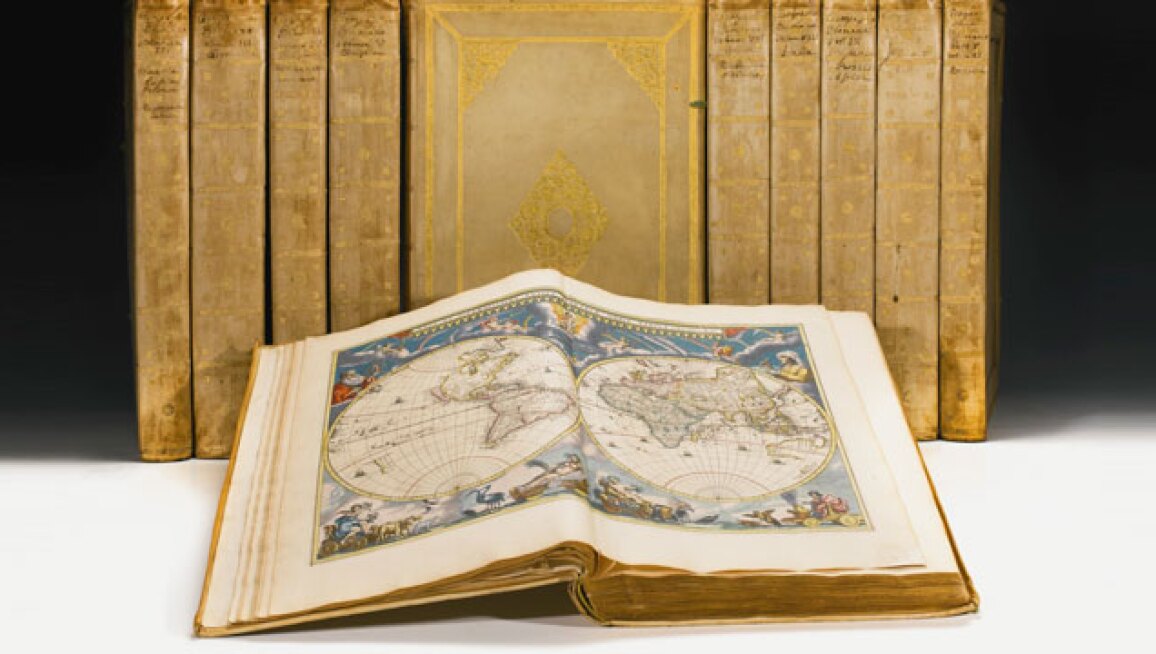 On 11 March 1744, the first auction was held by Samuel Baker, the founder of Sotheby’s. It was described as “containing several hundred scarce and valuable books in all branches of Polite Literature” – leaf forward some 270 years and books remain at the forefront of the auction houses sales in London. In thirteen auctions in 2015, the London Books and Manuscripts department sales totalled over £20 million. As the following images show, lots encompassed everything from exceptional works of exploration and discovery, to children’s literature spanning the last two centuries, to signed or inscribed books from the likes of T.S. Eliot, James Joyce and Oscar Wilde.