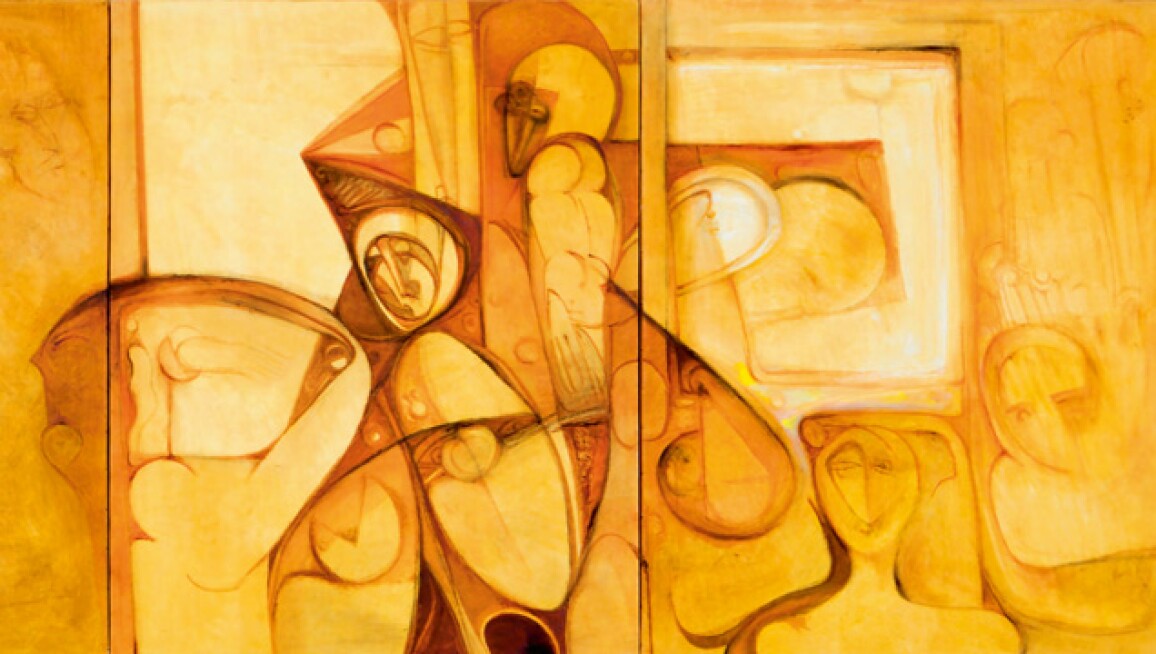 Works by Ibrahim El-Salahi and William Turnbull will go on display at S|2 Gallery in London on 9 October. Sudan-born El-Salahi's drawings act as an evolving journal of the artist's life; experimenting with both the figurative and the abstract in these autobiographical images. By contrast, Turnbull's totemic bronze sculptures demonstrate the artist's fascination with tribal motifs. Turnbull's exploration of material and form has secured his place as one of the 20th century's most prolific sculptors. Click through to see highlights from the exhibition.