Sotheby’s will celebrate the 100th anniversary of the founding of the Buccellati house with an auction of 26 jewels and accessories on 29 October in Paris, along with an outstanding exhibition of 21 pieces tracing the fascinating history of the celebrated Italian jeweler. The sale features jewels which were designed and created by Gianmaria Buccellati, some of which drew inspiration from original drawings by his father Mario Buccellati. Click the image above to see a selection. 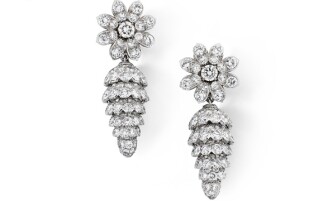