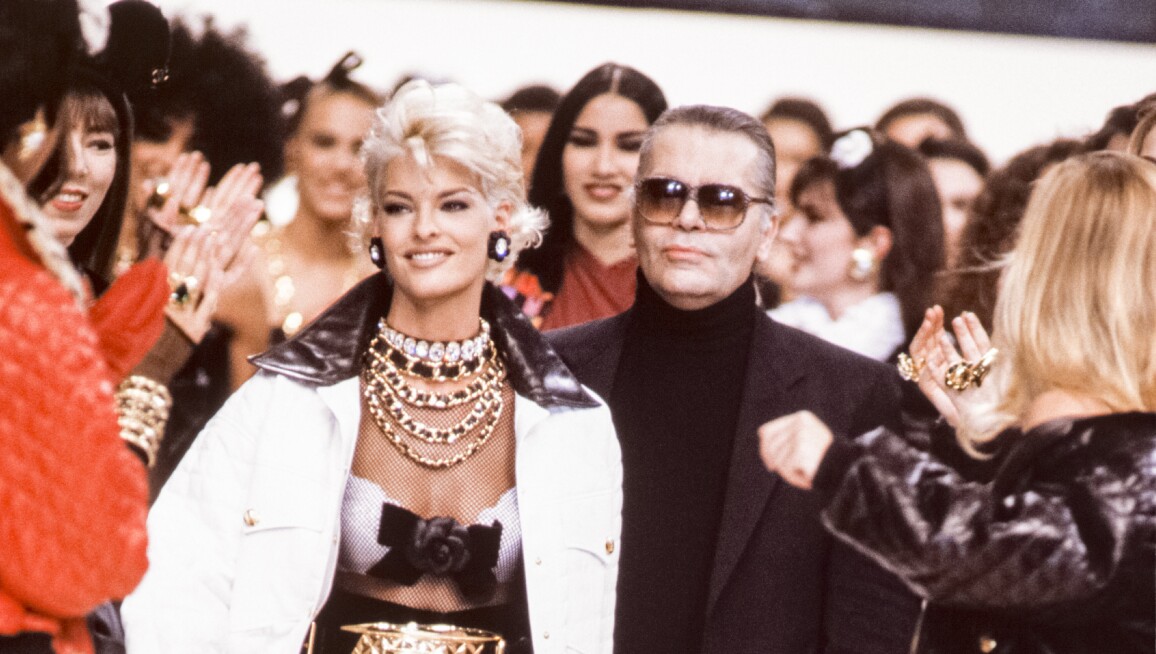 As celebrated for his wit and humor as his sartorial genius, the late Karl Lagerfeld revolutionized high fashion over half a century. In the midst of Fashion Week season, as the fashion industry mourns the loss of one of its most adored patrons and talents, who died at 85 on 19 February in Paris, the world also celebrates the German designer’s countless contributions. Since being hired as Pierre Balmain’s assistant in the 1950s, Lagerfeld went on to work for Chloé, Fendi and Chanel, where he famously revived the house during the 1980s. He also launched an eponymous line and partnered with several brands and stores, including a wildly popular collaboration with H&M. A couture collection would be incomplete without garments by Lagerfeld, as illustrated by the collections of Didier Ludot and Emmanuelle and Philippe Harros, sold at Sotheby’s in recent years. To honor Lagerfeld, we look back at some of his most memorable designs from these auctions, including the little black dress, an integral part of Chanel’s heritage. –Stephanie Sporn

Image: Linda Evangelista and Karl Lagerfeld walk the runway at the Chanel Ready to Wear Fall/Winter 1991-1992 fashion show during the Paris Fashion Week in March, 1991 in Paris, France. Photo by Victor VIRGILE/Gamma-Rapho via Getty Images.