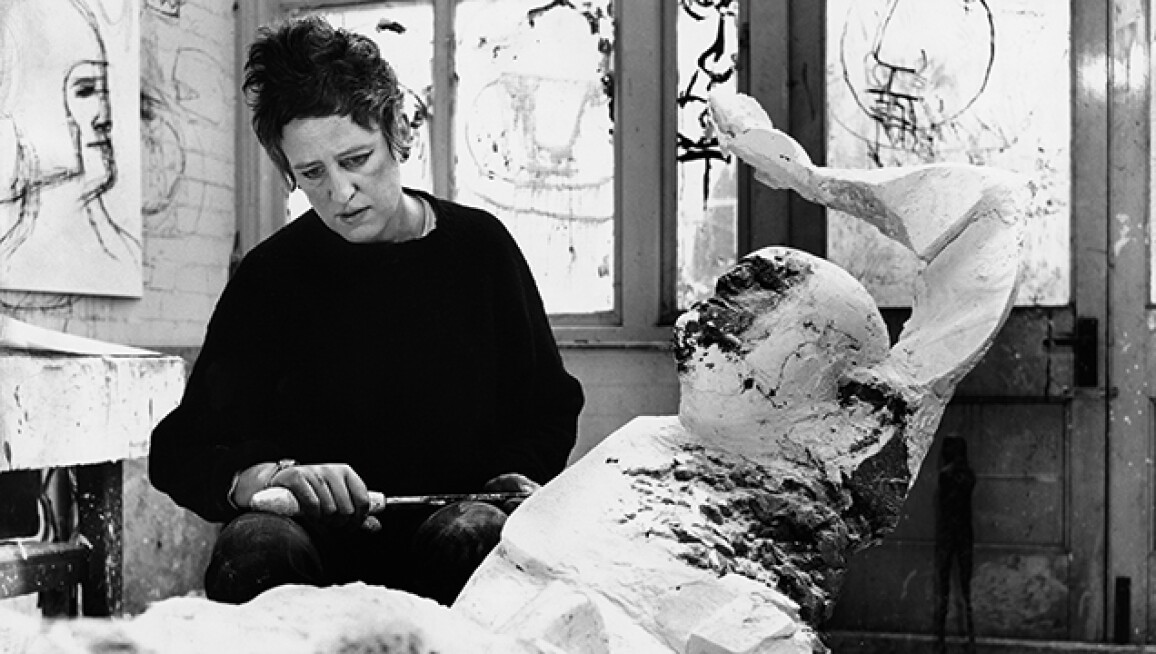 Jorge Lewinski (1921–2008) began photographing contemporary artists in the early 1960s. As an aspiring young talent, he chose to chronicle fellow image-makers rather than the celebrities, actors or writers popular at the time. Over his decades-long career, he captured more than 300 artists on film, often returning to photograph the same sitter, and developed an evolving portrait not only of his subjects but also of the evolution of postwar British art. In this remarkable period, Lewinski photographed such artists as David Hockney, Francis Bacon, Barbara Hepworth and Anthony Caro, often in their studios and in the context of their work. Of his own images Lewinski said he wished to “achieve a deeper kind of portrait – portraits which not only describe a person but give the viewer an insight into the imaginative world of each sitter.” Click ahead to discover ten penetrating portraits from the Jorge Lewinski photo archive.