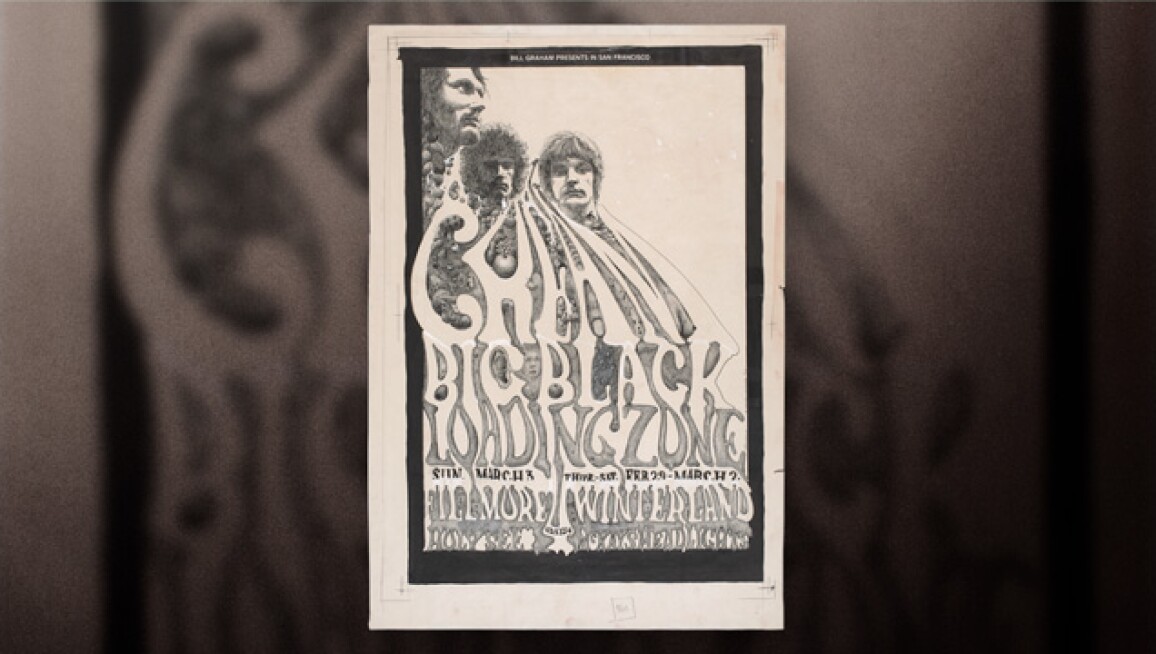 From the nightclubs of San Francisco to the slopes of Austria, unforgettable rock & roll spanned the globe – and musical styles – during the 1960s. Sotheby's 10 December sale A Rock & Roll Anthology: From Folk to Fury tells the story of the Seismic Sixties through a range of fascinating memorabilia and rare manuscripts, including Bob Dylan's sketches and hand-written Joni Mitchell lyrics that inspired a new generation of singer-songwriters. Click ahead for top highlights and memories from the decade. –Bill Crandall