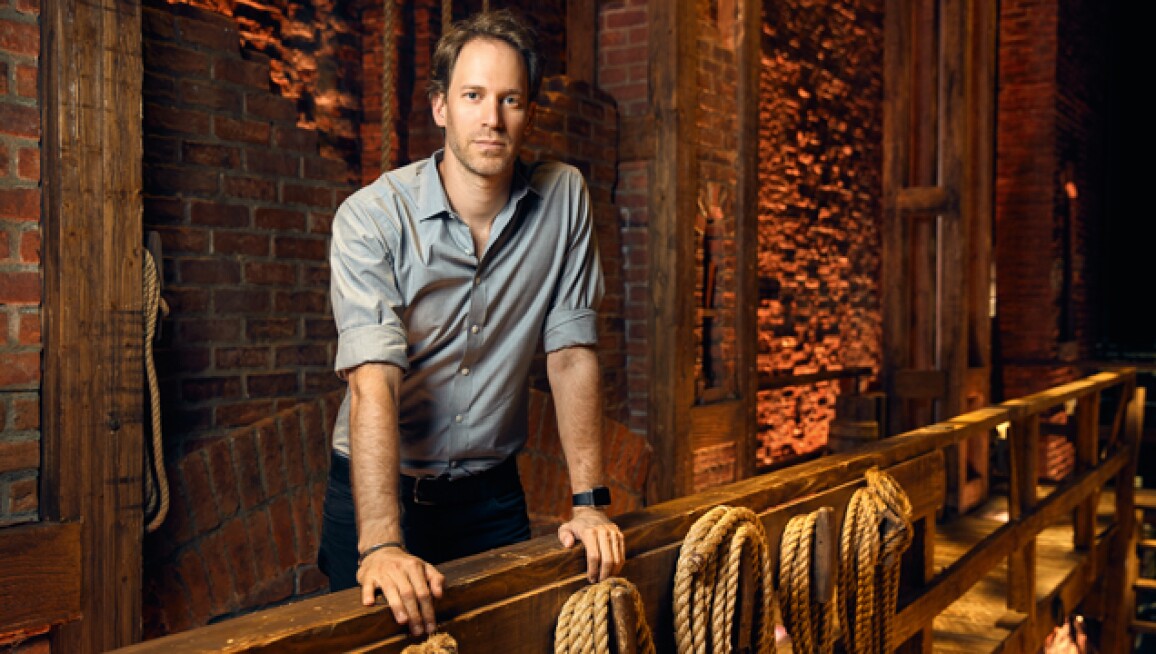 When he made his pitch to design the set for Lin-Manuel Miranda’s hip-hop musical Hamilton in 2015, Korins made no bones about it to director Thomas Kail. Quoting the show’s taglines, Korins told Kail that he deserved the job because he was “young, scrappy and hungry.” His choice of words was clever, but what clinched the deal was the reputation of Korin’s New York-based production company and impressive credits, which now include shows ranging from Annie on Broadway to Kanye West at Coachella. To research his Hamilton set – an ingenious arrangement of wooden stairs, ropes, pulleys and bricks – Korins visited Albany’s Schuyler House (Hamilton married one of the Schuyler sisters and flirted with another) and read Ron Chernow’s 800-plus-page biography as well as letters by the man himself. “The authenticity of the words resonates with me,” says Korins of Hamilton’s writings. Given his deep knowledge, it was natural that we ask him for his picks from our upcoming Americana Week, which includes a sale devoted to Alexander Hamilton. Click ahead to discover Korins’s personally curated selections.