Freud and Basquiat Lead Night of Strong Results in London 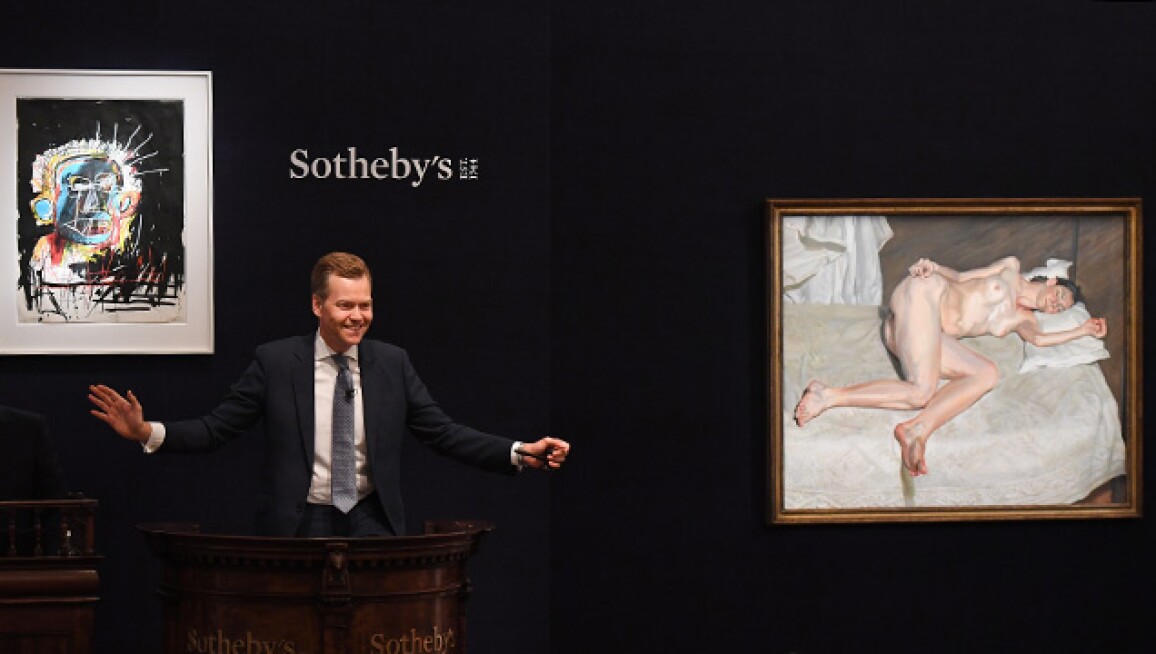 The Contemporary Art Evening Auction was led by Lucian Freud's Portrait on a White Cover which soared to £22.5 million after a lively bidding battle on the phones and in the saleroom on its auction debut. The appetite for Jean-Michel Basquiat showed no sign of waning, as three works sold for a combined total of £26.7 million, including Untitled, that rose to £14.7 million. Other highlights included Cecily Brown's The Skin of Our Teeth which achieved three times its low estimate, reaching £3 million, and Peter Doig's dreamlike landscape Daytime Astronomy (Grasshopper) which sold for £7.7 million. Click through to see the top results from the evening, which totalled £110,239,550.